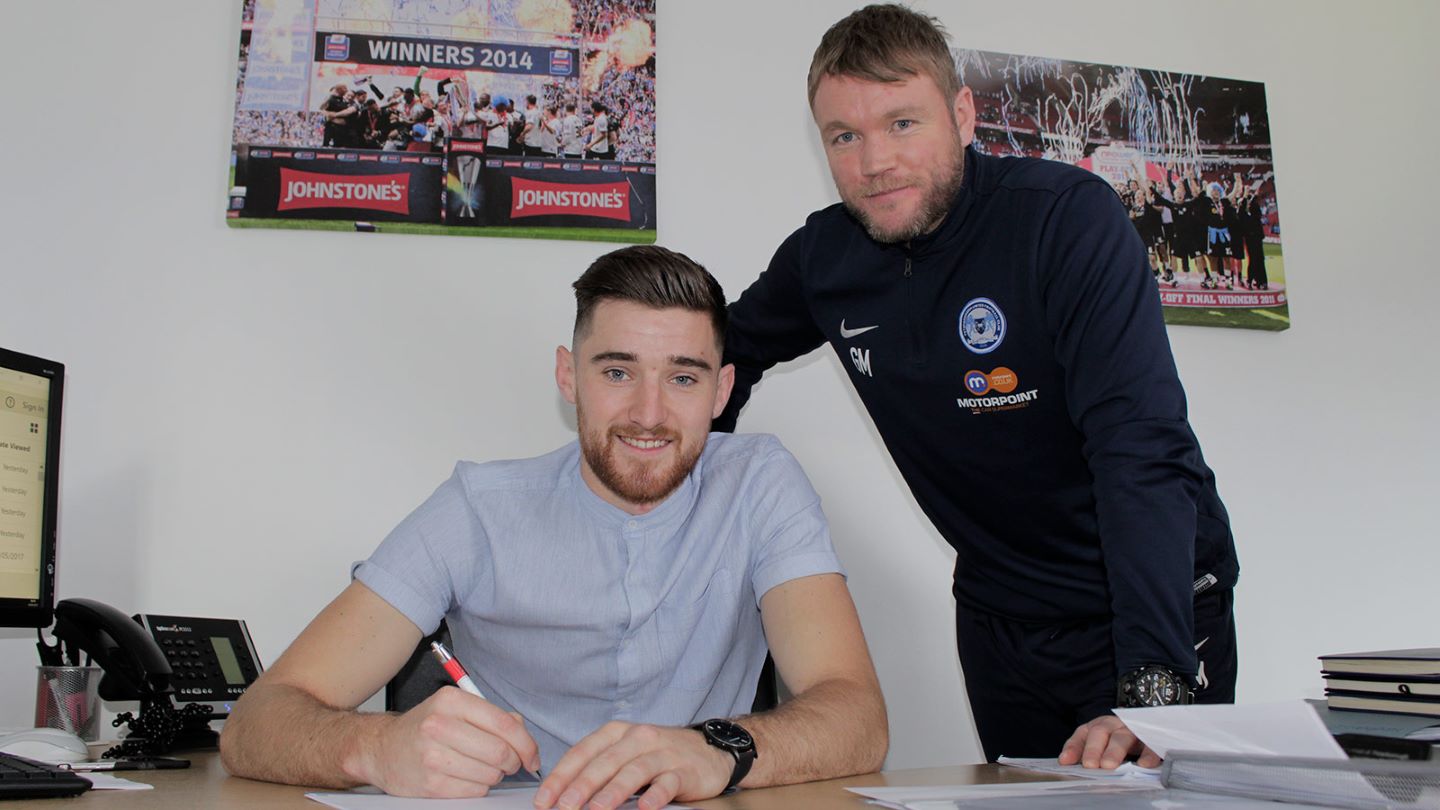 Peterborough United defender Jack Baldwin has put pen to paper on a new two-year contract at the ABAX Stadium and manager Grant McCann confirmed afterwards that the 23-year-old will be the club’s new captain for the 2017-2018 campaign.

The former Hartlepool United defender was entering his last year of his contract with the club but after sensible contract negotiations, Baldwin has committed his future to the football club until 2019 and is looking forward to helping his team-mates on and off the pitch moving forward.

“I have loved my time here so far, it has been hampered a little bit by injury so I feel this new deal is a bit of a fresh start for me. Touch wood, I am due a bit of luck with injuries now and it is time to kick on now. This deal gives me great security for me and my young family.

“My injuries were probably the biggest talking points when it came to the negotiations, the chairman has said that there needed to be common sense on both sides and I believe there was. I am thankful to the club for the way they stood by me when I was on the sidelines and it is about repaying that faith now.

“I will do everything I can to get my body in the best physical shape that is possible and I want to have a really good go at this season. It is about getting a bit of a mental as well as physical rest now and then report back for pre-season raring to go,” Baldwin said.

Manager Grant McCann admitted that Baldwin was a huge part of his plans moving forward and explained his decision in appointing the defender as his new captain. “I am really pleased that Jack has signed the new deal. He is integral to the way that I want to play and what we want to do next year. I think he is over the worst of his injuries and you saw in the games that he played when he was fully fit that he is a very good player and how much better our results were.

“I want to give him the responsibility of being captain. I spoke to Chris (Forrester) and I just want him to concentrate on his game. I think the captaincy probably got on top of him from Christmas onwards and he would probably agree with that. I believe Jack has all the attributes to be a really good captain of this club.

“Jack is a leader, he is determined, has a will to win and I think he will prove to be an excellent skipper. I am delighted that everything is sorted out and look forward to working with Jack moving forward.”

Baldwin admitted that the captaincy is a responsibility that he is relishing and is hoping to be a strong voice in the dressing room. “I am not the oldest but I turned professional when I was 18-years-old and moved away from family, so I have done a lot of growing up quite quickly. With a relatively young dressing room, I think it is important to have an older head on young shoulders and I will try and make the environment as good as it can be.

“Growing up, playing school and district football, I was made captain so I have a bit of experience in the role and I think people may see me as someone who has the attributes. I will be honoured to put on the armband and try and lead this club to where I believe they should be,” Baldwin added.