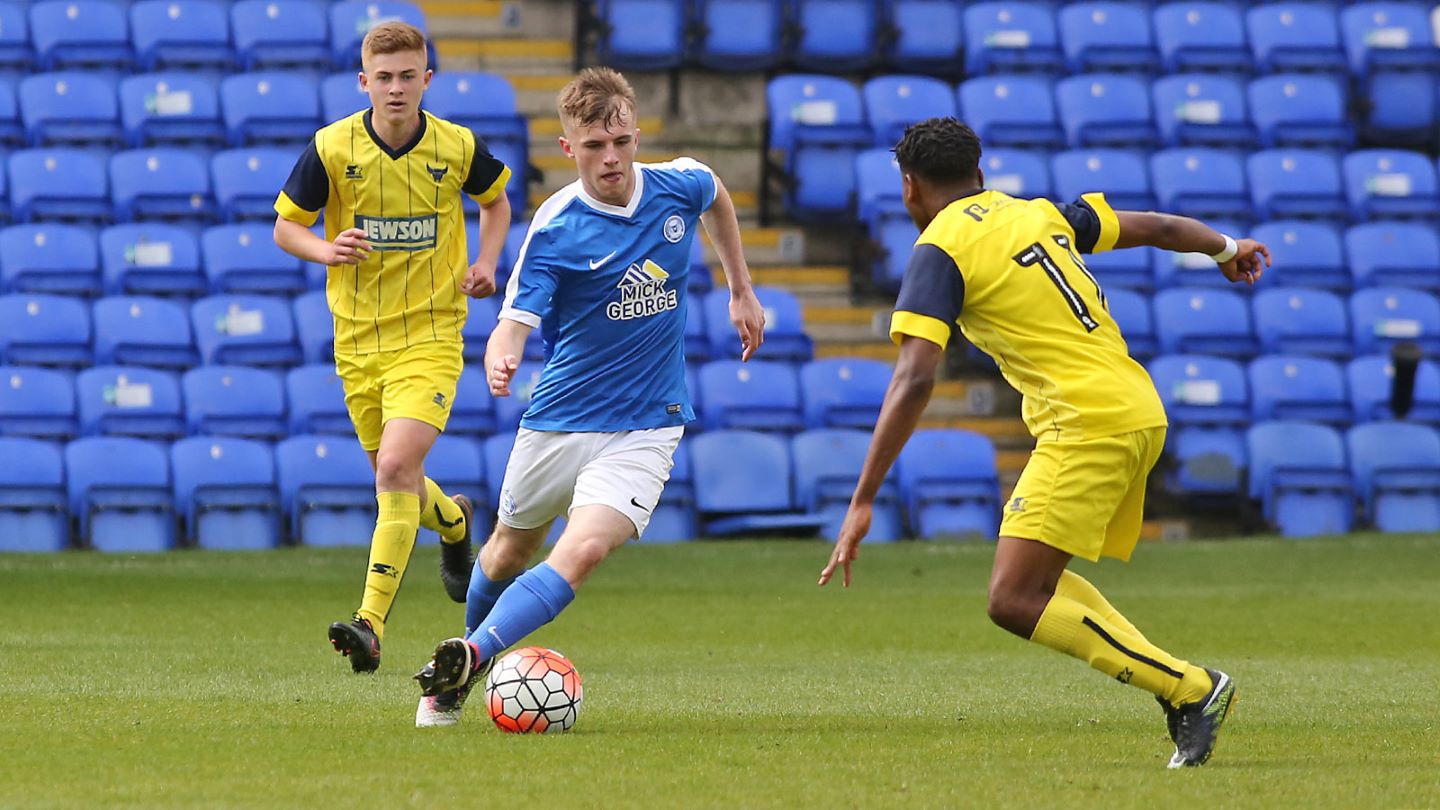 Under 18s Set For Daggers Clash

The Peterborough United under 18s entertain Dagenham and Redbridge at the ABAX Stadium on Wednesday evening as the Merit League comes to a close with Jack Collison's men needing a huge win to win the division.

Following the 1-1 draw with Oxford United at the ABAX on Saturday morning, Posh know they need to win by a big margin to return to the top of the table.

Morgan Penfold scored the goal against the U's at the weekend and he will be in the squad to face the Daggers who are struggling at the wrong end of the division.

Once again, it is free entry for all at the ABAX and Collison believes it will be another good opportunity for his youngsters to play in a stadium environment.

"We have a lot of first years' in our group so to play at the stadium will be a great experience for them and will stand them in good stead for the Youth Cup next season.

"We are desperate to finish the season well and we are looking forward to the game against the Daggers. Hopefully, a few fans can come down and give the young lads some support."