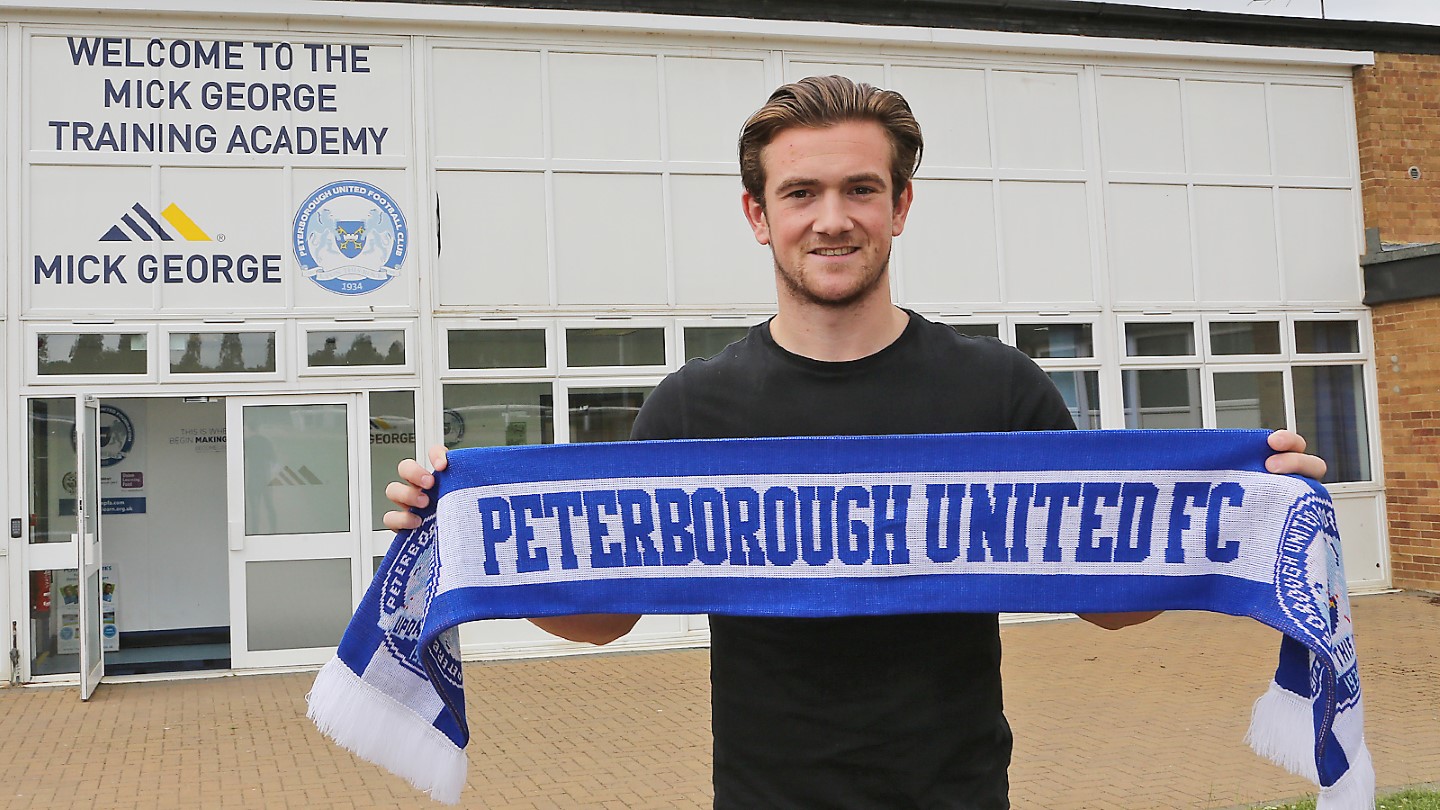 The Posh boss is pleased with his latest acquisition.

Peterborough United manager Grant McCann has spoken of his delight at the acquisition of highly-rated Luton Town front man Jack Marriott, who has put pen to paper on a long-term contract at the ABAX Stadium.

McCann described the signing as a ‘coup’ with a host of other clubs interested in the 22-year-old’s services. The Posh boss believes he will offer something different to the strike-force and is excited to be working with the former Ipswich Town front man.

“It is good to have Jack on board and I am really pleased to be honest. I think he brings something different to what we have got. He is like a young Craig Mackail-Smith in terms of his energy and his pace to run in behind and it is perhaps something that we have missed.

“I believe it is a good coup for us because there were a couple of Championship clubs in for him. Ever since I started talking with him, he wanted to come and join us and credit to the boy for that. I think everyone at the club deserves a lot of credit for getting this deal done. I am looking forward to working with him.”

Marriott has joined his new team-mates in Spain for the pre-season training camp. The players are set to be working in soaring temperatures as they prepare for the first pre-season friendly at St Albans.