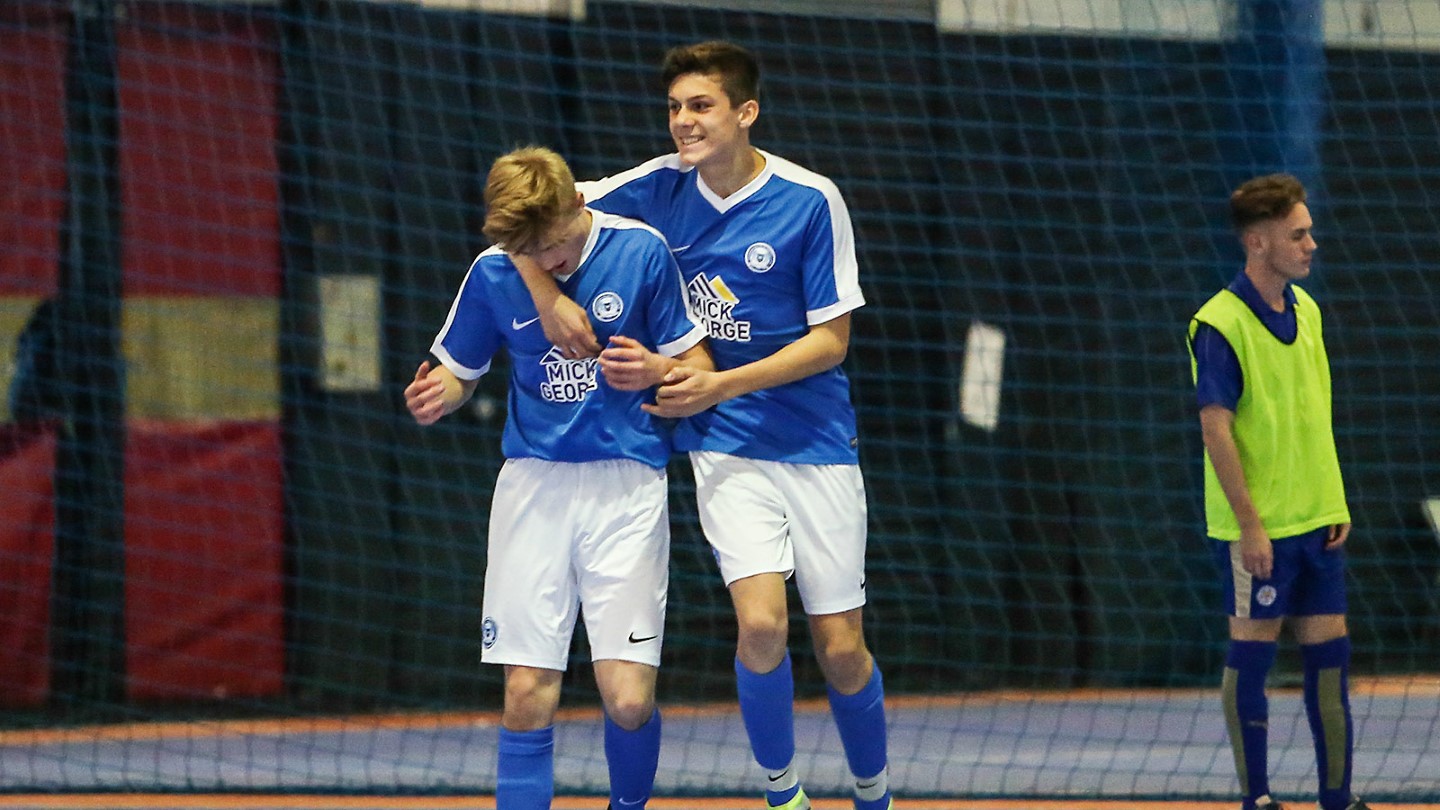 Ethan Stokes updates supporters on the latest from the Futsal scholarship programme.

The last week has been a busy one in the Futsal department. The start of the week saw the development side enter their national’s finals after an overnight stay in Birmingham.

The C team got off to a slow start after a 2-1 loss to Southampton F. They went on to draw 2-2 to both Plymouth C and Fleetwood A, but did not secure enough points to progress to the next stage. Alex Findley scored three on the day, with Cameron Wilcox and Keith Mureza also on target.

The D team also started slowly as they lost 3-0 to Scunthorpe C in their opening game. They drew their second game to Bristol City E 2-2, in which Chrupczalski scored both of the goals. Their progression hopes ended when they faced a huge blow as they lost 7-0 to Carlisle, who went on to win their respective nationals.

The Posh Cup squad then also stayed overnight in Birmingham before their EFL Cup Finals tournament on Thursday. They got off to an unlucky start on the day as they drew 3-3 with Southampton. They then thrashed Huddersfield 5-0, before losing to last year’s Winners Grimsby Town 3-0. Due to other results, Posh then qualified for the Semi-Finals. They lost this match 4-0 to bitter rivals Norwich City. Posh can come away from the day with recognition that they are in the top four teams in the Country, an achievement most teams can only dream of.

Nassunculo scored four on the day, with Jaquite getting two and Powell and Gray scoring one each.

The A team can look to beat the recent feats, as they look to come out victorious in next Thursday’s National Finals, to be held once again in Birmingham. The boys will have the luxury of stopping overnight, with a view to what is hopefully a very exciting tournament for the mighty Posh!