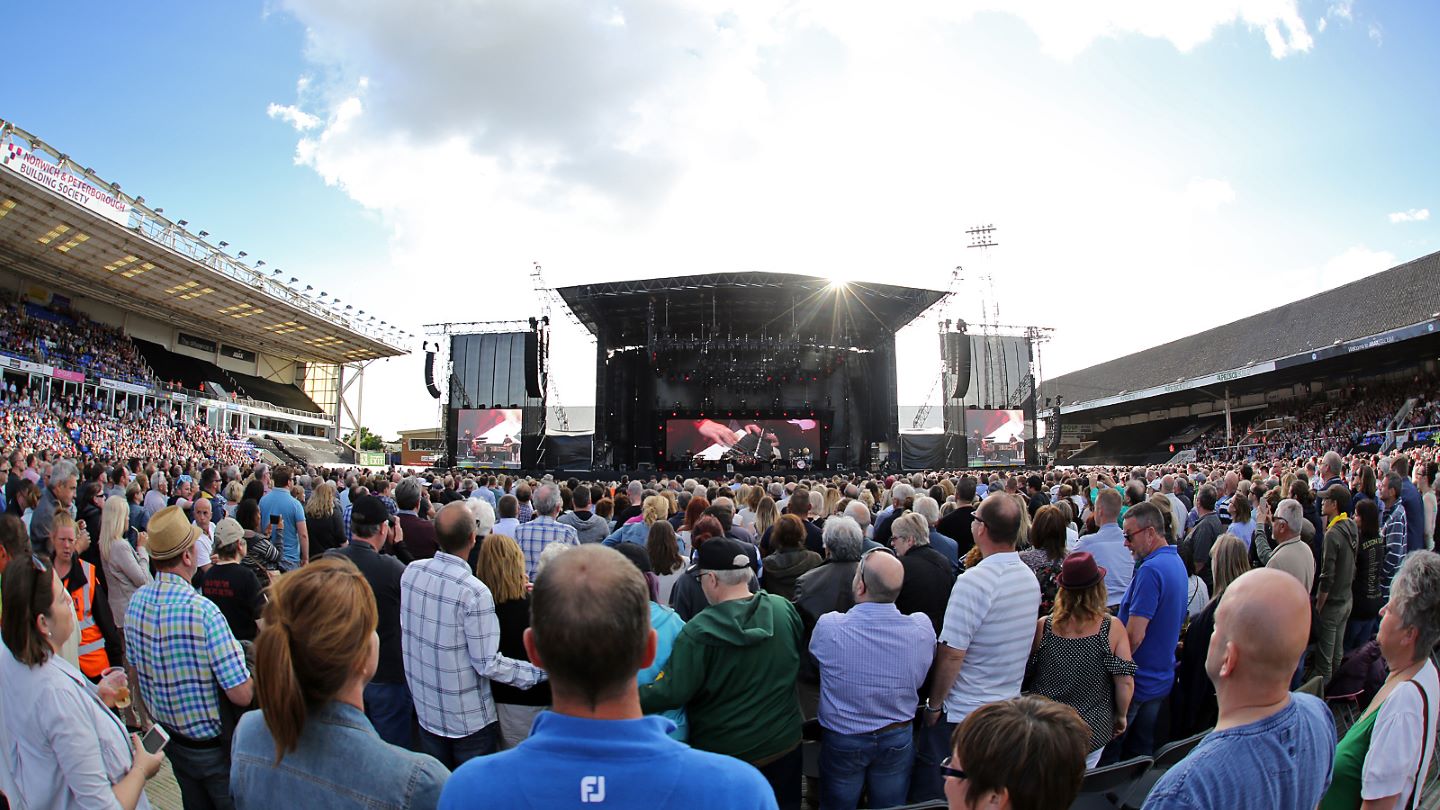 First concert at the ABAX Stadium hailed a success.

We might not be able to claim him as a Peterborough United fan, but Sir Elton John certainly looked at home at the ABAX Stadium on Sunday night as around 13,000 music lovers danced the night away to a hugely entertaining set of new and classic hits from down the years.

After an enthusiastic set for rising star Jake Isaac, Elton took to the stage, erected in front of the London Road Terrace at just after 7pm and surged through a plethora of hits including ‘Bennie and the Jets’, ‘Daniel’ and crowd favourite ‘I Guess That’s Why They Call It The Blues’, particularly apt at the home of the Posh, who he referenced in his first chat to the crowd.

With the crowd on their feet all around the stadium, songs from his new album ‘Wonderful Crazy Night’ including ‘A Good Heart’ and ‘Looking Up’ were well received and with the two-hour set in full swing, classics ‘Tiny Dancer’ and Rocket Man’ were delivered with the accompaniment of the crowd singing every line.

After dedicating ‘I Want Love’ to those tragically killed in the terrorist attacks in Manchester and London and ‘Don’t Let The Sun Go Down On Me’ to his friend George Michael who sadly passed away on Christmas Day last year, Elton finished with huge hits that had everyone in the stadium dancing in the aisles including ‘I’m Still Standing’.

After taking the applause and the standing ovation, Elton returned to sign a number of autographs from those at the front before concluding the night with ‘Candle in the Wind’. Commercial Manager and organiser Alex Harris said: “I think everyone will agree the concert was a huge success and hopefully the first of many at the ABAX Stadium.

“The atmosphere was fantastic and Sir Elton John and his band put on an incredible show, to put on a concert of this scale involves an incredible amount of support and input from all of our staff and contractors and I would like to thank each and every one of them for their superb efforts.”