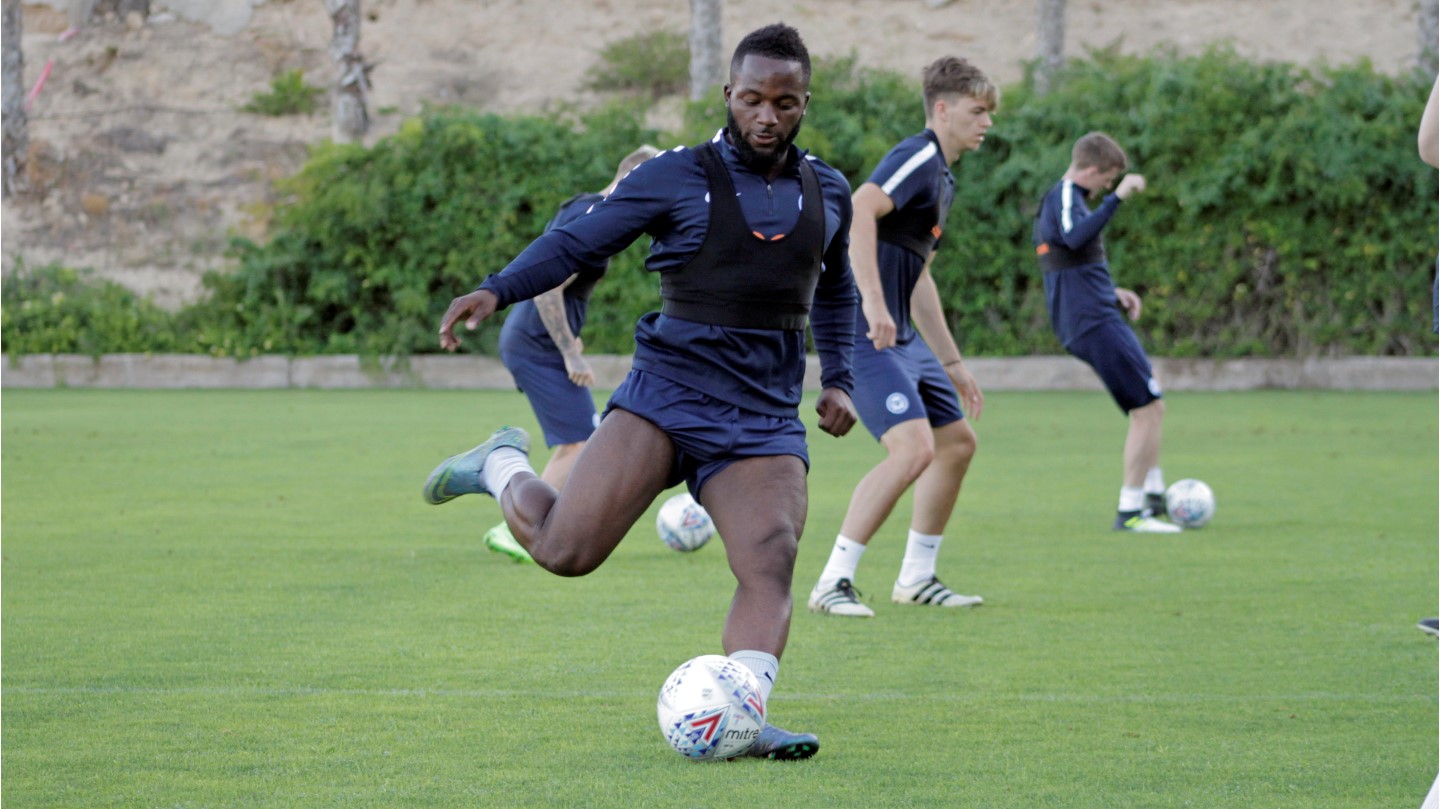 A Summer Of Work For Morias

Posh front man has worked hard during the summer in preparation for pre-season training.

For some, the summer months were about sun, sand and sea, but for others, it was like the season had never ended. No footballer ever completely shuts down in the off season – they would get caught out on the first day of pre-season training if they did – but some use those eight weeks to give themselves the best possible opportunity of success.

Striker Junior Morias joined Peterborough United in January 2017 and his brace of goals at Port Vale – his first goals in the EFL, meant a lot to him. Photographs taken of his celebration captured the former St Albans man in tears as the emotion took hold.

Now he wants to build on that first six months in professional football. Morias is now a lean, mean machine, maintaining that muscle despite the obvious hard graft. It was a decision he wanted to make himself and with the help of Head of Sports Science Ben Mackenzie, he spent most of May and June putting in the hours to prepare himself for the first day of pre-season training and the subsequent camp in Spain.

“It is a sacrifice I had to make,” Morias told the club’s iFollow video service. “I spoke to the gaffer and Ben Mackenzie at the back end of last season. Ben has been tremendous in terms of helping me during the off season, coming in to train with me and I thank him for that. I wanted to give myself the best opportunity so that I can perform to the best of my ability this season.

“I tried my best last season, but I felt like I couldn’t perform to the best of my ability. I joined the club from non-league where I wasn’t training day in, day out and it does take time to adjust. I feel this pre-season will be very important for me. The work that I have done in the summer has got me to this point and I feel the training now is like a top-up.

“The strength has always been there, I just had to shred a little bit and lose a bit and that is something that I wanted to do personally. I was willing to do that myself. As much as I was working on that aspect of my fitness, I was obviously working hard on all other aspects of my game to keep improving.

“Competition for places is always healthy and we have got good strikers at this football club. I don’t mind that, it is about helping each other. Obviously I want to be in the starting line-up, but if I am not, then I will be on the side-lines cheering the boys on.”

You can watch the full interview with Junior on the club’s iFollow service.