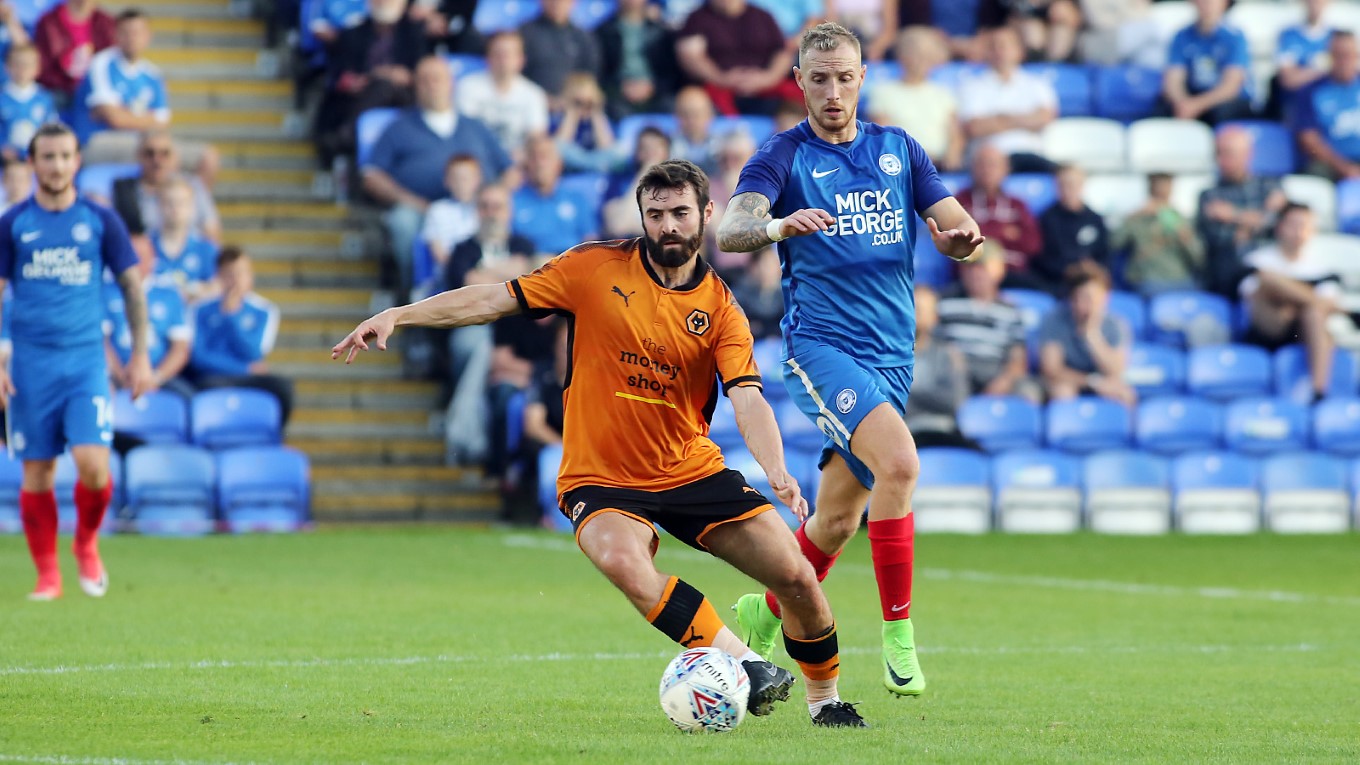 Grant McCann’s Peterborough United side struggled to create any clear cut opportunities in front of goal against Sky Bet Championship big spenders but suffered only a narrow defeat to their visitors, Academy starlet Austin Samuels with the only goal of the game in the second period.

Jonathan Bond was well positioned to deny Connor Ronan who let fly from long-range as Wolves made a decent start to the friendly in the summer sunshine. In a half of few clear cut chances, Wolves did have another go from distance on the half hour mark with Ivan Cavaleiro firing over from the edge of the box.

Josh Tibbetts did well to save with his legs to deny former Cardiff City man Joe Mason after the striker had benefitted from a slip from Penny.  Bright Enobakhare fired wide from 30-yards as Wolves continued the long-range approach.

On 70 minutes, the Championship side nudged ahead and it was their Academy starlet Austin SAMUELS with the goal, tapping home from close-range after a sweeping counter attack as Posh conceded following their own corner kick.

Mackail-Smith saw a looping header gathered by the giant goalkeeper Burgoyne moments later after Borg had been upended following a strong run on the left-hand side. Samuels stabbed wide from 10-yards after finding a bit of room in the box as the visitors pushed for a second goal.

Tibbetts did well to smother at the feet of the pacy Samuels on 86 minutes as Posh struggled to clear just outside their own penalty area.