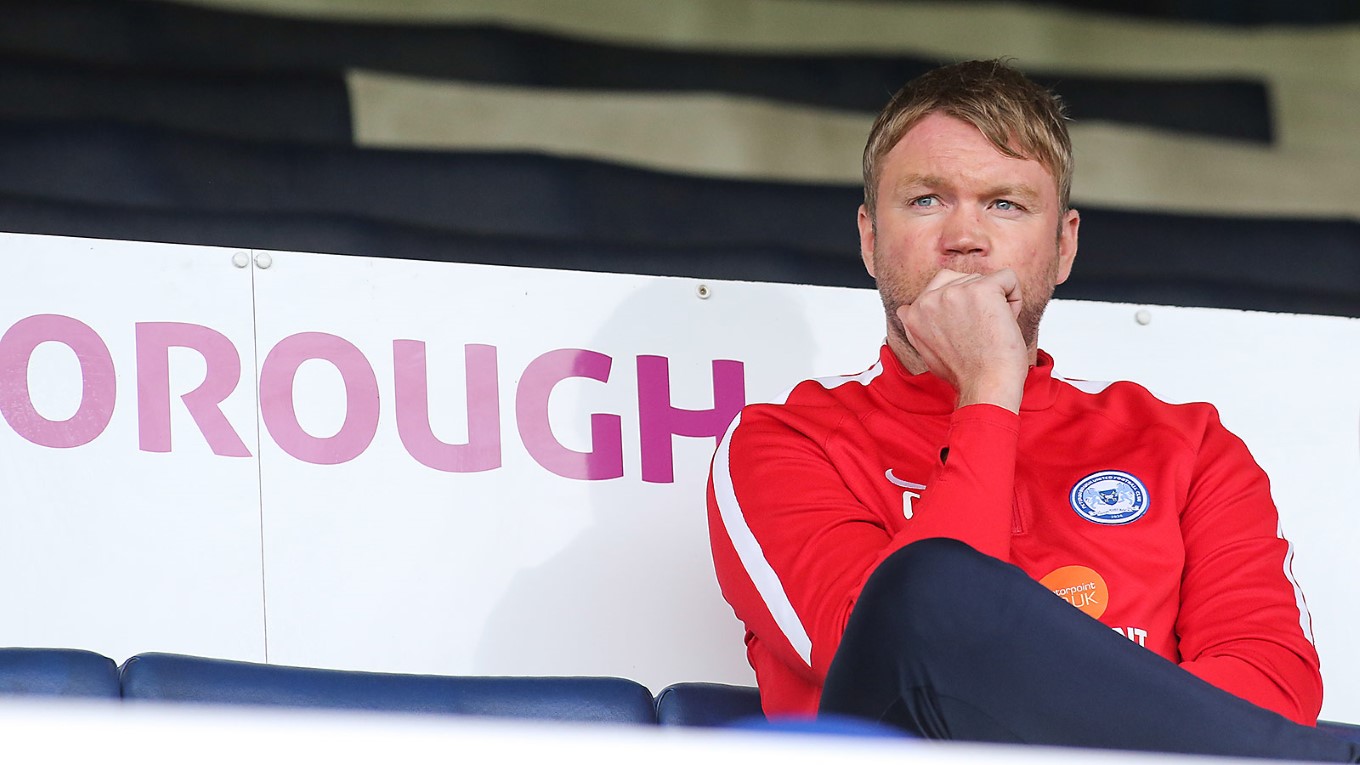 Peterborough United manager Grant McCann has spoken to theposh.com following the departure of striker Tom Nichols to Bristol Rovers for an undisclosed fee and confirmed the club are in the market for a potential replacement ahead of the new Sky Bet League One campaign.

McCann is happy with the three senior forwards currently at the club in Ricky Miller, Jack Marriott and Junior Morias but has admitted that if they can find a replacement that will compliment the attacking players, they will add to the squad.

“It was a difficult one with Tom really. There was an approach for Tom on Friday and rightly, that bid was squashed by the chairman and Barry. Tom spoke with me and told me that he had no real desire to leave the club.

“During the game on Saturday, there were a few boos from the stand when his name was announced and it upset him and his partner. Everyone has an opinion, rightly or wrongly. He wanted to go and speak to Bristol Rovers and that was the last conversation I had with him. The deal now has been done and we move on.

“Tom is a great lad and for his first season in League One to score 13 goals, 10 of which came in the league was a good effort and it wouldn’t surprise me if he scored more goals at Bristol Rovers. As long as he doesn’t score against us that is fine by me. As you know, when one player leaves, we will have targets as a replacement.

“We have lists and we will try and get the one that we want to make us stronger, but I am really pleased with Junior, Jack and Ricky. If we can get another one to compliment them then I will be pleased. We can’t bring in one too similar to the three we have already. They are all different in the way that they play, they might be the same size and stature, but they bring different attributes to the club.

“If we can get one to different to them then we will do that, because it is making sure we have those options. We will make sure we pick the right one that suits us. They have to have the hunger and aggression that those three I have mentioned have,” McCann said.