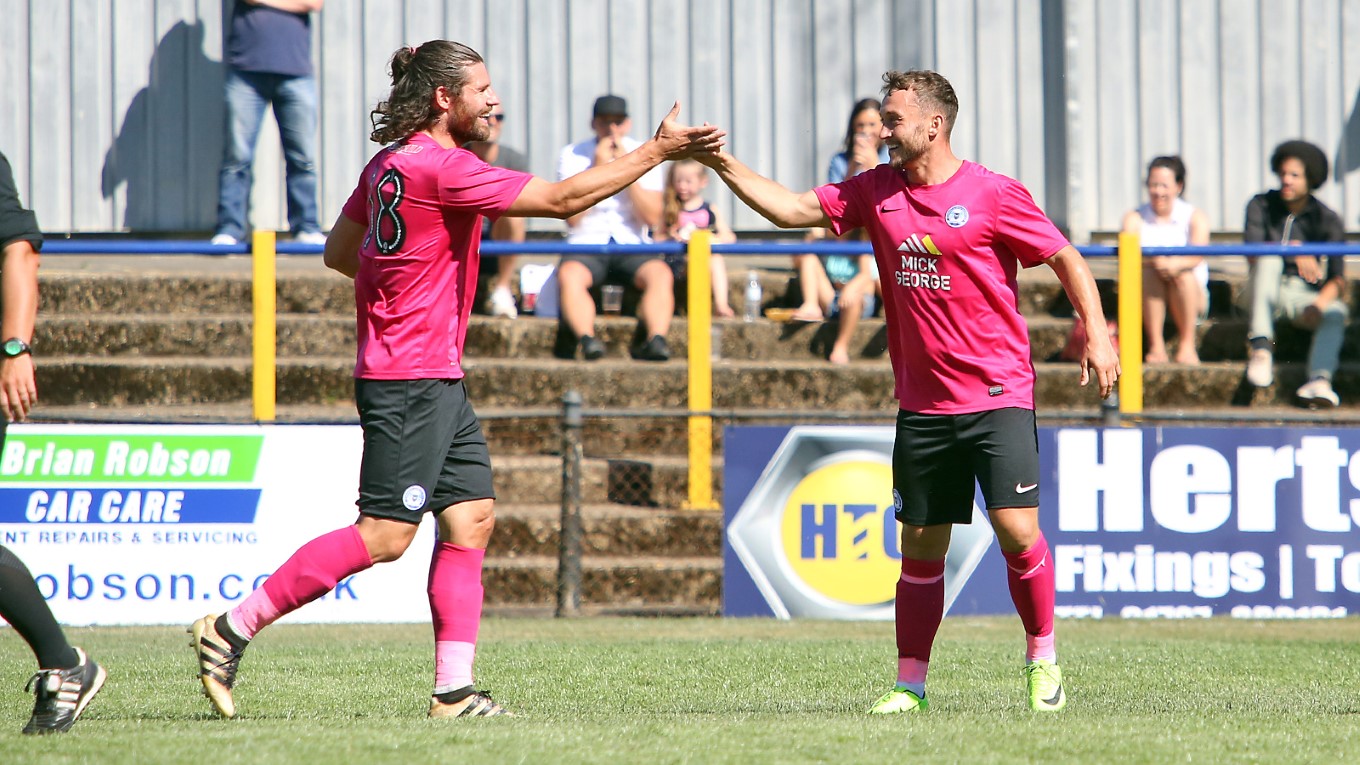 Peterborough United opened their pre-season account with a comfortable 4-1 victory at non-league St. Albans City, but Grant McCann’s men had to come from behind to secure the win with Ricky Miller bagging a brace, the second a hugely impressive effort.

Junior Morias also netted against his former club while summer signing Danny Lloyd curled home a left-footed free-kick in an explosive beginning to the second period.

Both sides took time to adjust to the dry conditions at Clarence Park, but St. Albans keeper Snedker was called into action on eight minutes to parry a fierce drive from Gwion Edwards after the former Crawley man glided past two defenders after an initial neat turn. Junior Morias headed the rebound into the arms of the keeper.

Marcus Maddison was denied by Snedker moments later after a forceful run into the box as chances began to be created in front of goal. Bender volleyed over on 23 minutes after a bit of good play from the home side.

The hosts got themselves in front on the half hour mark as Da Silva Lopes was penalised for hauling down his man in the box. Shane LUCIEN stepped up and coolly rolled the ball down the middle to give St. Albans the lead.

Tibbetts made a fine stop to deny Banton from close-range moments later as the yellows created a wonderful opportunity for a second goal. On 43 minutes, Posh drew themselves level and it was former St. Albans man Junior MORIAS with the goal, a powerful right-foot finish into the roof of the net after a clipped pass forward.

After mass changes at the break, with Ryan Tafazolli skippering the second half XI, Posh soon got down to business and within three minutes of the re-start, it was 2-1 with Danny LLOYD curling home a left-footed free-kick into the bottom corner after he himself had been felled.

Miller was denied at the near post by Snedker on 53 minutes after linking well with Nichols and Lloyd. On 56 minutes, it was 3-1 as MILLER saw a left-footed free-kick creep into the bottom corner via the possible aid of a slight deflection but less than 60 seconds later, MILLER made no doubt with a sublime chip over the keeper from a tight angle.

A fine through ball from Lloyd picked out Miller on 63 minutes, but this time the former Dover Athletic front man saw his left-foot effort saved by Snedker. Lloyd was denied by a smothering save by Snedker and then by a clearance off the line as Posh pushed for a fifth goal in the summer sunshine.

Nichols blazed over after combining well with Miller as the contest entered the final few minutes while Lewis Freestone saw a right-footed shot tipped over the bar by Snedker.