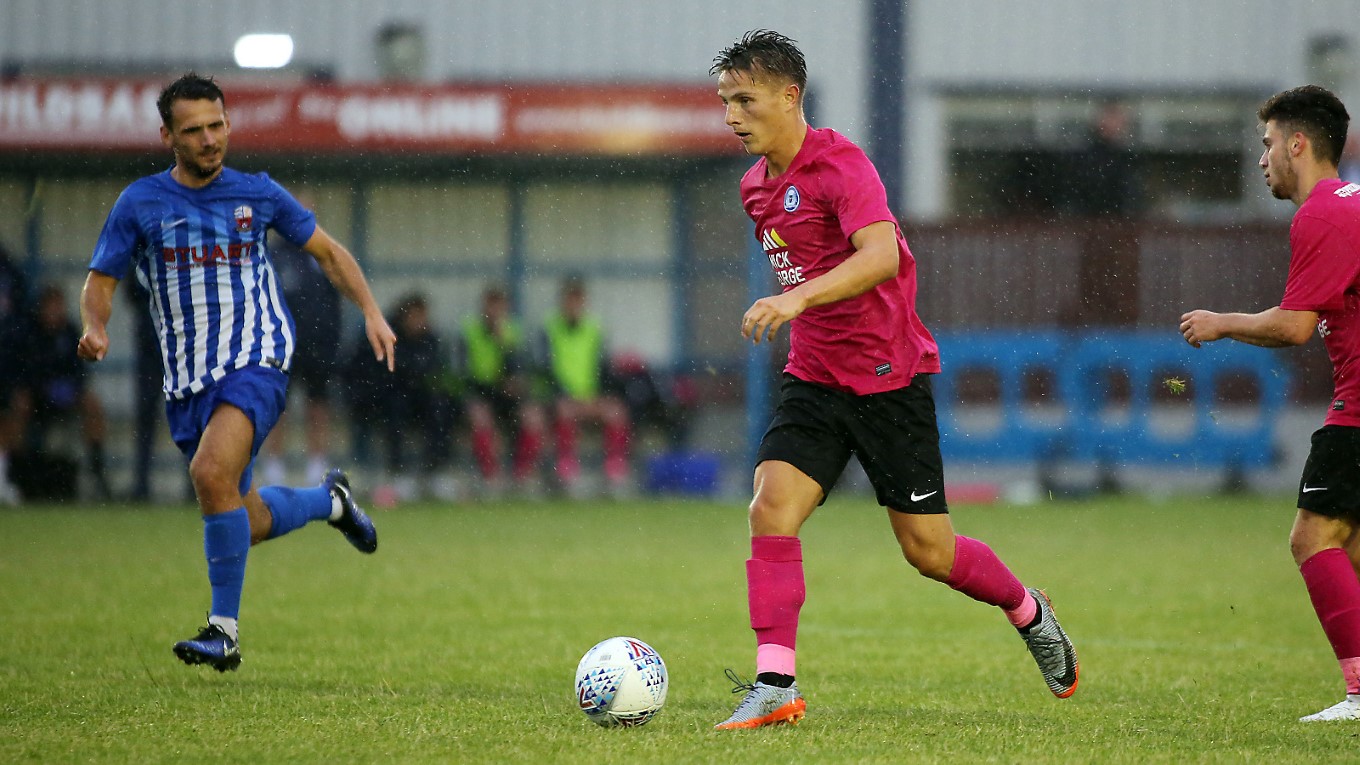 It didn’t take long for Posh to get their noses in front, less than three minutes in fact as a strong run and subsequent pass from Ricky Miller found Junior MORAIS who finished calmly into the bottom corner of the net.

It was 2-0 to Posh on 12 minutes as MILLER found space and coolly slotted the ball under the advancing goalkeeper after good work down the right. Maddison saw a free-kick beaten away by Tyrell Belford on 22 minutes after Miller was upended.

Forrester fired over from long-range midway through the first period as Posh pressed for a third goal. The home side reduced the arrears on 36 minutes as a penalty was awarded after Penny was felled after a marauding run into the box. Billy DANIELS converted from the spot.

Luke Trotman cracked the outside of the post with a fierce drive after a swift counter-attack before the hosts levelled the scores as DANIELS was in the right place at the right time to convert from six-yards after a cross from the left.

Edwards then limped out of the action with youngster Jack Gurney coming on as his replacement. Belford did well to gather from Forrester after a slick one two between the Irishman and Miller. Grant McCann named a different XI for the second period with Michael Doughty skippering the side.

Lloyd fired over from long range after good work from Da Silva Lopes on 49 minutes. Nichols was then denied by a fingertip stop from Belford after good wing play from Bostwick over on the far side. Lloyd sent a free-kick over the crossbar after Penfold was upended just outside of the penalty area.

Doughty fired wide of the target from 25-yards after a strong run as the second half approached the midway point. Nuneaton got themselves in front for the first time in the contest, Alex HENSHAW firing across Tibbetts and into the bottom corner.

The lead didn’t last long, Nichols closing down a clearance and then squaring the ball for youngster Morgan PENFOLD who made no mistake from close-range.  Moments later and Posh were back in front, this time Penfold repaid the favour, NICHOLS taking a touch and firing past Belford at the near post.

Da Silva Lopes headed a Lloyd corner wide after leaping highest in the box before Lloyd was clipped in the box, only for the referee to wave away the protests. Michael DOUGHTY wrapped up proceedings right at the death with a superb left-footed finish into the top corner from the edge of the box.