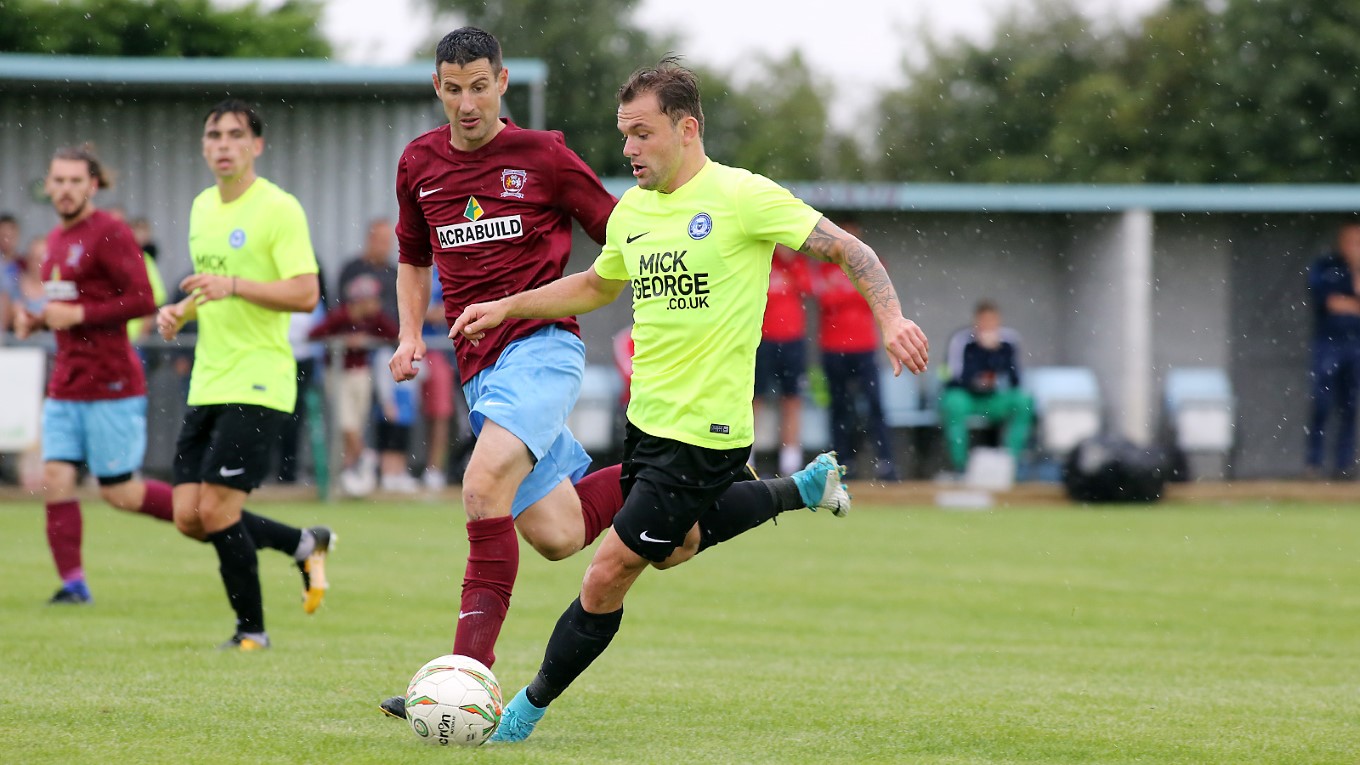 Posh side record a comfortable away win at local side.

David Oldfield’s Peterborough United side recorded a 4-1 victory over local non-league side Deeping Rangers with summer signing Danny Lloyd among the scorers in front of the second highest attendance the club have witnessed.

Despite inclement weather, particularly in the second half, both sets of supporters were full of enthusiasm, singing songs and enjoying the wonderful hospitality and they were able to witness a competitive pre-season friendly with the hosts playing some decent football against their professional opponents.

Captained by Ricky Miiler, the Posh side included Liam Shepherd, Chris Forrester, Callum Chettle and Danny Lloyd and despite Forrester and Lloyd limping out of the fray towards the end, it was certainly a good exercise for the club.

Miller netted twice while Lloyd and youngster Morgan Penfold found the back of the net with Michael Gash netting a consolation for Deeping in the final quarter. Posh wasted a host of other chances to score with Miller twice denied in one on one situations.

It was Lloyd who had opened the scoring with a superb strike across the goalkeeper from an acute angle before Miller got his first goal of the afternoon. Penfold swept home from ten yards after a good run and cross from Shepherd with Miller prodding home from close-range.

Gash provided a consolation with a low finish past one of two trialist goalkeepers on show for Posh with a number of Academy players getting a run out. Assistant manager David Oldfield said: “I would like to thank Deeping for their hospitality, the game was played on a fantastic pitch and they played some good football. I want to wish them the best for the new season.”