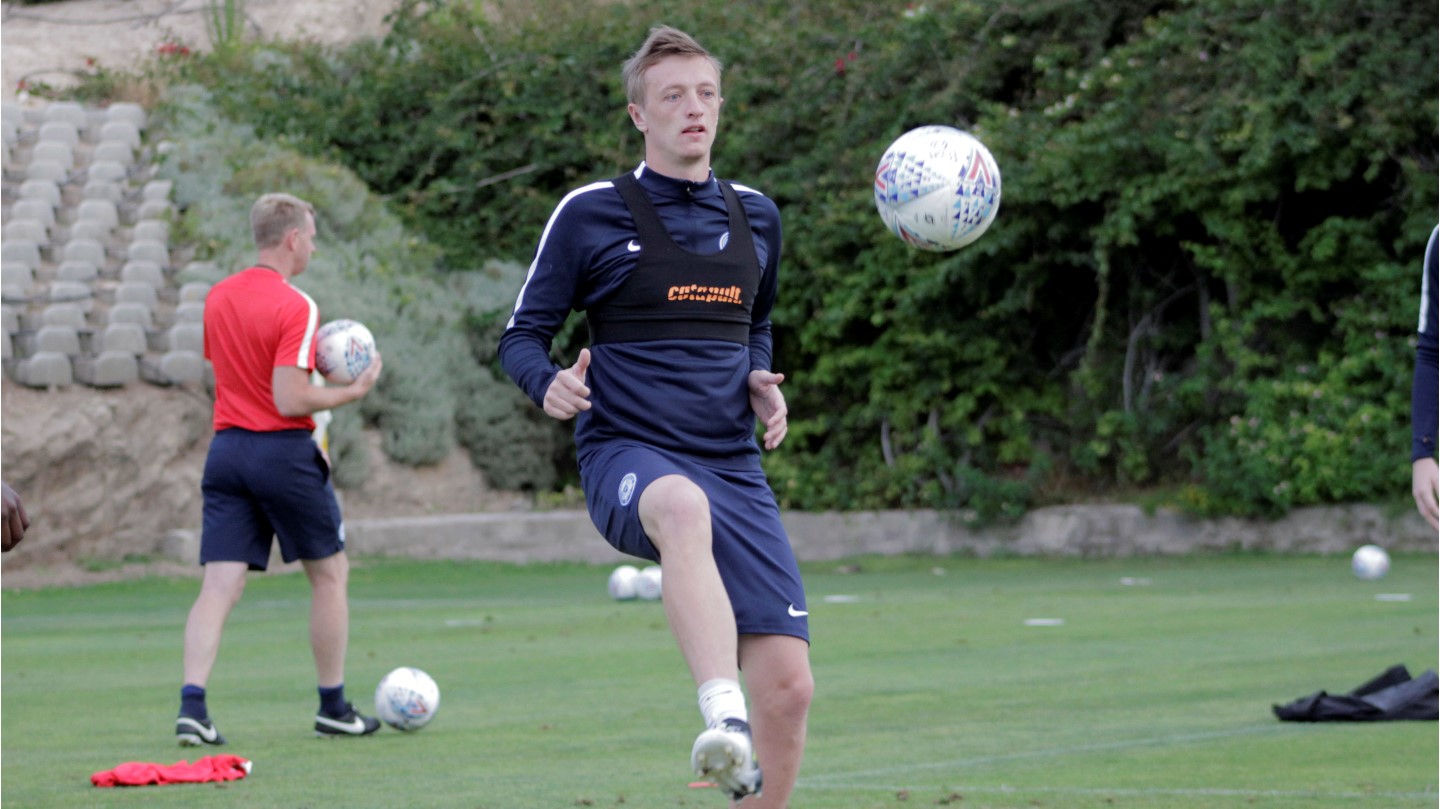 Forrester Determined To Atone For Second Half Of Season

Chris Forrester opens up to the club's iFollow service about his time as captain of the football club.

Peterborough United midfielder Chris Forrester has given a brutally honest assessment of his time as captain of the football club and is determined to impress this season as Grant McCann’s men continue preparations for the new Sky Bet League One campaign.

Forrester was replaced as skipper by Jack Baldwin for the 2017-2018 campaign and in an in-depth interview with the club’s IFollow video service, he has given his full backing to the former Hartlepool United man, describing him as a ‘big influence’ in the dressing room.

The Irishman has also admitted his personal performances took a nosedive following the Emirates FA Cup tie at Premier League winners Chelsea and is desperate to recapture that early season form to spearhead a promotion push into the Sky Bet Championship.

“First and foremost, it is great to be back for pre-season and doing something which I love. It was nice to see all the lads again after a good break with my friends and family. It was a long season mentally and physically for me. I think I played 43 league games and then numerous cup fixtures so the rest was welcome.

“In fact it probably came at a good time for me because I wasn’t playing the best. Up until January, I was really enjoying my football, but after that, I couldn’t find any kind of form and that was frustrating for me. I was trying things in games that I wouldn’t normally do, I was trying to force things and that was just making it worse.

“It is very hard to find your form when you have lost it and I guess that is why the top players are playing at the level they are. I think a lot of us hit a bad run of form at the same time if I am honest with you, and that is hard because you are never going to be successful if six or seven or even more players have dipped below their standards.

“I see myself as someone that can play in this league, if I have a bad game I will hold my hands up and admit it. I won’t make any excuses. I know that I need to raise my standards. There were times were passes were going astray in the second half of the season that were not good at all – I cannot wait to get started again,” Forrester said.

The midfielder admitted in the interview that he will ‘learn from the experience’ of being captain and will be ready to pass on any advice or help to new captain Jack Baldwin should it be required moving forward.

“At times last season, I think I was a bit lost in the job (captaincy). As hard as I tried, I couldn’t quite find the right ingredients to get myself going in that role. A lot of aspects of it was really enjoyable, but this season I can just look after myself. Jack is the captain now and he is a magnificent player and an even better leader to be fair.

“A lot of my friends see the fact I don’t now have the captaincy as a negative, but I don’t see it as a bad thing at all. I got to experience something that not many players will experience in their life. Yeah, I might have failed as a captain, but at least I gave it a go and gave it my all and up until January it was going okay, but from then it started spiralling out of control.”

You can watch the full interview with Chris Forrester, for free, on the club’s iFollow service.