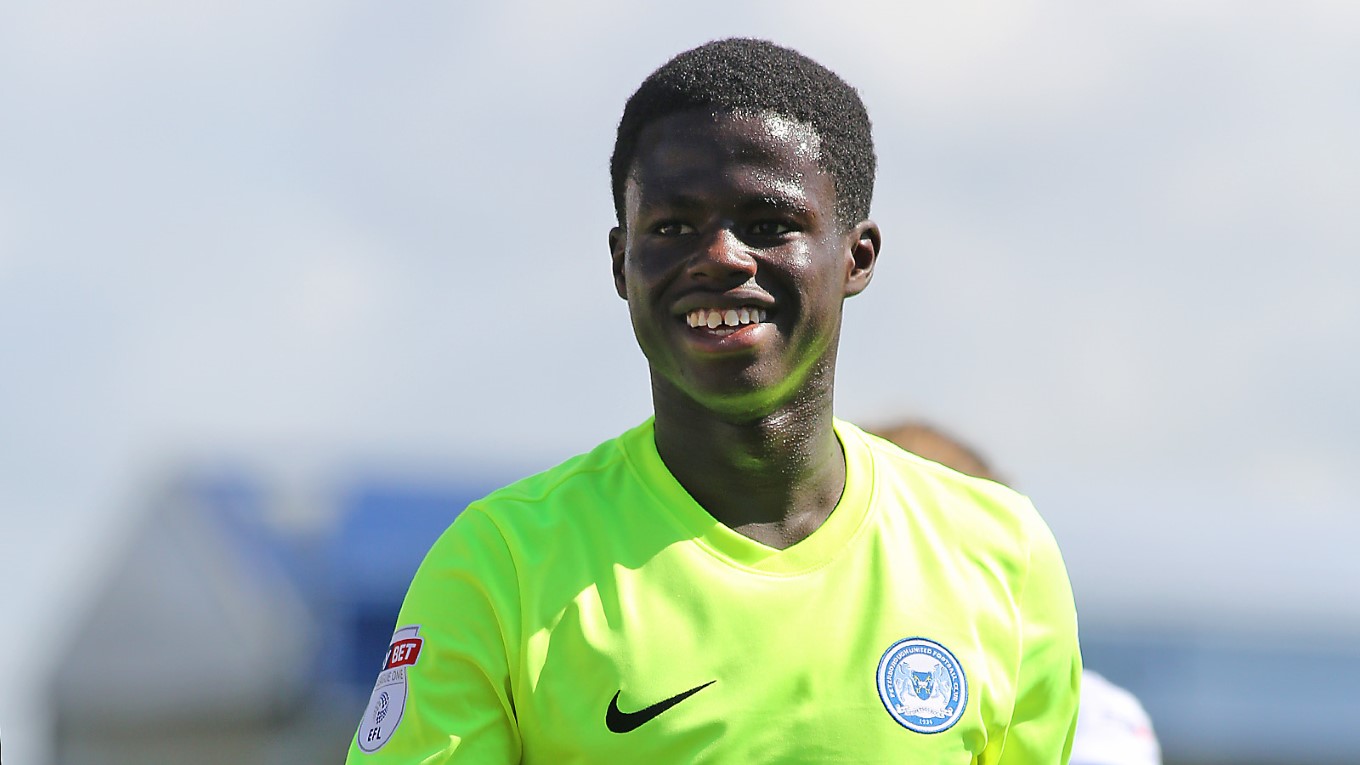 Da Silva Lopes closing in on 100 first team appearances for the football club.

Highly-rated Peterborough United starlet Leo Da Silva Lopes is closing in on his 100th appearance for the football club in all competitions and celebrated his 19th birthday on Thursday, two days after an impressive display in a more advanced role at Charlton Athletic.

The youngster, who came through the latter stages of the club’s Academy after being spotted playing locally, has attracted attention from a host of Premier League clubs and Director of Football Barry Fry believes that will continue ahead of the opening of the January transfer window.

“Leo has been with us since he was 14-years-old and I remember Grant McCann ringing me up one day when he was looking after the 14s at the time and told me to have a look at Leo. I went to Milton Keynes to see him play and I called the chairman and said ‘I have just seen someone that is as good as George Best’ and the chairman accused me of being drunk. I might be accused of over exaggerating at times, but the way he takes the ball, glides past players, I could see the similarity.

“I have watched Leo develop and improve over the years. He scored a lot of goals in the Academy, but has had to adapt his game. Darren Ferguson took him on tour with us at the age of 15 and showed amazing ability at that time. He has since made 80 appearances in the first team, which is an incredible achievement for someone so young.

“I have had Dan Ashworth from England on at me about getting Leo an English passport, but we haven’t been successful in that aim. The Portuguese FA have been monitoring the situation and I expect them to step up their interest. Leo is a real prospect, a star in the making for me, there is no doubt about that.

“He is a really talented boy, like all kids he has his highs and lows but I don’t think there is another player that as an 18-year-old has made that many appearances in League One and the cup competitions. During those appearances, he has played in a host of different positions and that will stand him in good stead.

“He gets on with it, trains well with a smile on his face and the world is at his feet in my opinion. We have had loads of Premier League interest. I have said to Leo and his agent that if he leaves us to play under 21 football, he will get lost. It is far better for him to stay with us, play proper men’s football and he will develop a lot quicker. Unless a Premier League side or an ambitious Championship side make us one heck of a bid and show a willingness to play him in the first team, then it is pointless him leaving this football club because he is getting brilliant experience playing week in, week out,” Fry said.

Manager Grant McCann is proud that he has helped the youngster develop and believes there is still more to come from the 19-year-old. “I was here when Leo came to the club and saw the potential in him. He has been a pleasure to work with, you can see day in day out that he has a lot of ability and he has shown that he can adapt his game by playing in different positions.

Chairman Darragh MacAnthony revealed earlier this year that Charlton Athletic boss Karl Robinson, who managed another precocious talent in Dele Alli at Milton Keynes Dons, believes Da Silva Lopes is the best teenager player in the Football League. “He has told this to Premier League and Football League clubs,” the chairman said back in April.