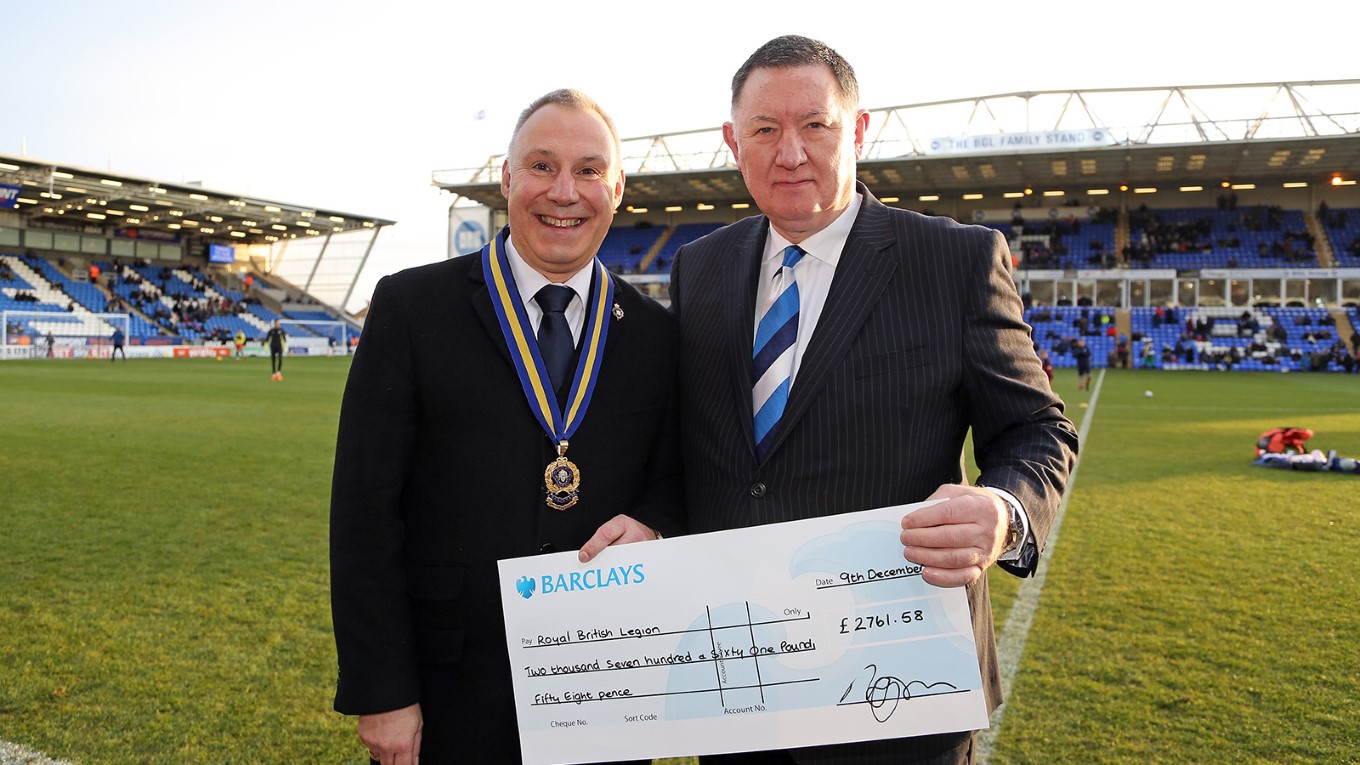 Ahead of Saturday’s Sky Bet League One fixture with Blackburn Rovers at the ABAX Stadium, Peterborough United chief executive Bob Symns presented a cheque for £2,761.58 to Graham Casey, the chairman of the Royal British Legion (Peterborough branch).

The money was raised by auctioning the replica shirts worn in the Sky Bet League One televised fixture at AFC Wimbledon through the club’s eBay store with Marcus Maddison’s shirt going for £275.

All of the shirts were personally autographed by the player and the football club would like to thank everyone who participated in the auction. A club spokesman said: “We were delighted to raise so much money for the Royal British Legion and we would like to thank Graham for coming down to the stadium to receive the cheque.”