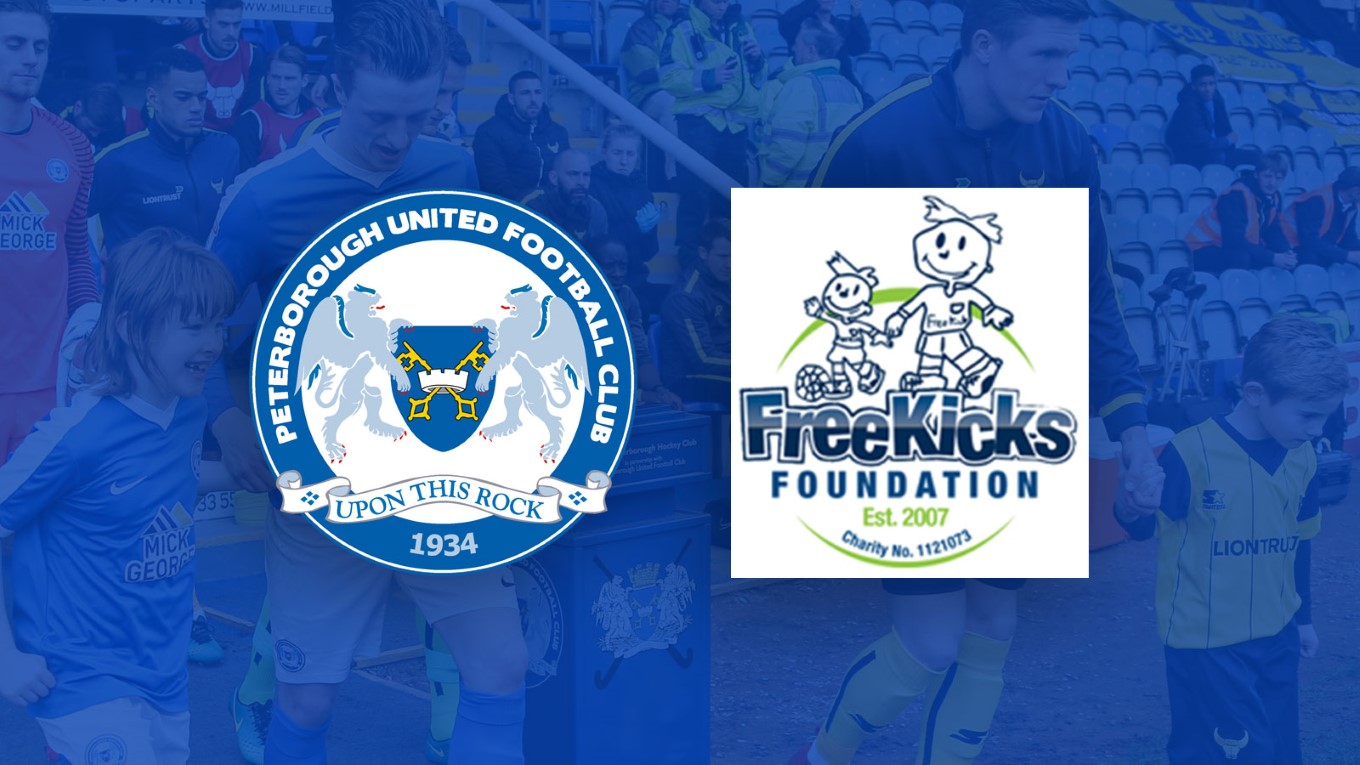 Ahead of Monday's Free Kicks Day at the ABAX Stadium, the football club have announced they will be making a donation to the charity.

The Peterborough United first team squad, management and club staff will donate a percentage of their weekly wage to the club’s chosen charity, the Free Kicks Foundation ahead of the New Year’s Day fixture with Doncaster Rovers, a game that has been designated as ‘Free Kicks Day’.

The players made the decision to make the donation earlier this week and club captain Jack Baldwin, who is also an ambassador of the charity, said: “When I first arrived at Peterborough, I found out about the wonderful work that the Free Kicks Foundation do for youngsters and I am honoured to be one of their ambassadors.

“The supporters have donated to the charity and we felt that it was important that we did too, so as a squad we are happy to donate a percentage of our weekly wage to help make more dreams come true for kids at football. We will be proud to be wearing a special shirt with their name across our chests on Monday and thank them for the amazing work that they continue to do.”

A club spokesman said: “Alongside the players, the club’s management team and behind the scenes staff have agreed to make a donation to the Free Kicks Foundation. We have all seen what wonderful work that they do."

Steve Thorpe from the Free Kicks Foundation said: "We would like to thank the players,management and staff of Peterborough United for their incredible generosity, this is a wonderful gesture and shows the commitment the whole football club has to Free Kicks during this season. We truly appreciate this donation which will enable us to arrange so many more days out for local disadvantaged children."

The game with Doncaster will see the players wear a special shirt featuring the Free Kicks Foundation logo and all shirts will be auctioned off afterwards to raise money for the charity, with details available later in the week.

The football club are proud to be working alongside the Free Kicks Foundation. You can donate to the foundation at www.freekicksfoundation.org