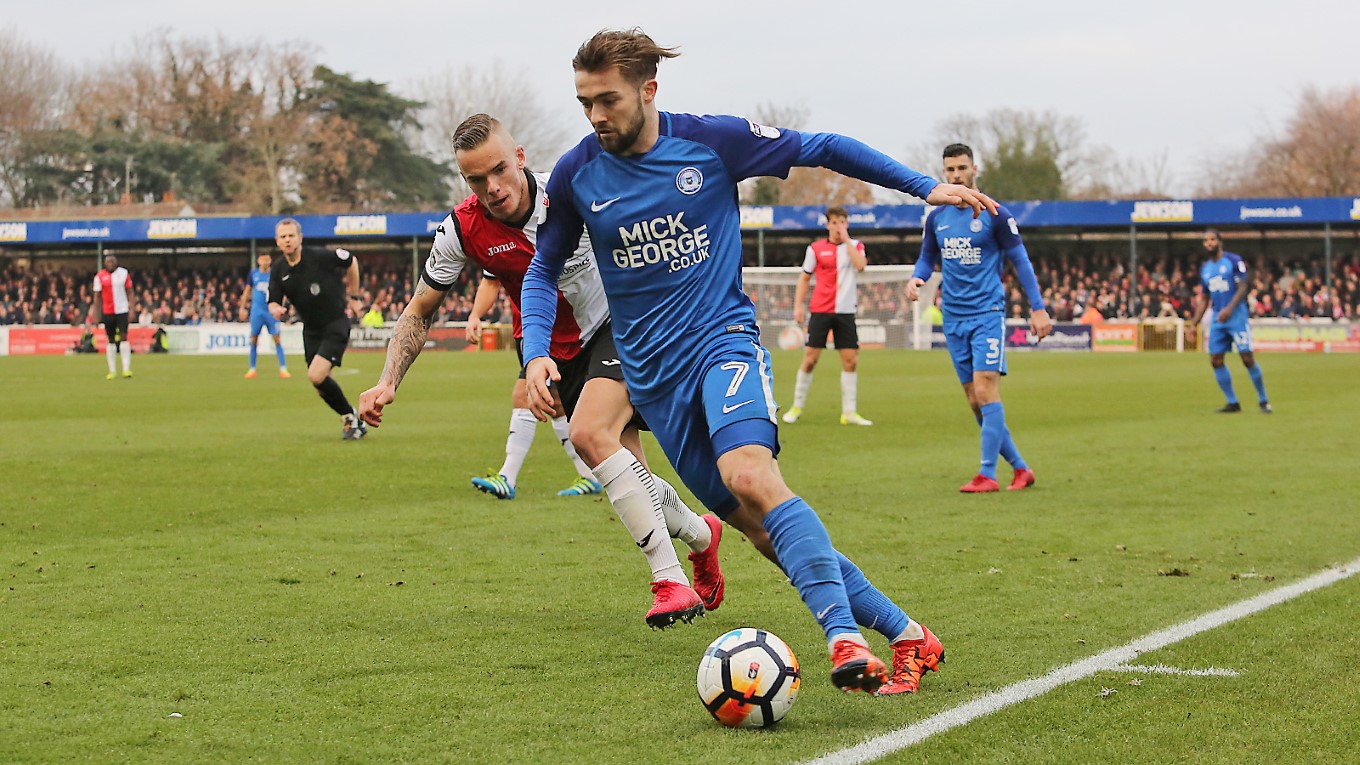 Match report for Woking vs Peterborough United on 03 Dec 17

National League side earn a replay at the ABAX Stadium after late goal secures 1-1 draw.

Peterborough United face an Emirates FA Cup replay after being held to a 1-1 draw at the Kingfield Stadium as National League side Woking produced a fine display and salvaged a replay at the ABAX Stadium thanks to a late goal from Joe Ward.

After a quiet start, it was the hosts who had the best opportunity on 14 minutes as Bond was penalised for collecting a back-pass from Alex Penny. Joey Jones sliced the resulting free-kick inside the box well wide of the target.

The deadlock was broken on 24 minutes as a wonderful delivery from Marcus Maddison was flicked goalwards by Marriott, keeper Baxter could only parry and TAFAZOLLI was in the right place at the right time to fire home the rebound.

Charles-Cook fired wide from distance for the hosts before a hefty aerial challenge from Tafazolli and Effiong had the crowd wincing. Baxter did well to gather at the second attempt from a curling Maddison effort from long-range on 32 minutes.

Tafazolli headed a Maddison free-kick over the bar moments later after Edwards had been felled by Isaac. Woking were awarded a spot-kick on 40 minutes as Penny was penalised for a tugging back the powerful Effiong, however goalkeeper Jonathan Bond produced a fine stop diving to his left to push the effort around the post.

Marriott was cautioned for a foul moments later as the hosts, ushered on by their vocal young manager, tried to get themselves level before the break. Marriott played in Edwards on the stroke of half-time, but the winger saw his left-foot shot go wide of the far post.

Maddison tried an audacious effort from inside his own half on 50 minutes after catching the keeper off his line, but it drifted wide. Hughes fired wide from distance before Woking made their first change with Young introduced in place of Ramsay.

Ferdinand headed a corner kick over the bar at the near post on 66 minutes. Maddison volleyed wide from long-range moments later as Posh tried to get the cushion of a second goal. Bond did well to gather a curling Ward effort on 79 minutes.

Maddison saw a right-footed cross-shot clawed to safety by Baxter with Forrester unable to force home the rebound. The hosts levelled the scores on 84 minutes as Joe WARD fired into the back of the net as Posh struggled to clear a cross into the box.

Bond produced an unbelievable stop from point blank range to deny Ferdinand as the game moved towards stoppage time. Three minutes of stoppage time was indicated by the fourth official as Wynter flashed a shot wide.

Ward then struck the crossbar with an over-hit cross as Posh clung on for a replay on the 12th December at the ABAX Stadium.