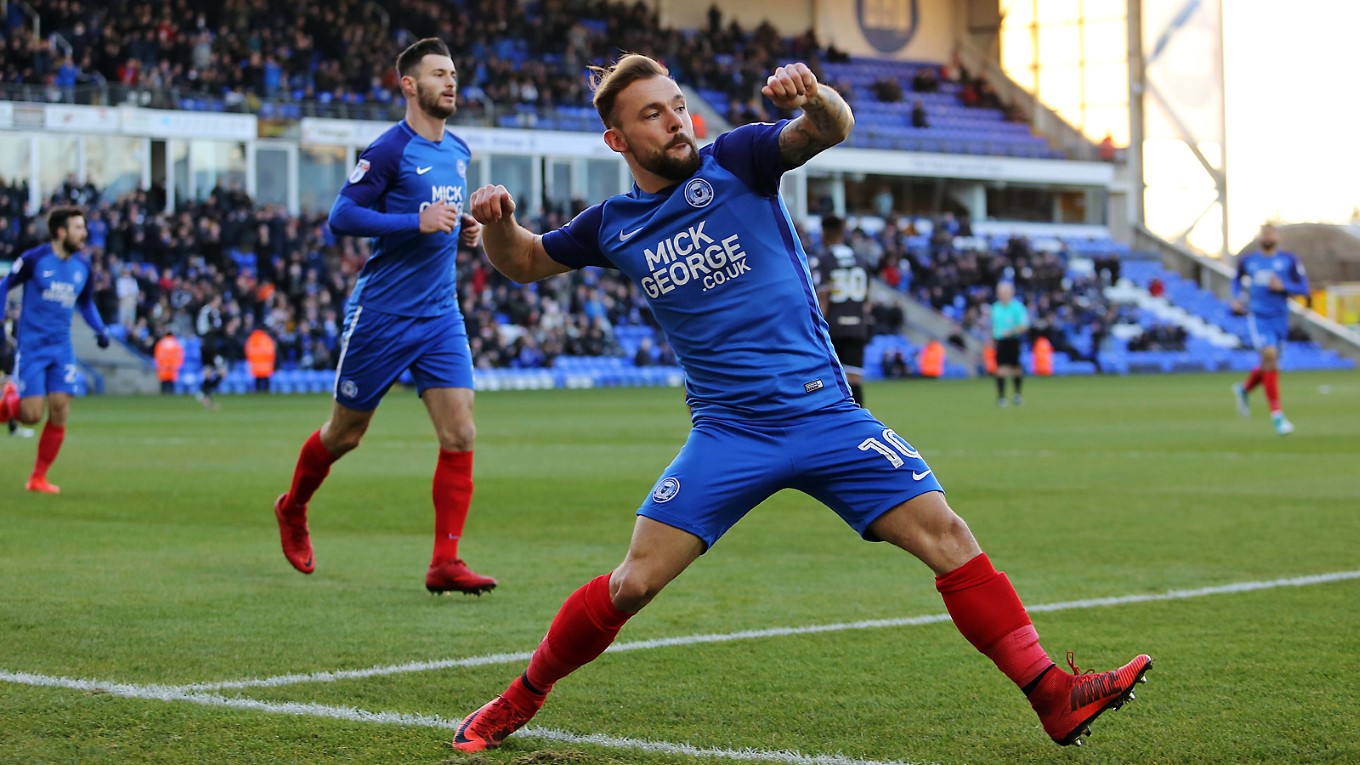 Match report for Peterborough United vs Bury on 23 Dec 17

Posh secure three points with a 3-0 win over the Shakers at the ABAX Stadium.

Peterborough United recorded back to back league games and six goals in two games following a 3-0 victory over struggling Bury at the ABAX Stadium with Danny Lloyd netting a brace, his second a stunning strike into the top corner during the second half.

Grant McCann’s men made a fine start to the game and opened the scoring inside two minutes, a corner from Marcus Maddison was flicked on by Jack Marriott and Danny LLOYD stooped to head home to give Posh the lead.

Jay O’Shea fired over at the other end from 25-yards as the Shakers tried to get themselves back in the contest quickly. Bond produced a fine stop to claw a Mayor effort around the post on the ten minute mark after he was afforded too much time and space 25-yards from goal.

Fasan grabbed a snap-shot from Lloyd at the second attempt on 20 minutes after Grant’s weak shot had rebounded into his path on the edge of the box. Doughty headed wide from a Maddison free-kick on 21 minutes.

Bond produced a fine stop to tip over a superb Ince volley from fully 35-yards on 40 minutes as Bury ended the first half on top. On the stroke of half-time, O’Shea fired a shot over the bar from the edge of the box after an intelligent Laurent lay-off.

Posh made a switch at the break with Chris Forrester replacing Anderson in midfield. Maddison was booked for a foul which led to a bit of a skirmish where a number of Bury players tried to push Maddison around. Referee Andy Woolmer failed to book any of the Shakers players.

O’Shea smacked the base of the post with a low effort on 51 minutes as Bury came close to a leveller that their play probably deserved. O’Connell was cautioned for handball moments later after a raking Forrester pass was blocked by the defender.

Bury were reduced to 10-men on 58 minutes as O’Connell was shown a second yellow card for a needless foul on Maddison on the half-way line. Marriott was a whisker away from making it 2-0 with a powerful drive from distance, but the effort flashed just past the upright.

The lead was doubled on 62 minutes and it was a 19th goal of the season for MARRIOTT who cleverly headed home at the near post following another sublime assist from the magic man Maddison. Leo Da Silva Lopes replaced Doughty moments later as McCann freshened up his midfield.

It was 3-0 to Posh on 70 minutes and the goal of the game, a stunning effort from Danny LLOYD, who cut inside and fired a stupendous effort into the top corner for his second of the game and his best goal in the Football League without a doubt.

Idris Kanu replaced the excellent Grant on 80 minutes as Posh made their final change of the afternoon. Substitute Dawson floated a left-foot shot over the bar on 85 minutes.