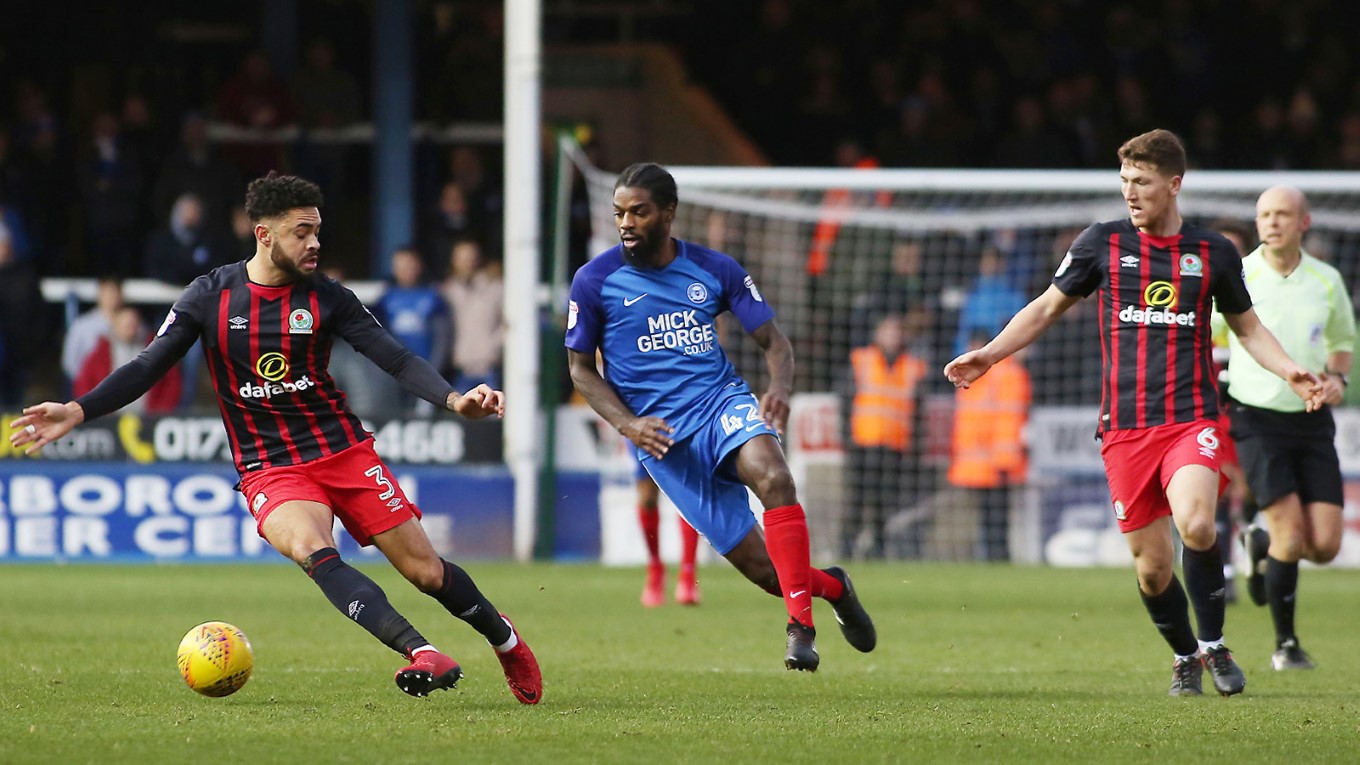 Peterborough United were undone by three quick-fire second half goals as promotion-chasing Blackburn Rovers produced a fine comeback to record a 3-2 victory at the ABAX Stadium in Sky Bet League One action.

Jack Baldwin was cautioned inside the opening three minutes for a foul on the far side with referee Nicholas Kinselely putting his stamp down on this Sky Bet League One fixture early doors. Dominic Samuel powered a header over the bar from close-range on three minutes as Rovers made the most of the early running.

Jack Marriott fired over from 25-yards after being picked out by skipper Baldwin. Goalkeeper Raya was called upon to deny Andrew Hughes moments later after he had combined with fellow Welshmen Edwards.

Bradley Dack fired a volley wide from 20-yards at the other end after he was found by a chest-pass from Samuel. Bond produced a superb double stop to deny Dack on nine minutes, the second a very brave block.

On 11 minutes, Posh got themselves in front and it was another assist for Maddison, his fine corner was powered into the back of the net at the back post by Steven TAYLOR for his first goal at the ABAX Stadium.

Former Cardiff City midfielder Peter Whittingham curled over the top from 30-yards on 17 minutes with Posh boss Grant McCann urging his front three to stay high even when the visitors had possession. Marriott fired over from 25-yards after a good spell of possession from Posh in a very tight area.

Maddison fired a free-kick straight into the arms of Raya after Grant had been felled 30-yards from goal. Antonsson was cautioned for a quite blatant dive in the box by referee Mr Kinseley on the half hour mark.

Blackburn lost the services of Whittingham to a muscle injury on the half hour mark with Corry Evans his replacement. Edwards sent a powerful drive wide of the target from distance after taking a wonderful first touch to collect a cross-field pass.

The visitors levelled the scores on 48 minutes as a corner kick was allowed to reach Charlie MULGREW at the back post and he stabbed home into a gaping net. The visitors made it 2-1 in controversial fashion on 50 minutes, Forrester clearly fouled in the build-up and DACK was well placed to fire home into the bottom corner.

Blackburn made it 3-1 as DACK finished off a wonderful counter attack from one end of the pitch to the other and within 15 minutes, the visitors had turned this fixture on its head. Smallwood was cautioned for a crunching tackle on Grant on 59 minutes.

Taylor saw an effort go over the bar on the half volley on 62 minutes after a deep Maddison corner was only half cleared. Bond produced a wonderful stop to push an Antonsson effort around the post as Rovers threatened a fourth.

Lloyd headed over a teasing Edwards cross on 84 minutes moments after Idris Kanu had replaced the injured Grant. Marriott was denied by a fine stop by Raya with Edwards firing the rebound wide via a deflection.

MARRIOTT grabbed his 15th goal of the season with a simple tap in from a fine Lloyd cross in stoppage time before Baldwin was shown a second yellow card for a foul.