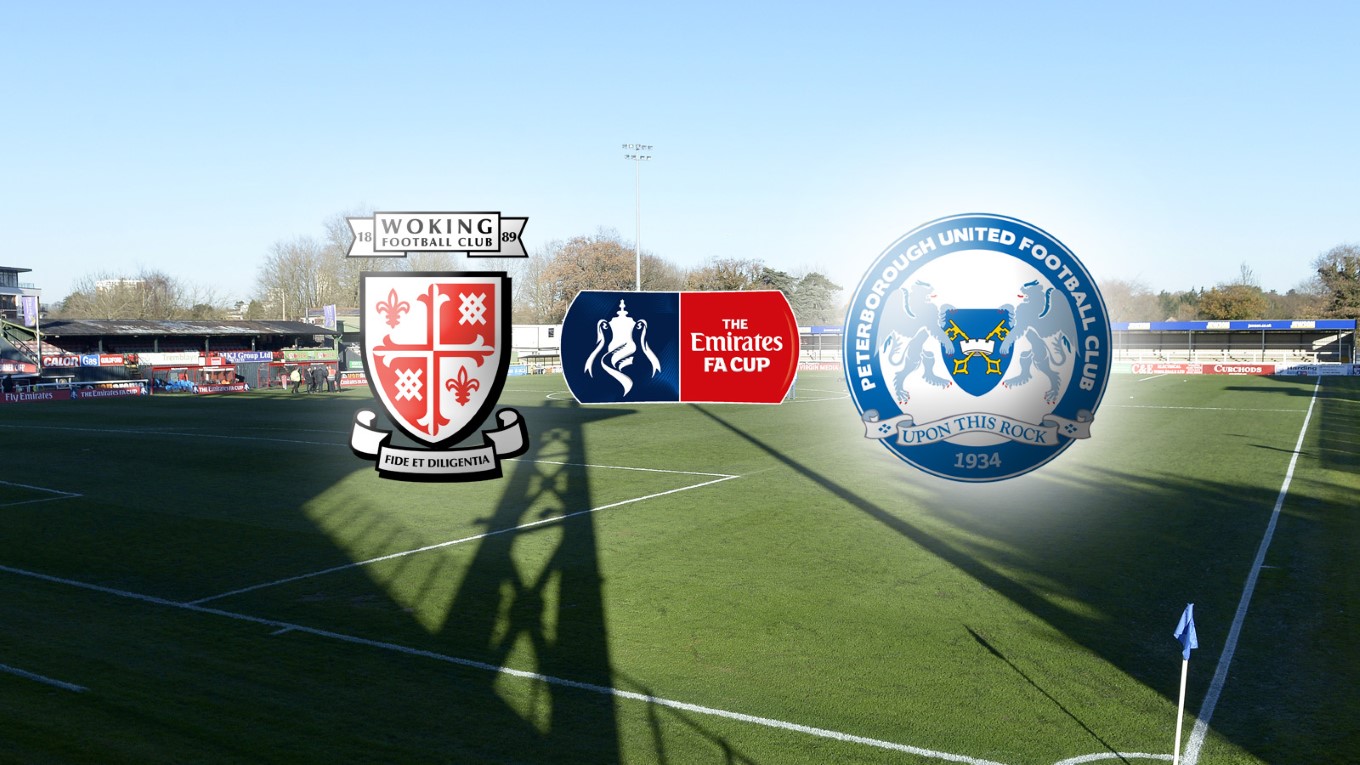 Match preview for Woking vs Peterborough United on 03 Dec 17

Peterborough United travel to the Kingfield Stadium on Sunday to face National League side Woking in the second round of the Emirates FA Cup (2pm) in a tie that was moved to be part of the BBC’s coverage of the competition.

The fixture will be featured on the BBC with a reporter pitch-side at the stadium and highlights interspersed into the show. Woking progressed into the second round after knocking out Sky Bet League One side Bury at Gigg Lane while Posh defeated Tranmere Rovers in a televised replay at Prenton Park.

Woking boss Anthony Limbrick has confirmed Nathan Baxter will return to the starting XI against Posh on Sunday after overcoming an injury recently. Sam Mason has stepped in for the last few games, but at 17 lacks big game experience on a regular basis.

“Woking are a good side, their manager likes them to get the ball down and play and they have three or four players that can really hurt you in offensive areas. I watched them against Bury and they thoroughly deserved to win the game. It will be a tough test for us but we are looking forward to it,” McCann said.

"Without a doubt, they will be the best team we have faced this year and they will be expecting to win and win well," said manager Anthony Limbrick. “They beat Tranmere well in our league, but our fans will play a part with their support at home. It's ours, the players' jobs, to get the fans supporting us, so we have to do something in the game to get them onside.”

Christopher Sarginson will be the match referee.