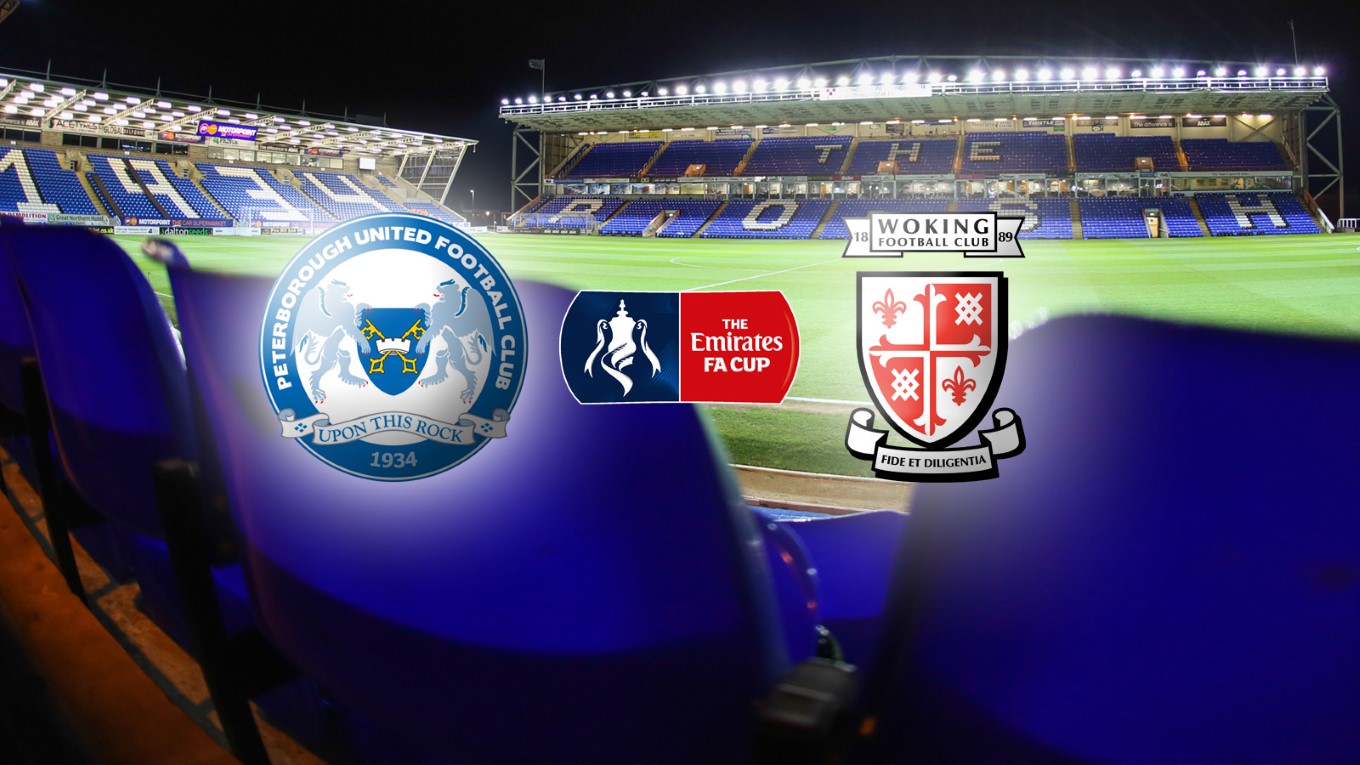 Match preview for Peterborough United vs Woking on 12 Dec 17

Posh face Woking at the ABAX Stadium on Tuesday night and prices have been reduced.

Peterborough United entertain National League side Woking in the Emirates FA Cup second round replay at the ABAX Stadium (7.45pm) on Tuesday night with Championship side Aston Villa awaiting the winners in the third round at the start of 2018.

The two sides drew 1-1 in the first fixture at Kingfield with the non-league side scoring late on to cancel out Ryan Tafazolli’s close-range effort following a Marcus Maddison delivery. Woking saw their league fixture at the weekend cancelled while Posh were beaten 3-2 by promotion-chasing Blackburn Rovers following an entertaining encounter at the ABAX.

Posh are without the services of defender Jack Baldwin who serves a one-match suspension following his red card at the weekend. Junior Morias and Liam Shephard are both injured, while teenager Leo Da Silva Lopes is expected to recover from a hamstring injury.

Woking will be without key midfielder Chez Isaac due to suspension, a one-match ban he would have served if the Gateshead clash went ahead.  But centre-back Josh Staunton, who has not played a league game since October, returned from injury against Chipstead and could feature in the replay, as could captain Richard Orlu, who missed the first game due to suspension.

Another player who will be available is loanee Regan Charles-Cook, who was recalled by Charlton last week for The Addicks’ Checkatrade Trophy win over Swansea under-21s, but returned to the Cards.

“I made a mistake in the first game in terms of the tactics and I hold my hand up for that, but I don’t make the same mistake twice. Our lads were hurt with the praise that Woking got in the first game for their performance and we have a point to prove in this replay. We are looking forward to the game and trying to get through.”

“They had a midweek game this week, they had a tough game against Blackburn who are around the top of the table. It might catch them not being quite as sharp but all in all the pressure’s on them in this game, not us.  No one expects us to go up there and get a result so I think all the pressure will be on them and they’ll be expecting to beat us and beat us well at home,” manager Anthony Limbrick said this weekend.

Tickets have been reduced for Tuesday night’s tie and they are available at www.theposhtickets.com, via the Ticketmaster hotline 0844 847 1934 (calls cost 7ppm plus your network access fee) and in person at the ABAX Stadium Box Office. Ticket news can be found here: https://www.theposh.com/news/2017/december/woking-replay-ticket-details-confirmed/

Should the scores be level after 90 minutes, the game will go to extra time with penalties if required.