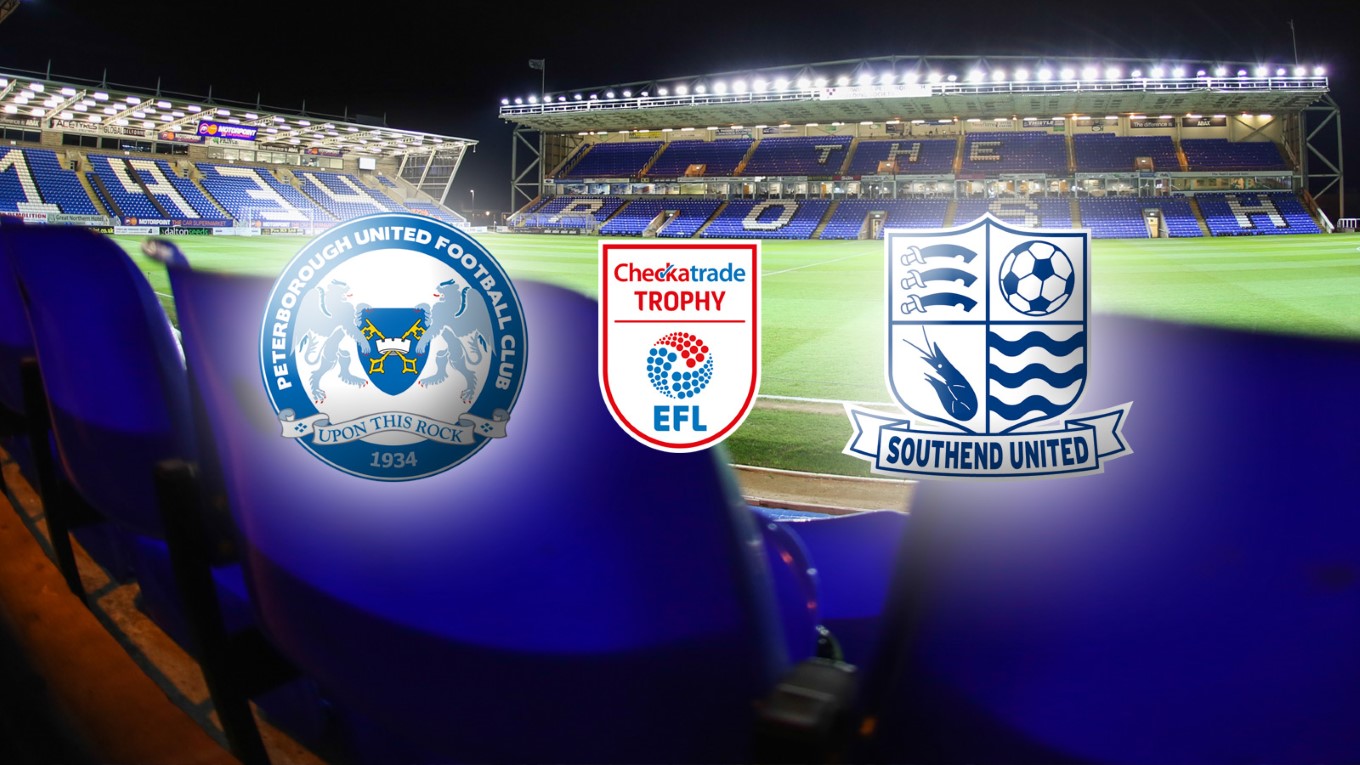 Grant McCann’s men face Southend United in the knockout stages of the Checkatrade Trophy at the ABAX Stadium.

Peterborough United return to action at the ABAX Stadium on Wednesday evening with Southend United providing the opposition in the second round of the Checkatrade Trophy (7.45pm) and admission has been slashed to just £5 for adults anywhere in the stadium (aside from the hospitality areas).

After coming through the group phase of the competition thanks to victories over Southampton under 21s and Cambridge United (and a losing draw with Northampton Town), it is now straight knockout with the game settled on the evening. There is no extra-time, but penalties are there if required.

The Shrimpers finished second in the group and qualified after beating local rivals Colchester United 2-0. Posh and Southend have met each other in the league at Roots Hall with the game ending 1-1.

Posh are still without Liam Shephard (groin) and Junior Morias (thigh), but both are making good progress. Shephard should return to full training on Thursday while chairman Darragh MacAnthony confirmed that Morias is around a month away from being declared fit for selection. Manager Grant McCann has no other fresh injury worries to contend with.

Anthony Wordsworth and Michael Timlin could come into the fray with Southend boss Phil Brown confirming changes may well be made.

“Southend are in a rich vein of form at the minute. They have a lot of players in their squad with Championship and League One experience and one or two that have sampled the Premier League. They are a good side and will want to go as far as they can in the competition, like ourselves, but we are looking forward to the challenge. It is good to be back at home after what feels like an age away from home.”

“The Checkatrade Trophy is a competition that brings finances into the club regardless of what people think. Yes, the FA Cup and the League Cup are better payers, but it brings in much needed finances that we can use in the January window. We are three or four steps away from Wembley and for me it’s a game we need to go into strong and try and win the game,” manager Phil Brown said.

Admission into the game is just £5 for adults and £1 for juniors under 7. The Motorpoint Stand is closed for this fixture.

The referee for the game is John Busby.