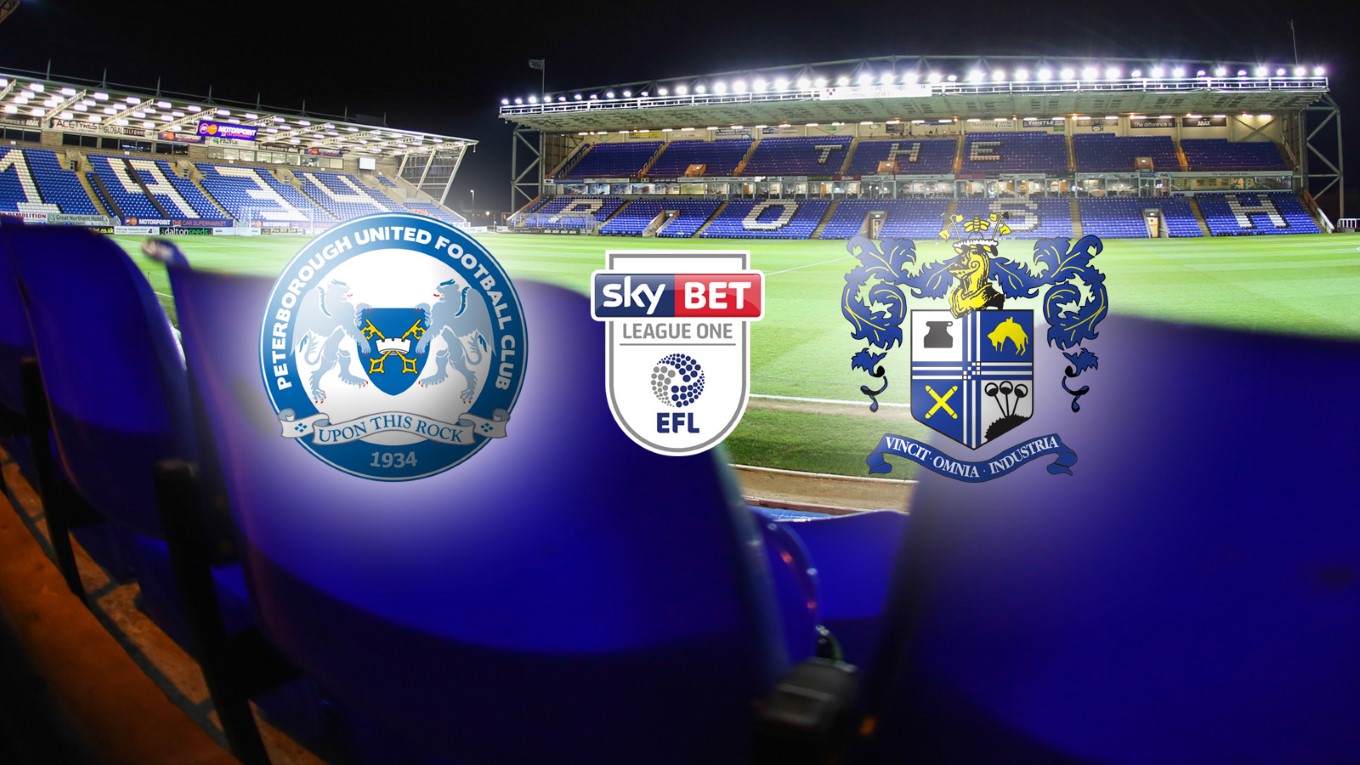 Match preview for Peterborough United vs Bury on 23 Dec 17

Posh are back in action at the ABAX Stadium on Saturday 23rd December with Bury providing the opposition.

Peterborough United play their final Sky Bet League One fixture before Christmas on Saturday when struggling Bury visit the ABAX Stadium (3pm) and manager Grant McCann will be looking to continue the club’s impressive form.

Posh have won seven, drawn four and lost just three of the club’s last 14 games in all competitions and are just three points adrift of the play-off positions going into the clash with the Shakers, who will be desperate to turn around their fortunes as we approach 2018.

Posh are expected to be without the services of Welsh winger Gwion Edwards due to an ankle injury, but club staff have confirmed it is not as bad as first feared. Junior Morias is nearing a return to action after a long spell on the sidelines while Liam Shephard is back after a groin injury.

Bury striker Jermaine Beckford will miss the rest of the season after having surgery on a knee injury. The 34-year-old joined the Shakers, who are bottom of League One, in the summer after his release from Championship club Preston North End. Beckford has scored eight goals in 16 appearances but has not played since their defeat by Doncaster in October.

Bury have been handed a double fitness boost ahead of Saturday’s trip to Peterborough. Club captain Stephen Dawson and Danny Mayor were surprise inclusions on the bench at Portsmouth last weekend.

“Bury have had a change in manager fairly recently and they have a lot of experience in their squad. They don’t tend to concede too many goals but it is down to how we affect the game. We are in good form and are looking forward to the game. We know it is expensive at this time of year but we really do appreciate the support.”

“It’s a massive boost to have Stephen Dawson back. Daws is still lacking a few minutes game-wise. But just to have him available, and his presence, is massive for the rest of the squad. Getting Danny Mayor on the pitch on Saturday was important, he’s going to be a big asset. And getting Chris Maguire on as well gives us more attacking options,” Bury boss Chris Lucketti said.

Ahead of kick-off, players from the Posh Futsal programme will be entertaining fans in the fan zone and on the pitch with a keepy-uppy challenge. You can find out more in the club’s match day programme which will be on sale around the ground ahead of kick-off for £3.

The match referee is Andy Woolmer