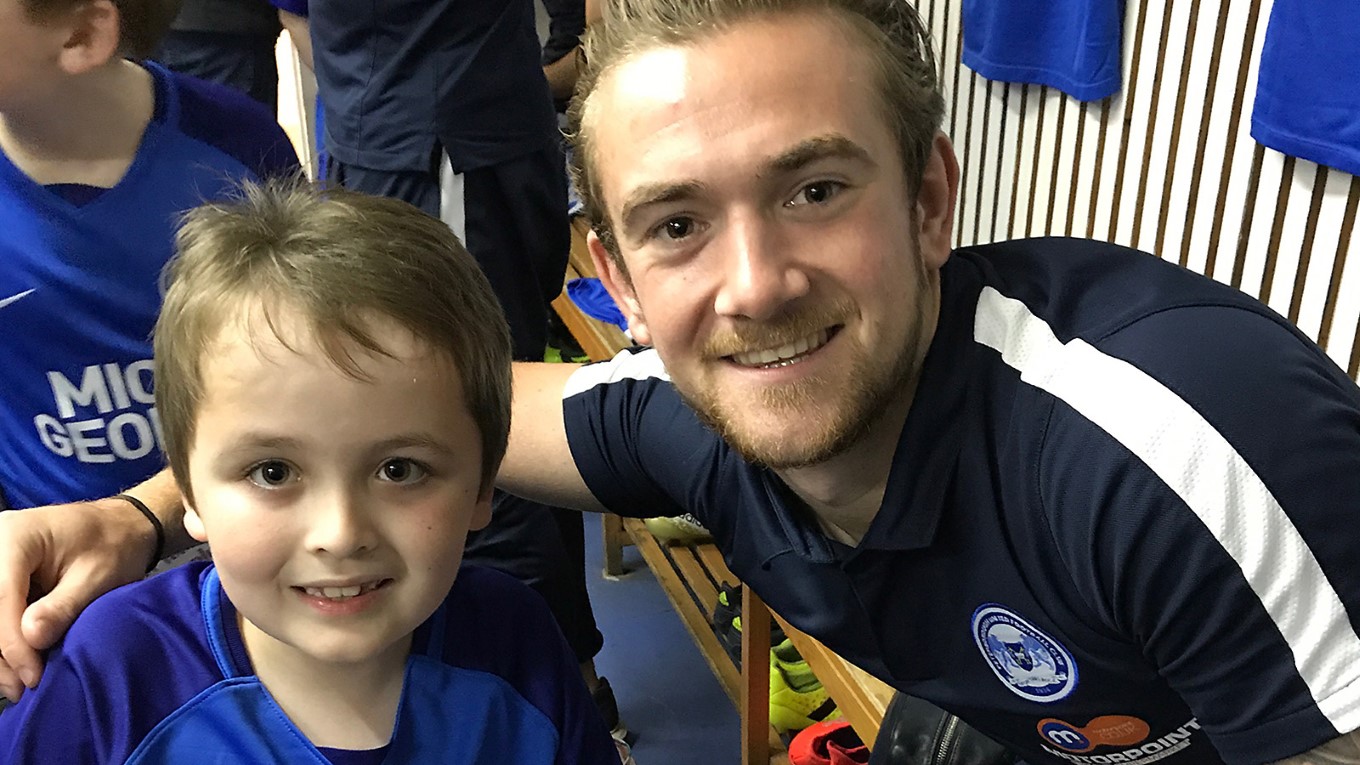 It is day seven of the Free Kicks Countdown to Christmas!

At Free Kicks we raise money to give deserving children amazing days at football matches to remember. As Posh fans you may have seen that we arrange mascots at home games, but did you know we also arrange for children from other towns and cities to be home mascots at Posh away games?

We build relationships with organisations in those areas and they nominate children to be receive ‘Kicks’. These could be hospices, other charities, Young Carer groups or Community Trusts at the football club we are visiting. We also take nominations through our website and have organised days out at the likes of Chelsea, Manchester City, Liverpool, Manchester United , Spurs and Arsenal for youngsters who are going through all kinds of issues in their home lives.

We have given over 800 children and young adults days out at their favourite club; either leading the team out or, if as at some of the bigger clubs, mascot packages aren’t as easy to organise, other experiences such as a hospitality package at a match or a training ground visit, as we did recently for Lucas at Sheffield United. (picture) As well as the days out we have also organised for over 1,000 children to go to matches through our season ticket schemes; we donate a season ticket to an organisation and they distribute the match tickets to a different child each week to experience a football match that they otherwise may not be able to attend. We have run the season ticket scheme at Posh, Crystal Palace, Aston Villa, Newcastle, Charlton and Cardiff City.

We raise all money to fund the ‘Kicks’ ourselves, either through generous fundraisers doing crazy things or our own events. In the past we have cycled to Paris, Brussels and Amsterdam, walked to Nottingham, along rivers, canals and around all London football stadiums. We hold an annual quiz night, 5 a side tournaments, cricket matches and even had world record attempts for the longest ever 5 a side football matches at 42 and 52 hours each.

Free Kicks Day will be a vital way of raising funds for us to continue our work in 2018 and beyond. As the football club’s Charity of the Year we have already had generous donations of £2,000 when the attendance reached 7,000 for two games earlier in the season. It would be amazing if the attendance could hit 7,000 for the Doncaster game, further boosting our funds.

We are also on for a bonus when (not if) the goal machine Jack Marriott reaches 20 league goals for the season, it would be perfect if that happened on Free Kicks Day.

If you know of a child who you believed deserves a treat, drop us an email via the website and we will be happy to organise. www.freekicksfoundation.org