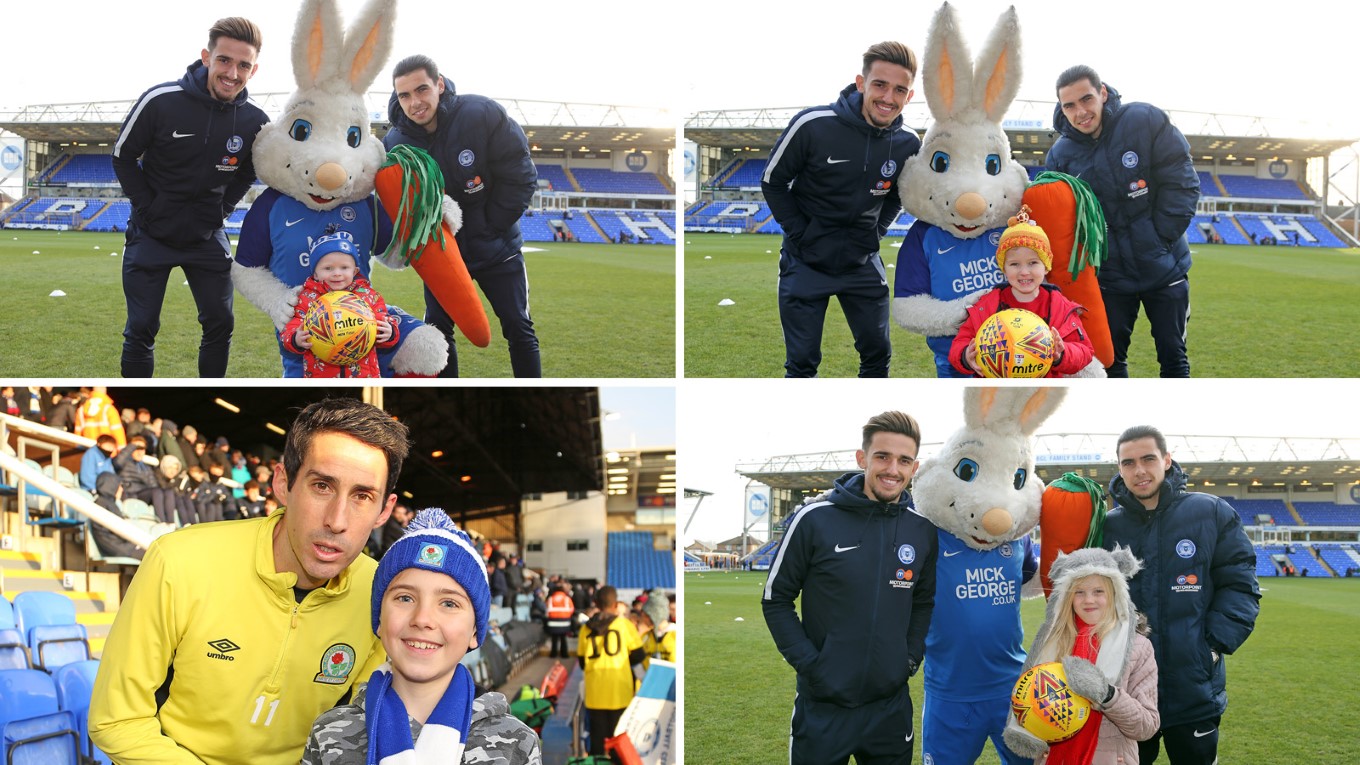 The ‘first time fans’ initiative continues to go from strength to strength with three youngsters sampling their first Peterborough United game at the ABAX Stadium, while for the first time, the football club looked after a visiting supporter in the same way.

The Posh fans were taken through to the dugout, sat in the manager’s seat, met mascot Peter Burrow, had a picture with two of the players not involved in the squad and had a photograph with the match ball.

Once the picture had been signed by the two players, the youngsters were able to get tunnel access to see the players before they went out for the pre-match warm-up. Meanwhile, the Blackburn fan was given the same treatment with one of the visiting players and all were given sweets to keep their energy up for the fixture.

If you are bringing a ‘first time fan’ to a forthcoming fixture, please email newfans@theposh.com