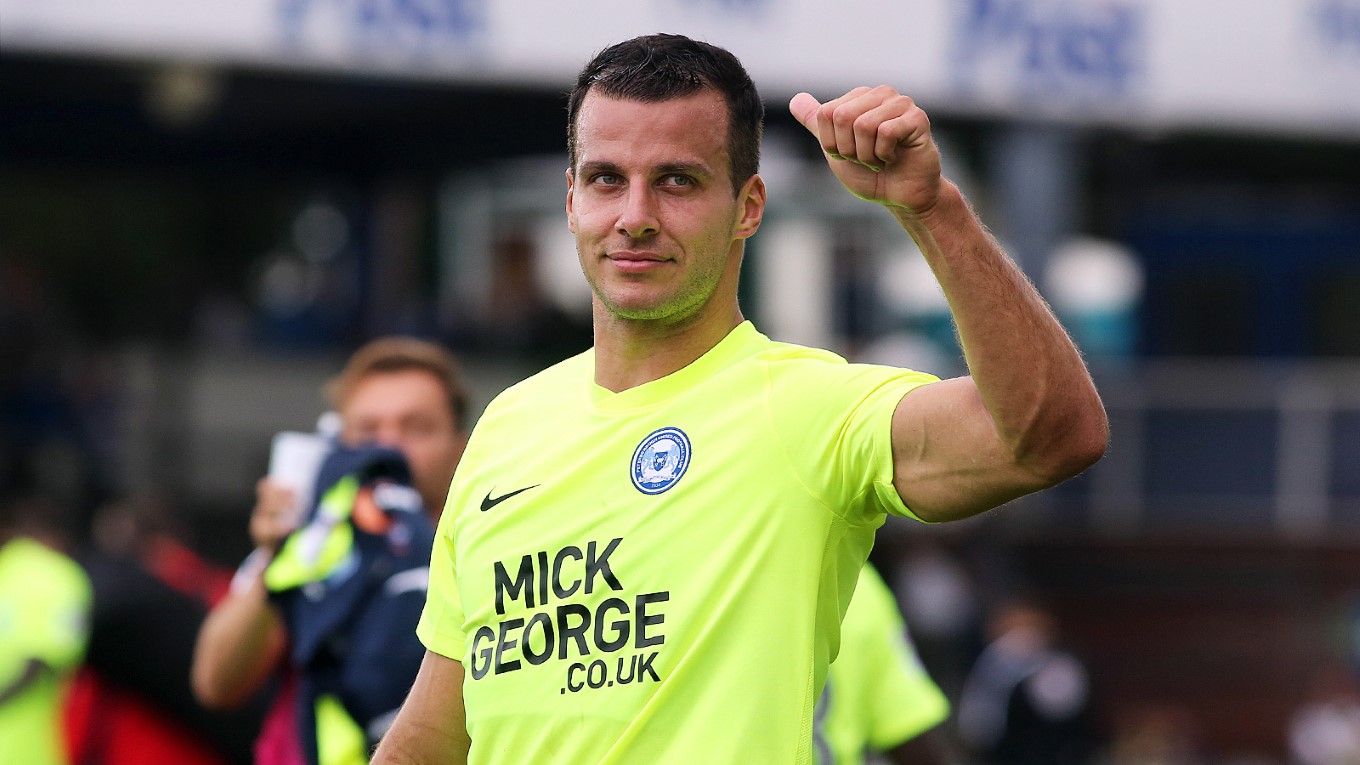 Defender Steven Tayor admits it was a 'pleasure' to be involved in the performance at the Memorial Stadium.

A few eyebrows were raised in the football world when experienced defender Steven Taylor was tempted to put pen to paper on a two-year deal at Peterborough United in the summer, but two league games into the new Sky Bet League One campaign, it looks like a match made in heaven.

Taylor has completed back to back 90 minutes and topped off a fine individual display with his first goal in over two years as Grant McCann’s men recorded a hugely impressive 4-1 victory against Bristol Rovers at the Memorial Stadium.

McCann himself described the display as ‘faultless’ and Taylor echoed those sentiments afterwards, describing the performance as a ‘pleasure to be involved in’. The former Newcastle United centre back, who has over 200 games in the Premier League on his CV, is very excited to be part of a vibrant and close-knit dressing room and admitted at times he felt sorry for the opposing defences to be coming up against the attacking threat in the Posh starting line-up.

“I walked into the dressing room at the final whistle and you saw how happy the lads were and they thoroughly deserved to be pleased because it was an absolute pleasure to be part of that performance against a good side. I felt sorry for the Bristol Rovers defenders at times because we were very good going forward, the pace and work ethic of the team was tough to play against.

“We had to dig in at times, but you have to show that side of your game as well. I thought my centre back partners were superb, they were throwing themselves into challenges, putting their bodies on the line and that is what you need to do. I have played with some defenders at a higher level that are not as brave as these lads are. They are still young as well, they have a lot of potential as their understanding and reading of the game is excellent.

“It was great to score a goal as well, I think you could see that I was pleased! I loved that buzz of scoring, I nearly did another little jump, but I suddenly realised how close I was to the supporters, I had to stop myself! It was a good win, but we don’t look too far ahead of ourselves. The manager said about how quickly you can be brought down to earth. We know that because of the performance and result to Barnet in the Carabao Cup,” Taylor said.

Posh entertain Rotherham United at the ABAX Stadium on Saturday (3pm) and the Millers will arrive in good form too after a crushing 5-0 victory over Southend United. Five former Posh players could line-up in their starting XI including Joe Newell who was among the scorers at the weekend.

“Rotherham will be a test for us, they had a good win last weekend, but the manager has a few things up his sleeve and different formations we can switch to either in a game or from the first whistle.”

Tickets are available for Saturday’s game at www.theposhtickets.com , via the Ticketmaster hotline 0844 847 1934* or in person at the ABAX Stadium Box Office.