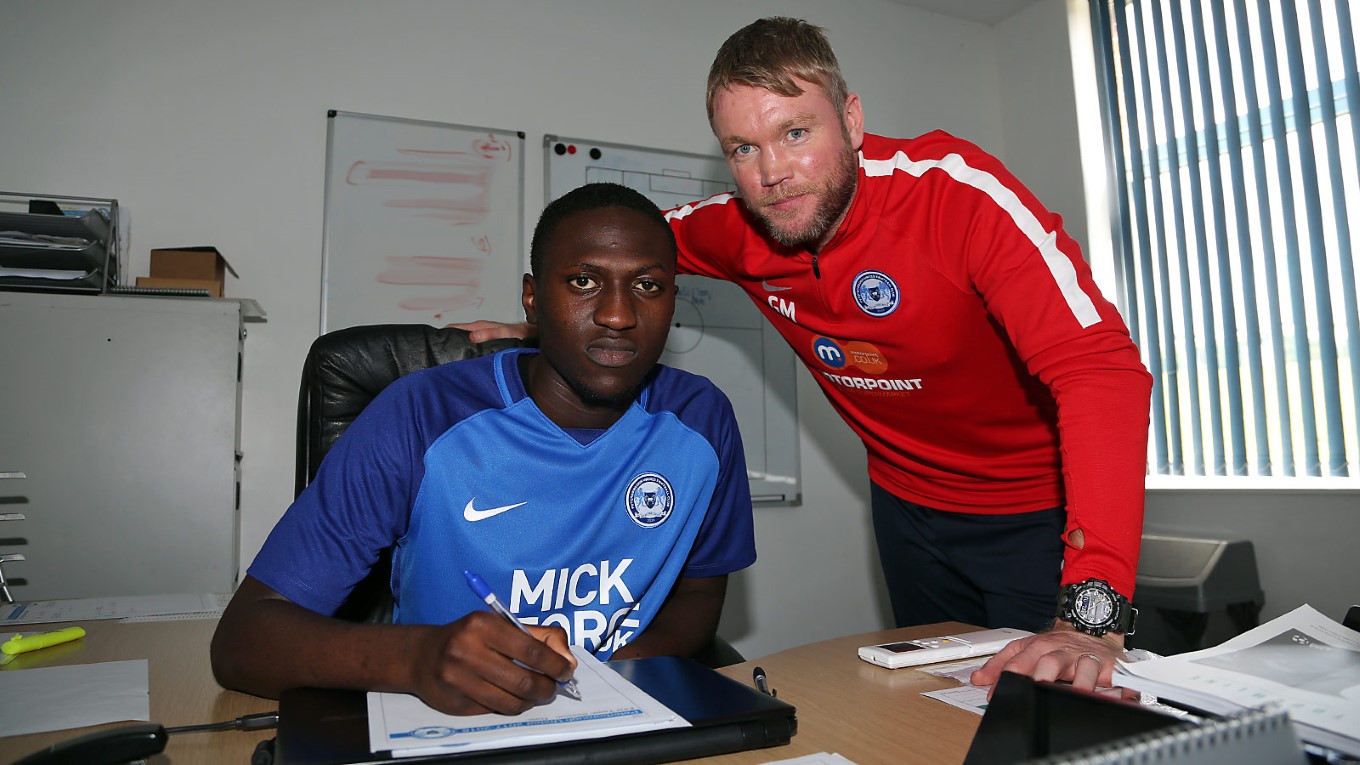 Idris Kanu has penned a contract at the ABAX Stadium.

Peterborough United have dipped into the transfer market for the ninth time this summer with the latest arrival that of highly-rated Aldershot Town striker Idris Kanu, who has penned a three-year contract after the two clubs agreed an undisclosed fee. The deal is subject to the ratification of the paperwork.

The 17-year-old, who has linked with a whole host of clubs, has put pen to paper on the deal that will keep him at the club until 2020.

Kanu came through the youth ranks at West Ham United before joining Aldershot where he became the club’s youngest ever player and youngest ever scorer. He had a trial with Premier League side Manchester United, scoring twice for the club’s under 18 side.

Manager Grant McCann said: “I am delighted to get Idris into the building, he is a big talent. I watched him last year at Aldershot and the kid has unbelievable ability. We will try and nurture him, we believe he is ready for the first team now and we will work with him on the training ground to improve him.

“For such a young lad to play so many games for Aldershot speaks volumes. Credit to him, he left an Academy to play league football and men’s football and there was a lot of interest in him, from Premier League clubs too, so he showed a great desire to want to sign for Peterborough United and I am looking forward to working with him.

“Idris can play in any of the front three positions, he is a player that likes to get at players with the ball, he is quick, strong and can play with both feet. He is something different, he is good technically and plays off the cuff a little bit. I think he will complement the three strikers we already have at the football club,” McCann said.

Kanu, speaking to the club’s iFollow service, said: “When I heard about Peterborough showing an interest, it was definitely a club that I wanted to speak to because everyone knows what the club can do with young players. I had a short spell with Manchester United on trial and scored two goals for their under 18s, but I wanted to play men’s football.

“I learned a lot in my time with Aldershot both on and off the field. It was good to test myself physically at that level up against men and was able to deal with the dressing room environment. I am looking forward to getting started with Peterborough now.”