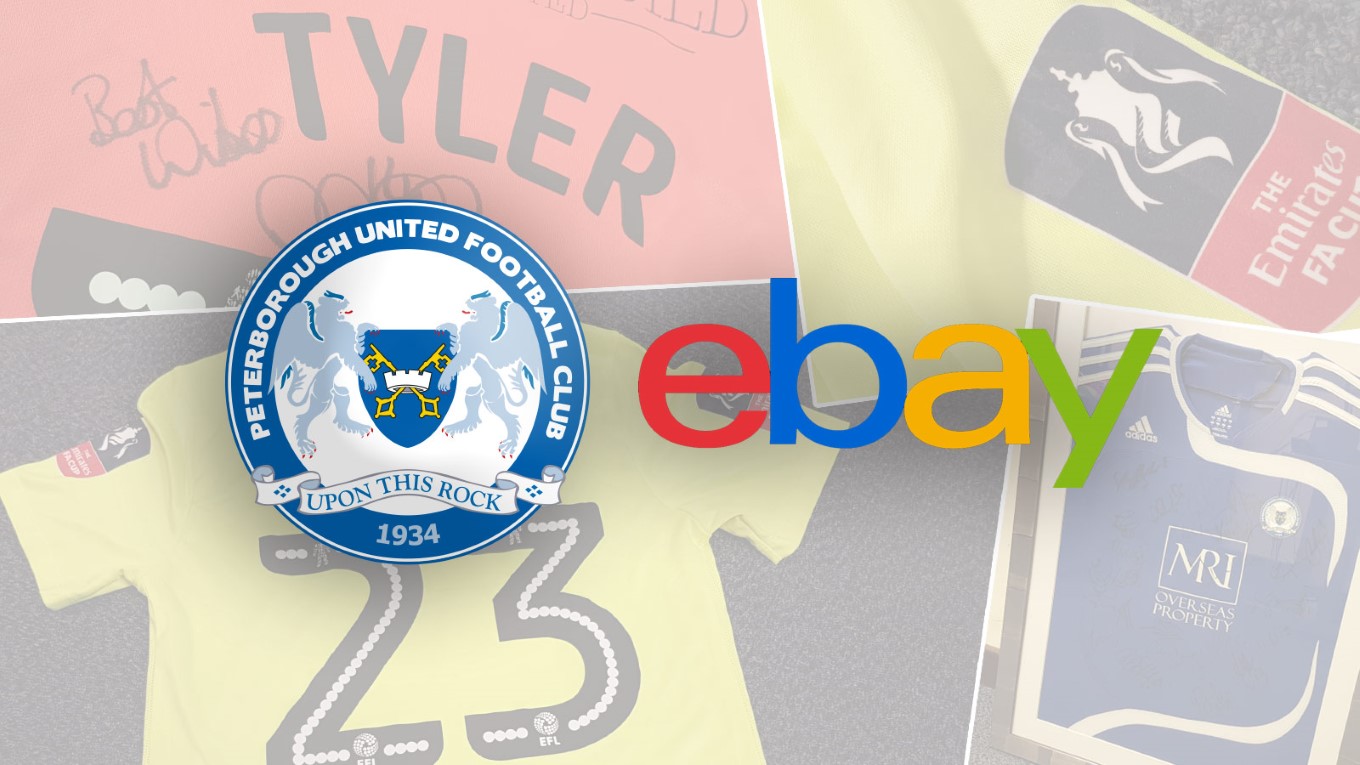 The football club have acquired a number of signed items over the past few years and with other unique and sought after pieces in the club’s possession; the decision has been made to set up a Posh eBay Shop, which is now available to view.

The shop allows supporters and collectors to bid on the items, which run for seven days each, with the winning bidder notified by the club once the auction has closed. One of the most popular items already added to the shop is a signed Michael Bostwick home shirt from the 2017-2018 campaign.

Bostwick, who departed for Lincoln City last month, has signed the shirt close to the number he was allocated prior to his departure. Bids are already being received for this item.

Last season, Posh travelled to Premier League Champions Chelsea in the Emirates FA Cup and the football club have a number of shirts featuring the cup logo which have been personally signed including Michael Smith, Callum Chettle and Posh legend Mark Tyler.

Also in store right now are a number of retro framed shirts from the 2008-2009 campaign. The home, away and third shirts are all available to purchase. To visit the store, please click here: http://www.ebay.co.uk/usr/peterboroughunitedfc?_trksid=p2047675.l2559