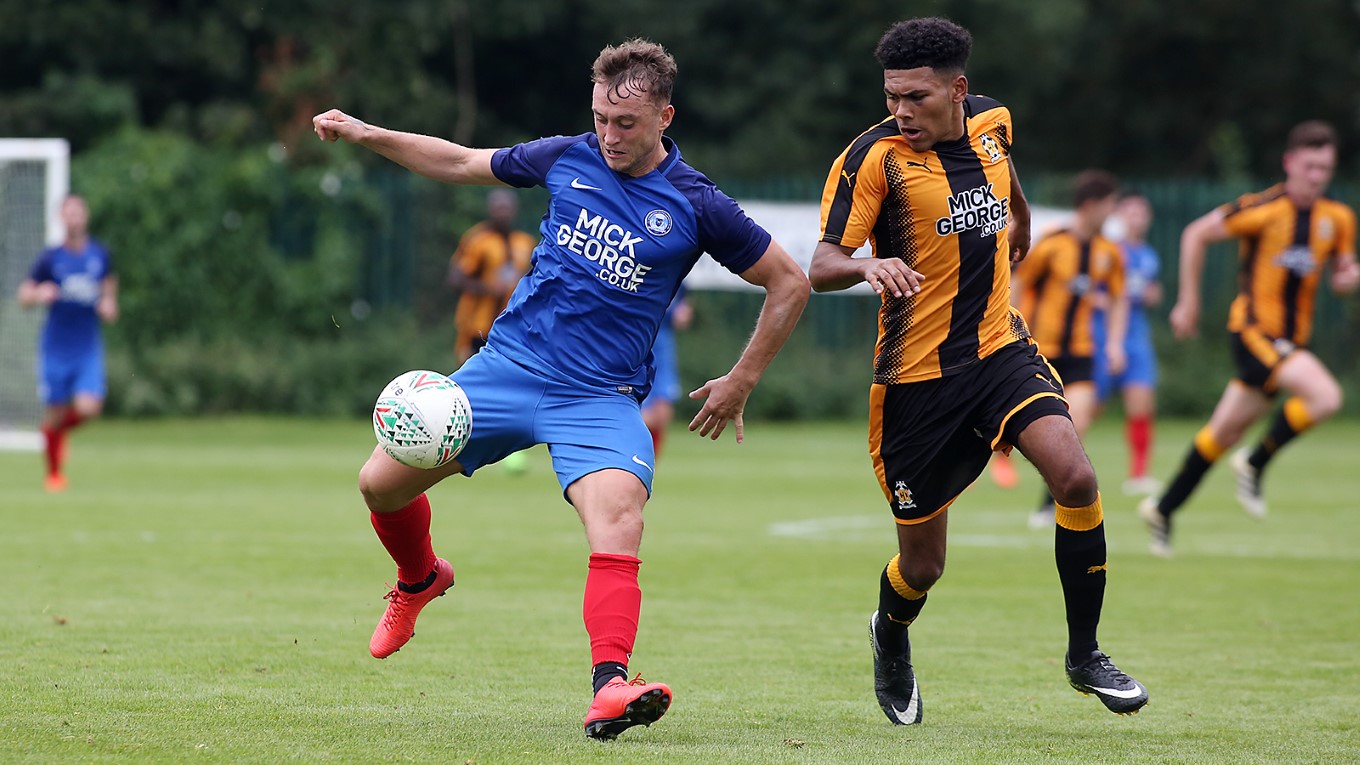 Miller Brace Not Enough For Reserves

The Peterborough United reserves were beaten 5-3 by Cambridge United in a highly competitive friendly fixture at the Mick George Training Academy on Tuesday afternoon with striker Ricky Miller netting a brace of penalties.

The U’s, who fielded a strong side including ex-Posh youth team striker Jevani Brown, were managed by former Posh midfielder Mick Halsall, and Brown scored arguably the goal of the game with a fine half volley from distance. Maris and Azeez were also on target for the visitors.

Miller’s two spot-kicks were converted expertly after Idris Kanu and Danny Lloyd were felled in each half, while Kanu tapped home after a strong run from Miller who was a menace throughout. Midfielder Chris Forrester struck the post, while Conor O’Malley made a couple of excellent stops as the U’s pressed.