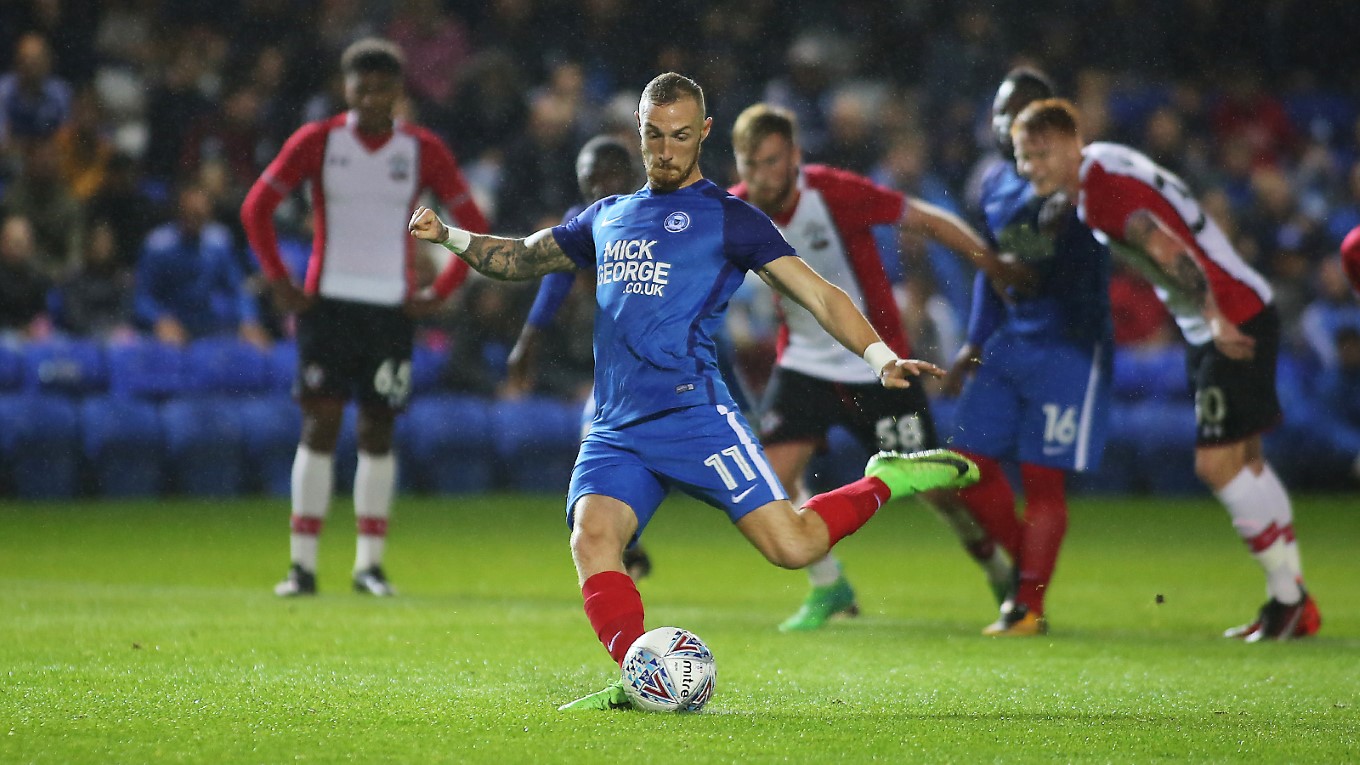 Young Southampton side swept aside by in-form Posh at the

Peterborough United began their Checkatrade Trophy group stage campaign with a comfortable 2-0 victory over Southampton at the ABAX Stadium with Junior Morias and Marcus Maddison on target for the second successive fixture.

It didn’t take long for Grant McCann’s men to nudge themselves ahead, two minutes on the clock when Junior MORIAS fired home from close-range after Marcus Maddison’s corner kick caused panic in the Saints six-yard box.

Conor O’Malley was called upon to make a fine stop moments later to deny Jonathan Afolabi after the striker had tricked his way past Hughes. Edwards fired wide of the target on eight minutes after being picked out by Maddison as Posh pushed for an early second in the driving rain.

Morias was denied a second by a fine fingertip stop from goalkeeper McCarthy, the only experienced member of the Saints starting line-up. On 21 minutes, Posh made it 2-0 as Cook upended the lively Kanu in the box and Marcus MADDISON stepped up and coolly sent the goalkeeper the wrong way from the spot to make it two in two for the talented attacking midfielder.

O’Malley was well positioned to deny Callum Slattery’s powerful free-kick on 34 minutes after Baldwin had upended the strong Afolabi. Maddison tested McCarthy with a low right-footed strike on 41 minutes after good build-up involving Morias and Doughty.

O’Malley had to be at his athletic best to tip over a well-struck volley from Alfie Jones on 47 minutes as the visitors made a bright start to the second period. Morias was denied by the legs of McCarthy on 55 minutes after a wonderful through ball by Da Silva Lopes before Posh prepared to make a couple of changes.

Tafazolli planted a header wide of the target from a driven Maddison corner kick on 58 minutes. Jack Marriott and Jermaine Anderson were introduced on the hour mark with Doughty and Morias the men withdrawn.

Goalkeeper McCarthy did well to push a glancing header from Tafazolli around the post on 66 minutes after another excellent Maddison set-piece. Marriott should have made it 3-0 after charging down a clearance from Wood, but after taking a decent touch, he fired wide with his left-foot.

Marriott fired over from close-range before Liam Shephard was introduced for Da Silva Lopes. Edwards had the ball in the back of the net on 81 minutes from a deep Marriott cross, but the assistant referee ruled it out for offside.