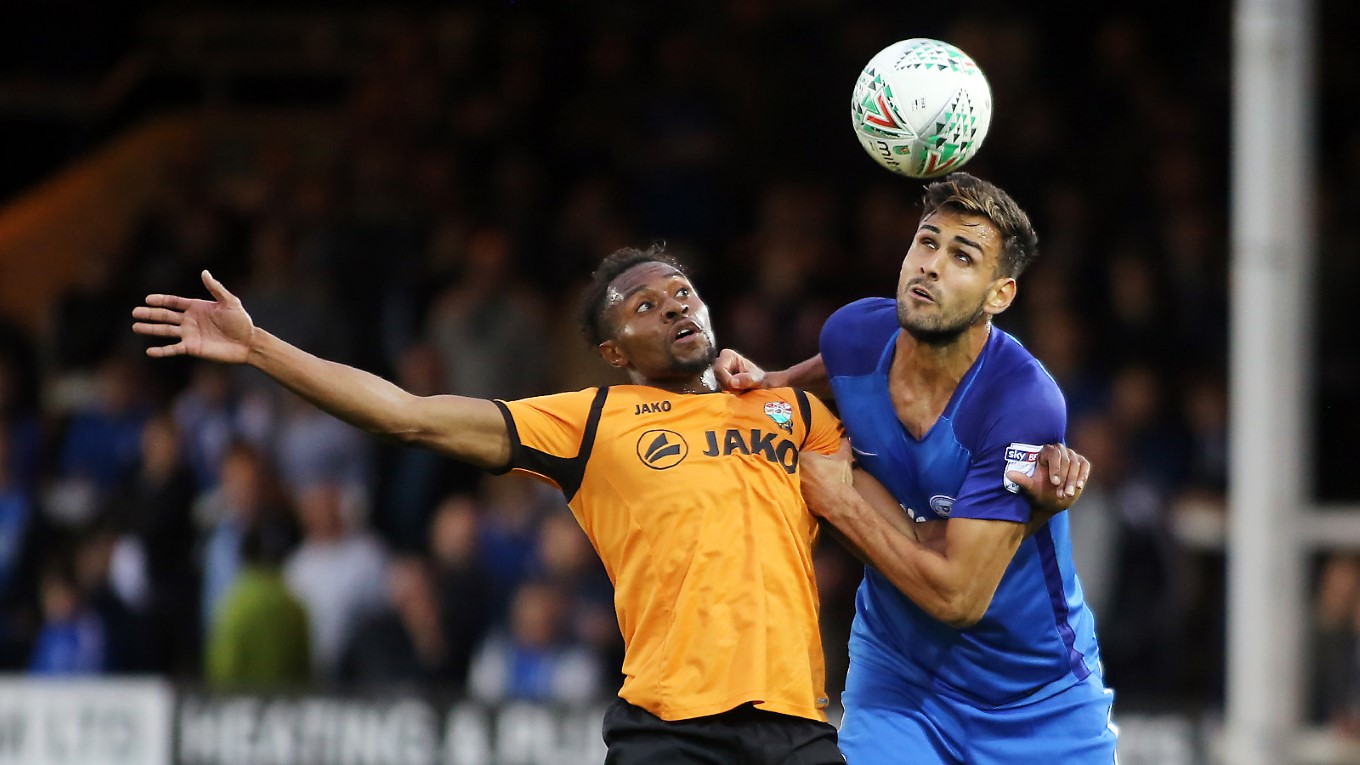 Grant McCann's men were beaten 3-1 by Barnet at the ABAX Stadium.

Peterborough United were dumped out of the Carabao Cup at the first round stage as League Two side Barnet secured a 3-1 victory at the ABAX Stadium in front of just over 2,700 supporters. Shaquile Coulthirst scored on his return with a penalty kick and despite a lot of pressure, particularly from corner kicks, Posh couldn’t find a way back into the contest.

David Tutonda struck the outside of the post with a thunderous effort from distance for the Bees on four minutes as Barnet made the brighter start to the contest at a wet ABAX Stadium. Bond made a decent stop to deny Shaquile Coulthirst on nine minutes after an error from skipper Baldwin in a dangerous spot.

Jack Marriott tested Stephens with a powerful header on the quarter hour mark after a teasing cross from centre back Ryan Tafazolli. The visitors got themselves in front on 22 minutes and it was a deserved lead as well, AKPA-AKPRO firing into the top corner after Santos had nodded a corner back across goal.

Tafazolli headed wide from a Maddison free-kick on 27 minutes after Edwards was fouled by the touchline just inside the Barnet half. Posh levelled the scores on the half hour mark as EDWARDS cut inside from the left and fired low past goalkeeper Stephens at his near post.

Forrester was denied by Stephens moments later after a neat interchange involving Morias and Doughty, the goalkeeper doing well to save with his legs to keep the Irishman out.  Posh made a change at the interval with Andrew Hughes replacing Danny Lloyd.

Marriott was a whisker away from levelling on 48 minutes after Forrester dispossessed Santos with a fine tackle as the former Posh man tried to stride out of defence. Edwards saw a shot blocked and then the goalkeeper was in the right place to parry after Marriott pierced the Barnet defence with a fine pass from the half-way line.

Maddison saw a shot blocked and then Tafazolli saw a towering header parried behind for a corner kick by Stephens. However, the visitoirs got their second before the interval and it was a well worked team goal finished off by a low crisp finish from VILHETE. On 58 minutes, the Bees got a third goal as Doughty was penalised for a handball following a Vilhete free-kick – COULTHIRST stepped up and despite the best efforts of goalkeeper Bond, the ball trickled over the line.

Leo Da Silva Lopes was introduced by Grant McCann for the final 23 minutes but the visitors were still looking threatening themselves. Tafazolli headed a Maddison corner over on 78 minutes as Posh pushed players forward.

Stephens somehow kept out a downward header from Tafazolli from a Maddison corner kick on 80 minutes, pushing the effort onto the underside of the crossbar before the Bees hacked it clear.