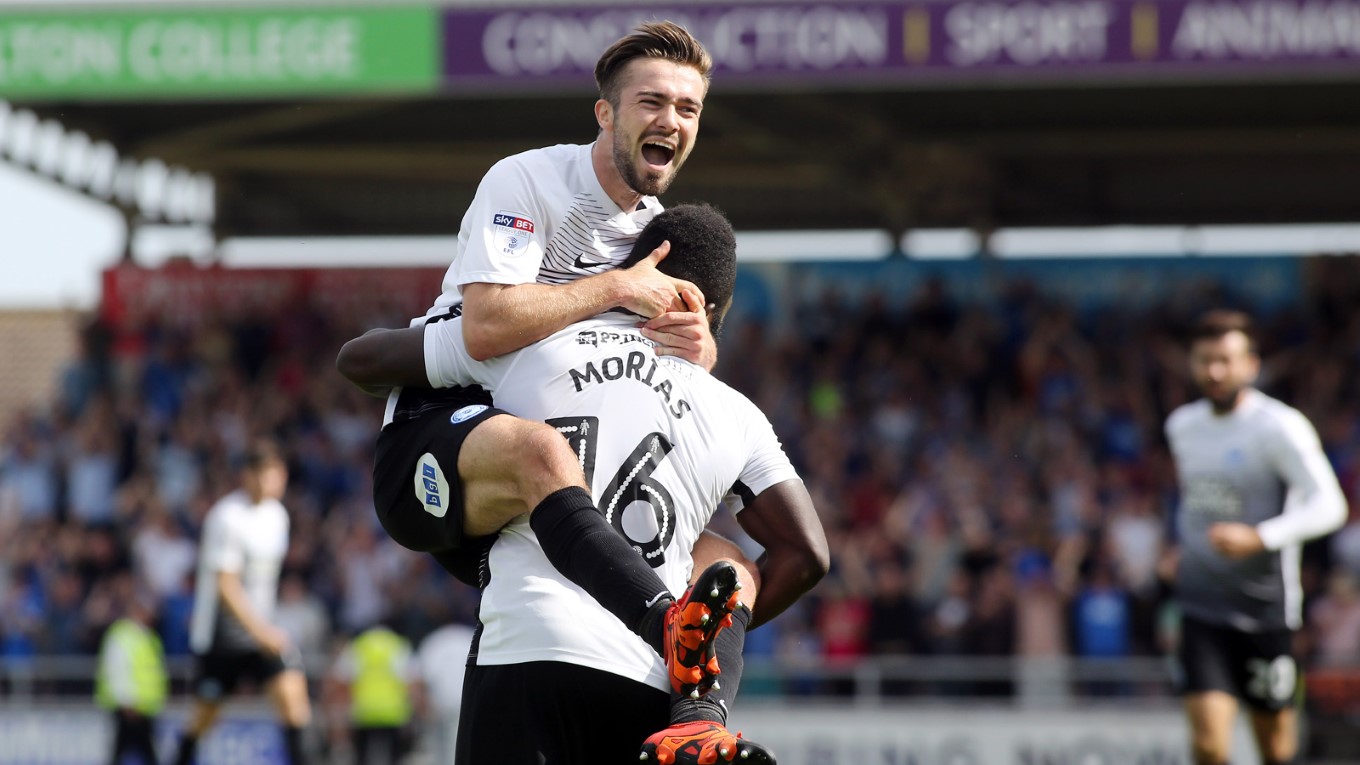 Peterborough United made it four Sky Bet League One wins in a row after a comprehensive 4-1 victory over local rivals Northampton Town at Sixfields as Grant McCann’s men stamped their authority all over their opponents to send the 1,400 Posh fans home delighted.

An excellent right-wing centre from Leo Da Silva Lopes on four minutes picked out Gwion Edwards at the back post, but his downward header was well gathered by debutant Luke Coddington. Marcus Maddison fired over with his right-foot moments later after a fine pass from Junior Morias had picked him out in a bit of space.

Da Silva Lopes had a presentable chance on 20 minutes to break the deadlock after a teasing Edwards cross, the teenager firing over the bar on the volley from around 10-yards. Taylor headed a Grimes free-kick wide of the target on 26 minutes as the home side pressed.

Edwards glanced a header from a Maddison corner kick over the bar at the other end after Marriott’s shot had been blocked well by Pierre. The deadlock was broken on 32 minutes and it was a wonderful solo effort from Gwion EDWARDS, who picked the ball up his own half, raced at pace towards goal, cut inside and fired low past Coddington at the near post.

Morias fired wide of the near post after linking well with Edwards moments later as Posh tried to press home the advantage. Grant McCann’s men doubled the lead on 41 minutes and it was another excellent strike, Junior MORIAS turning his man Pierre and firing low past Coddington’s out-stretched arm.

Grimes registered the first Northampton shot on target in first half stoppage time, Bond making a routine stop. Marriott saw a weak left-footed lob easily claimed by Coddington on 50 minutes after a glorious pass from Maddison.

Marriott was played through again by Maddison on 55 minutes, but this time Coddington made a smart stop to deny the striker’s left-footed strike. Morias cracked a shot into the side-netting from another fine Maddison pass on the hour mark as Posh desperately tried to put this game to bed.

Doughty floated a shot over the bar on 64 minutes after superb work in a tight area by Edwards on the dead ball line. Posh should have had a spot-kick on 66 minutes as Maddison was clearly tripped in the box by Buchanan but the referee waved away the protests.

Maddison sent a low shot wide of the near post on 74 minutes after a fine first touch took him away from his marker. Posh finally made it 3-0 on 76 minutes as MARRIOTT got his sixth goal of the season with a fine finish through the legs of the keeper.

On 85 minutes, the home side reduced the arrears as Alex REVELL headed home an in-swinging corner from the far side, a set-piece that in truth should never have been given in the Cobblers favour.

In stoppage time, Posh added a fourth that their play deserved, substitute Danny Lloyd upended in the box by Pierre and Marcus MADDISON coolly converted the spot-kick with aplomb.