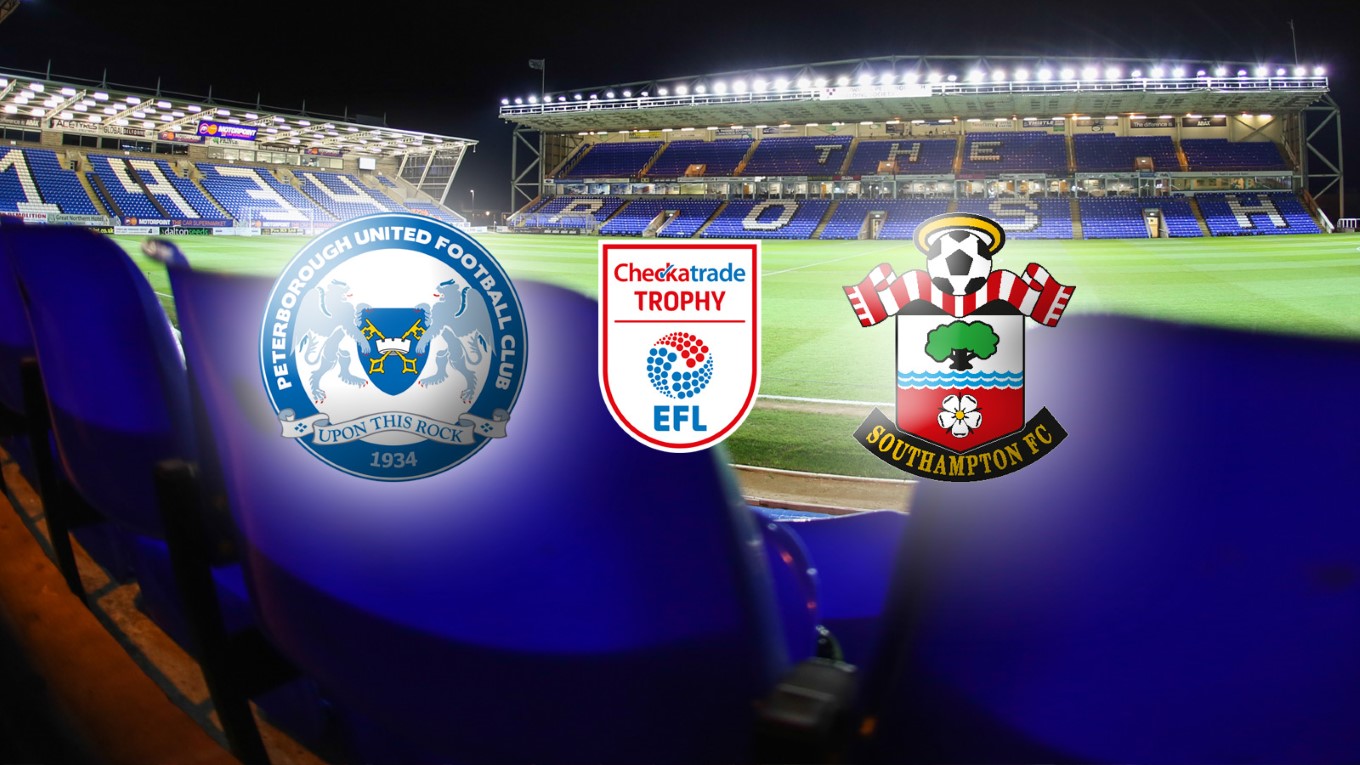 Peterborough United kick-off their Checkatrade Trophy campaign on Tuesday night as Grant McCann’s men entertain Southampton (u21) at the ABAX Stadium (7.45pm) and the Posh boss has confirmed that he is desperate to improve on last season’s performance in the competition.

Posh were beaten by an experienced Norwich City side and followed that up by losing to Milton Keynes Dons before beating Barnet at the Hive in a dead rubber group game. The Saints are arguably the best Academy in the Premier League with a whole raft of talented youngsters coming through the ranks at St. Marys.

While Posh are expected to field a strong side against the Saints, manager McCann confirmed that midfielder Jermaine Anderson is expected to get more minutes under his belt. Anderson came on as a late substitute in the 4-1 rout of local rivals Northampton Town on Saturday and although he is ahead of schedule, he isn’t expected to start.

Ricky Miller remains suspended while Callum Chettle is out with a muscle strain. Chris Forrester, Danny Lloyd and Andrew Hughes are pushing for starts. Southampton have sent across a squad list for the clash and no first team players are included, however, the Saints are desperate to go far in the competition.

“Part of my remit is to win the Checkatrade Trophy so it goes without saying that I want to win the game on Tuesday night. We were beaten heavily by Norwich City in the first group game last year and that left us chasing the group. We want to start well but know it will be difficult because Southampton have a strong crop of youngsters.

“Jermaine is ahead of schedule and it was great to get him some minutes on Saturday. He will get some more minutes against Southampton. He is a good player, you know he can bring a lot of energy into midfield. We are looking forward to the game.”

Tickets are on sale from www.theposhtickets.com, via the Ticketmaster Hotline 0844 847 1934 (calls cost 7ppm plus your network access fee) and at the Box Office in person. Season ticket holders' seats are reserved until 5pm on Monday 28th August. The Motorpoint and Upper Tier of the BGL Family Stand will be closed for this match.