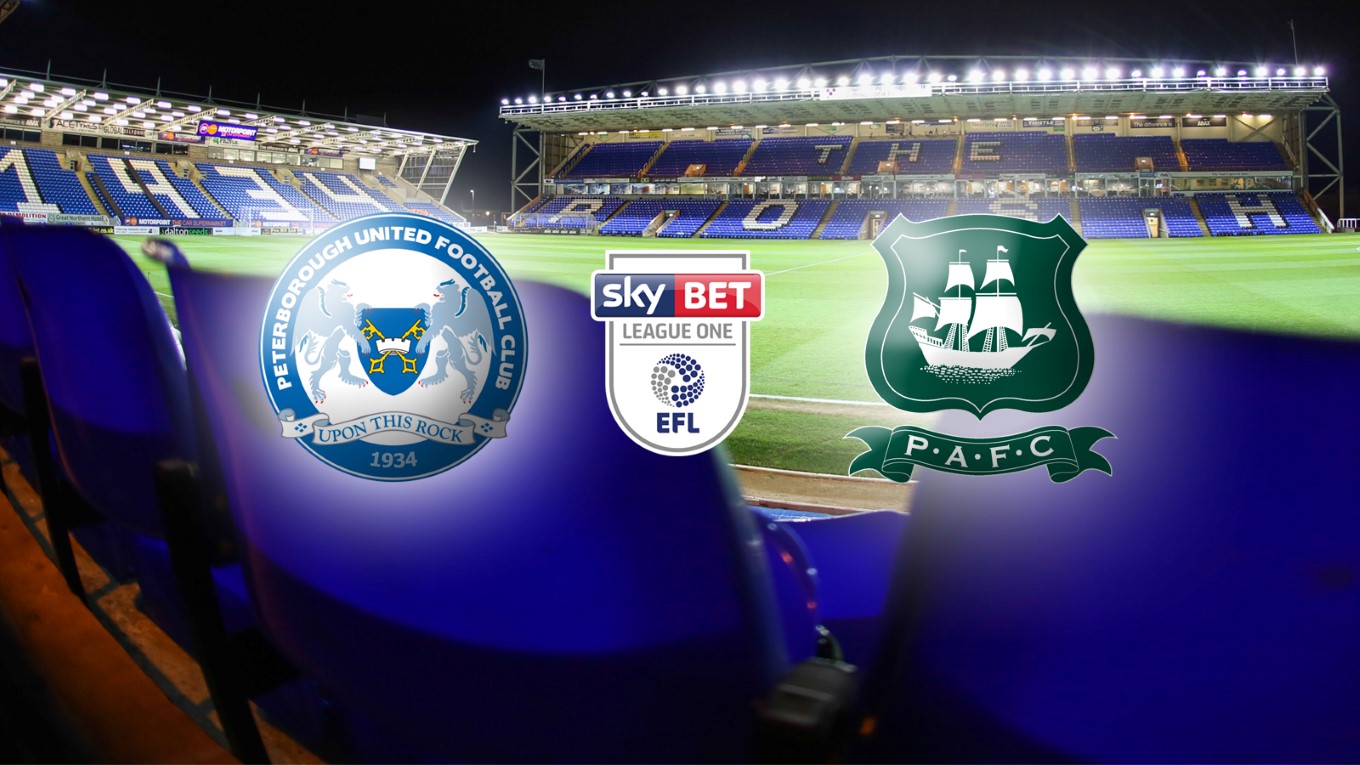 We look forward to Saturday's game with Plymouth Argyle.

Peterborough United open their Sky Bet League One account against newly promoted Plymouth Argyle at the ABAX Stadium on Saturday (3pm) as the eagerly-anticipated new campaign gets underway.

Grant McCann’s men are in front of their own supporters for the first time in three years on opening day after a number of trips north to face Rochdale. Plymouth will provide tough opposition for Posh after securing promotion from League Two last term and enjoying a decent pre-season campaign.

Posh are without the services of striker Ricky Miller who is serving the first of a six-match ban carried over from last season and his previous club Dover Athletic. Midfielder Jermaine Anderson is around a month away from a first team return. Anderson has re-joined light training with his team-mates and will step up his rehabilitation over the coming weeks.

Argyle are expected to line-up in a 4-2-3-1 formation with Ryan Taylor set to lead the line, but it will be the form of influential attacking midfielder Graham Carey that will be the key to their performance. Carey signed a new deal in the summer after being linked with a host of clubs and could well be the best bit of business done by Derek Adams ahead of their first campaign at this level since 2011.

“Plymouth will have a bit of momentum having been promoted from League Two and the first game of the season is always a hard one to prepare for, however, we have watched them in pre-season and know that they are a good side. We are fully focussed on ourselves, we are looking forward to the game and playing in front of our own supporters.

“We want to go out there and entertain the fans and play the Peterborough way. The fans will see the players wear their hearts on their sleeves, they will work hard for the cause and hopefully carry on our goal-scoring form from pre-season.”

“Peterborough have changed a bit over the summer. They have taken in a good number of players, like ourselves. They are a team that have been able to stabilise themselves in League One and they are looking to get back into the Championship. They are a club that signed players this summer but also moved players on as well.

"We have had them watched a good number of times and we will analyse them. We will do that for every team in the division. Yes, we have had more time than we would get for other games and I think we are prepared for what Peterborough are going to set out and play,” Plymouth manager Derek Adams said.

Ticket sales ahead of the game have been very encouraging so supporters are urged to make sure they arrive early to avoid any queues. Plymouth have sold over 1,200 tickets for the game so they will be well backed too. Tickets are on sale at www.theposhtickets.com, via the Ticketmaster hotline 0844 847 1934* and in person at the ABAX Stadium Box Office. The Box Office will open from 10am on Saturday. Further ticket information can be found here: https://www.theposh.com/news/2017/august/ticketing-tuesday-match-day-informationnew-page/

The Posh fan park will be in operation ahead of kick-off with performances from the Mick George cheerleaders. Peter Burrow, Mick the Skip and players not involved in the action will also be present with the FootDarts, speed kick machine and target zone all available for supporters to get involved with.

There will be a minute’s applause in the 50th minute for Posh fan Graham Hill who sadly passed away in the summer. You can find out more here: https://www.theposh.com/news/2017/august/minutes-applause-to-take-place-on-saturday/