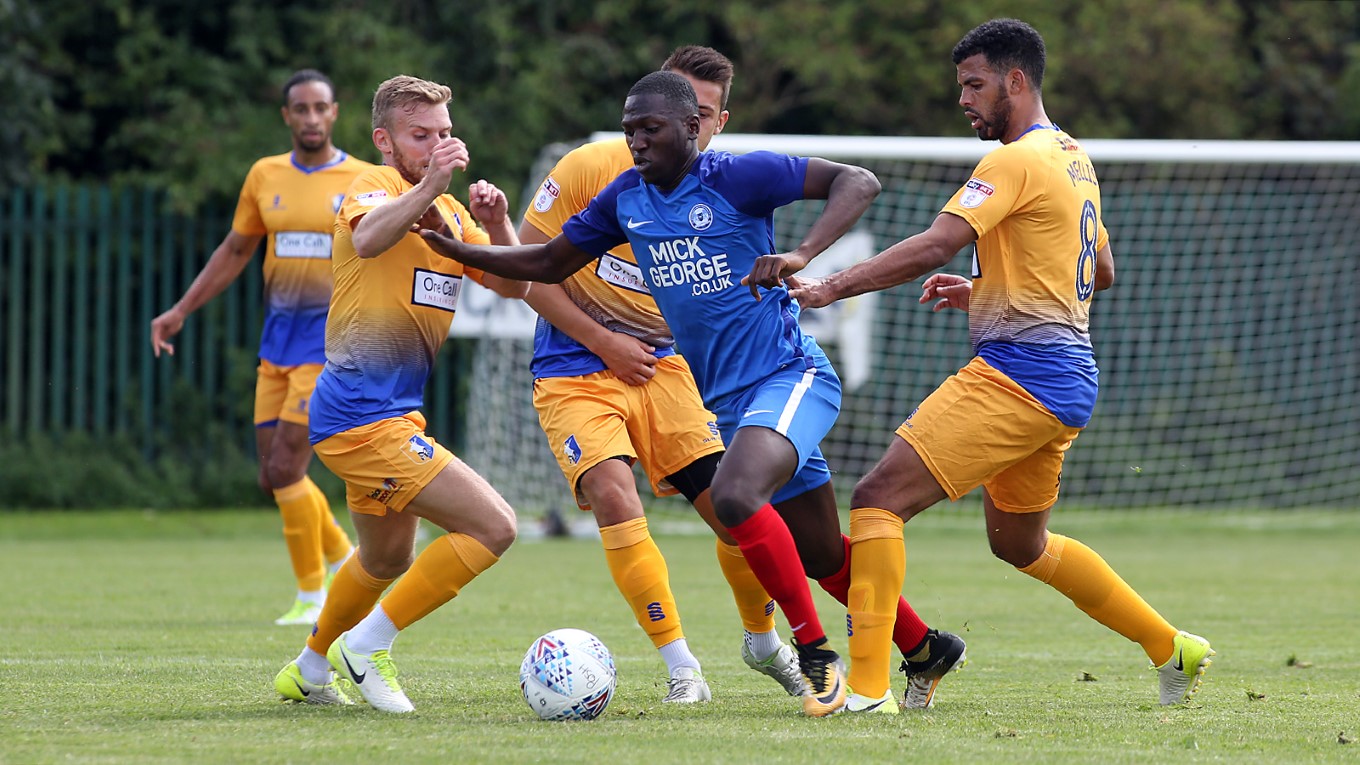 A goal midway through the second half from summer signing Danny Lloyd earned the Peterborough United reserve team a 1-0 victory over Mansfield Town at the Mick George Training Academy, although in truth, the score-line should have been far more emphatic with Posh dominating for long spells against the Stags.

Mansfield, who were watched by first team boss Steve Evans, included former Posh players Bobby Olejnik and Alfie Potter in their starting line-up, but new goalkeeper Conor O’Malley had a fairly routine 90 minutes, only called upon to make comfortable saves from long-range efforts.

Lloyd and Ricky Miller both saw free-kicks well held by Olejnik while the lively Idris Kanu and Andrea Borg caused plenty of problems for the Stags. Miller was a handful throughout and was involved in the only goal of the game, his cross was met by Craig Mackail-Smith but Olejnik could only divert the ball into the path of Lloyd who made no mistake from close-range.

Mackail-Smith, who continues to train with the football club as he tries to secure his future away from the ABAX Stadium, played just over 75 minutes alongside Miller in attack. Chris Forrester went close to adding a second late on but saw his effort clear the crossbar.