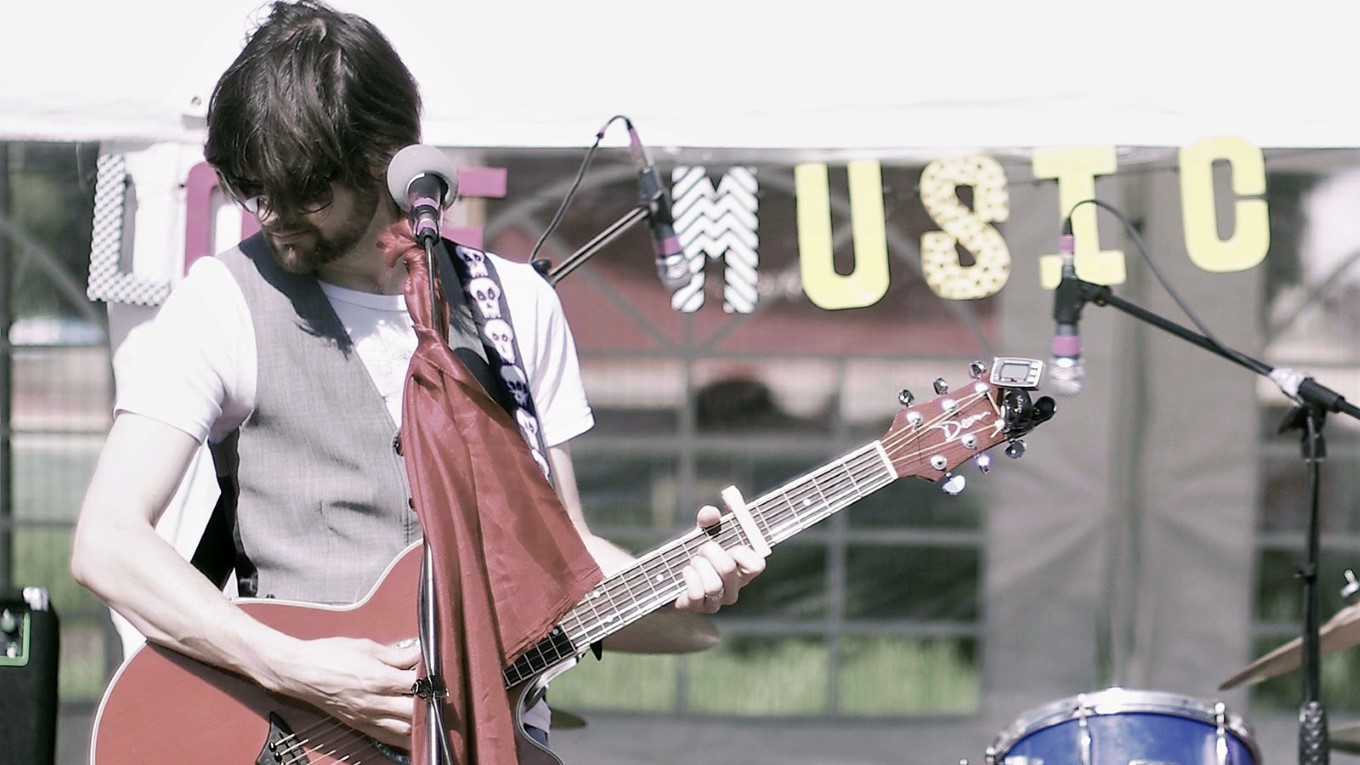 Plenty of fun for all the family in the Posh Fan Zone situated close to the Ticket Office at the ABAX Stadium.

Peterborough United are back at the ABAX Stadium on Saturday afternoon with Rotherham United the visitors and the fan zone will be jam-packed with activities and entertainment from 1pm. In fact, just ahead of 2pm, the club are pleased to confirm that singer Gavin Chappell-Bates will be in attendance to entertain supporters.

Gavin is a European acoustic folk-rock singer-songwriter from Cambridge, England. Gavin’s music has featured on Tom Robinson’s show on BBC 6 Music and Janice Long’s show on BBC Radio 2. He regularly appears on BBC Introducing, as well as other local and national stations. He has been nominated for Best Male Solo Artist for the last three years at the NMG Awards and has a growing fan base in France where numerous fan sites have popped up.

Gavin is currently recording his second album, the first single from which – ‘Lovely Day’ – was released on Friday 18th August 2017. It is being recorded at Half-Ton Studios and features a variety of musicians including Booga from Ezio, Paul Richards of Fred’s House and Neil Bruce from Bouquet of Dead Crows.

In 2017 he will have played a number of festivals including Cambridge’s Big Weekend, Strawberry Fair, Homegrown and Subterranean at Cambridge Corn Exchange. Gavin set off on his first ever tour in September 2014 and has gigged relentlessly since. His shows vary for every performance; from live looping, to playing with a band, to stripped down performances with an acoustic guitar, harmonica and stomp box. He has performed at The Rescue Rooms (Nottingham), Hoxton Bar and Sebright Arms (London), The Hunter Club (Bury St. Edmunds), Norwich Arts Centre and The Portland Arms (Cambridge).

Please give Gavin plenty of support! He will be performing through to around 2.45pm in the foreverposh Gazebo.

Situated close to the ticket office and next to the Posh Venue, there will be plenty going on for all of the family. The hugely popular FootDart board will be in attendance, so if you fancy combining your Phil Taylor skills with your Philip Coutinho abilities, then why not give it a go.

We also have the speed kick machine inside the zone which allows you to show off how powerful you can be with your finishing with sponsors Princebuild looking after that for us. The FootPool table also makes a welcome return!

The Mick George target zone is always popular with youngsters and adults alike while refreshments are provided by Compendium74. Peter Burrow will be meeting supporters in the zone, while a number of players not involved in the fixture will be on hand to sign autographs and pose for pictures.

The zone will be open from around 1pm so make sure you arrive in plenty of time to get involved! The Posh Venue will also be open for all supporters rather than just members. The Fan Zone will be the place to be ahead of kick-off throughout the campaign with singers, bands, DJs, freestylers and much more booked to entertain supporters.