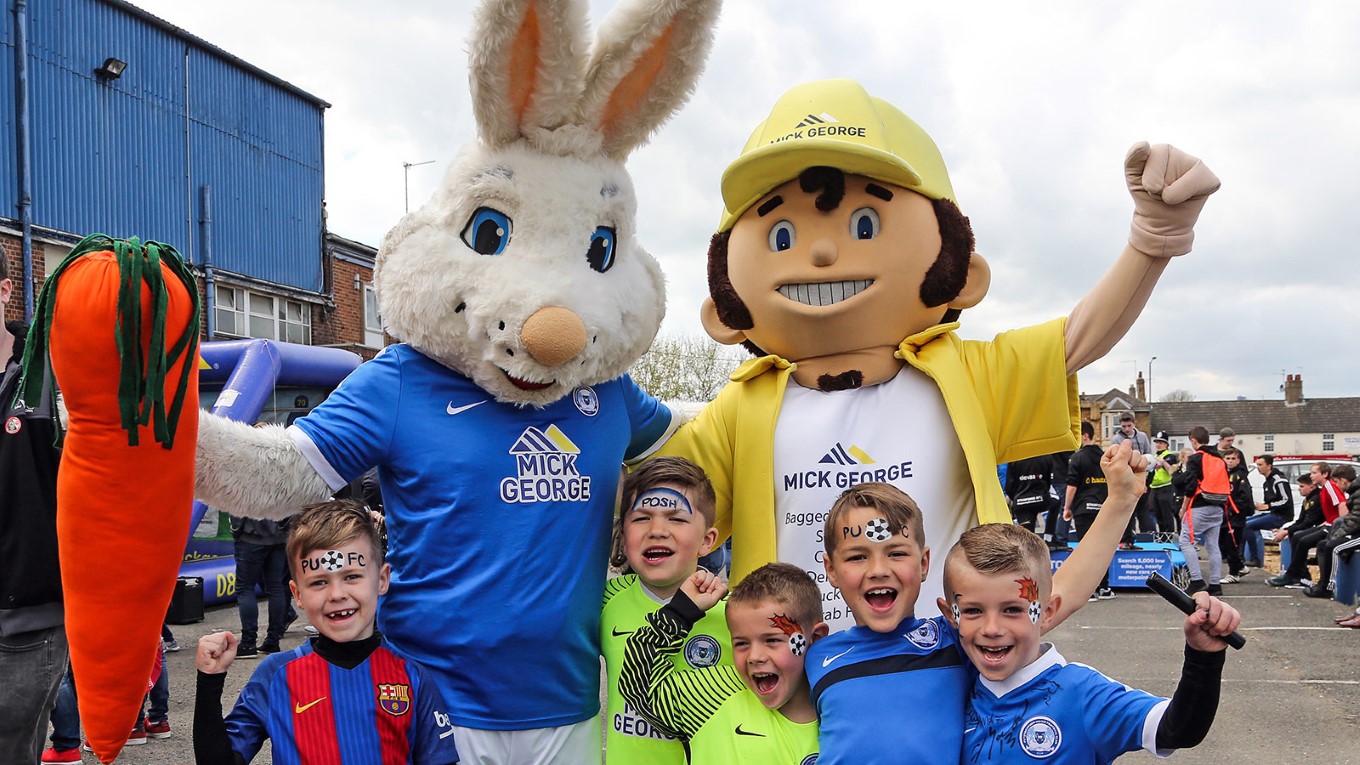 The Posh fan zone will have plenty of fun for all of the family ahead of kick-off.

The new season gets underway on Saturday when Peterborough United face Plymouth Argyle at the ABAX Stadium, but it is not just on the pitch where supporters will hopefully be entertained – the Posh Fan Park will be in full swing right up until kick-off.

Situated close to the ticket office and next to the Posh Venue, there will be plenty going on for all of the family including a performance from the Mick George Cheerleaders. Mick George are Saturday’s match sponsors and the cheerleaders will also be performing inside the stadium.

The hugely popular FootDart board will be in attendance, so if you fancy combining your Phil Taylor skills with your Philip Coutinho abilities, then why not give it a go. We also have the speed kick machine inside the zone which allows you to show off how powerful you can be with your finishing with sponsors Princebuild looking after that for us.

The Mick George target zone is always popular with youngsters and adults alike while refreshments are provided by Compendium74. Peter Burrow will be meeting supporters in the zone, while a number of players not involved in the fixture will be on hand to sign autographs and pose for pictures.

The zone will be open from around 1.30pm so make sure you arrive in plenty of time to get involved! The Posh Venue will also be open for all supporters rather than just members. The Fan Zone will be the place to be ahead of kick-off throughout the campaign with singers, bands, DJs, freestylers and much more booked to entertain supporters.