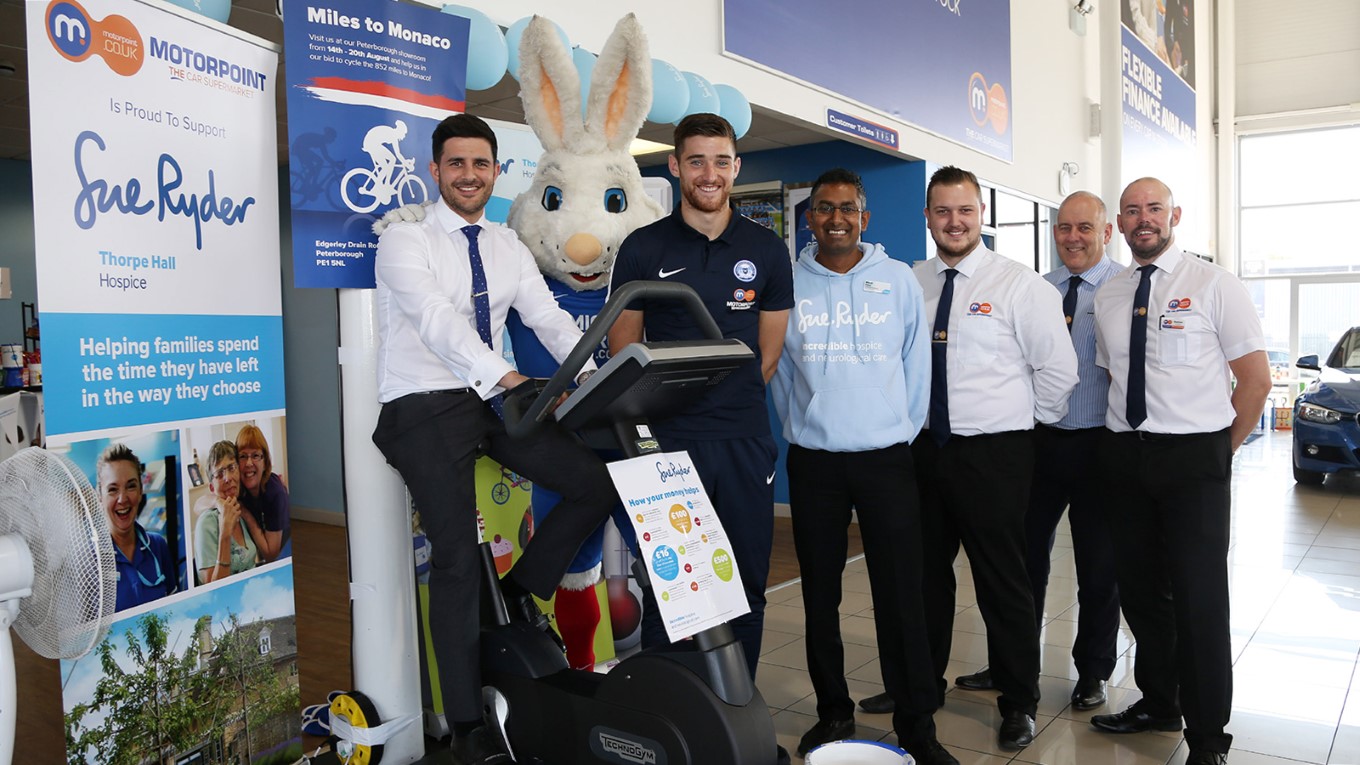 Staff at Motorpoint in Peterborough are hoping to raise up to £1,500 this week for Sue Ryder Thorpe Hall by cycling to Monaco – albeit with a difference.

Tom Stanton, General Manager at Motorpoint in Peterborough and the 50-strong team have been taking a break from selling cars to do turns in the saddle of a state-of-the-art special exercise bike from Bannatyne as they look to clock up 852 miles this week in the showroom of the branch on Edgerley Drain Road.

Among the visitors to pop into Motorpoint this week to give the staff moral support was Peterborough United Captain Jack Baldwin, who took time out from preparations before the Sky Bet League One victory over Rotherham United to do his turn on the bike. He was joined on the bike afterwards by Nilesh Patel, Community Fundraiser at Sue Ryder Thorpe Hall and lifelong Peterborough United fan.

"We’re extremely grateful to Jack for popping into Motorpoint to see us,” explained Tom Stanton. “He’s a busy guy at the moment with the fixtures coming thick and fast so it was great to see him doing a few miles on the bike for Sue Ryder Thorpe Hall.”

Motorpoint in Peterborough officially adopted Sue Ryder Thorpe Hall as its charity partner earlier this year.  The 20-bed facility, which is based in Longthorpe, cares for people over the age of 18 from in and around the city who are living with a variety of life-limiting illnesses.

Nilesh Patel, Community Fundraiser at Sue Ryder Thorpe Hall, added: “We are extremely grateful to the whole team at Motorpoint for everything they are doing for us this week – cycling their way to Monaco. They all deserve a well-earned rest on Monday that’s for sure.”