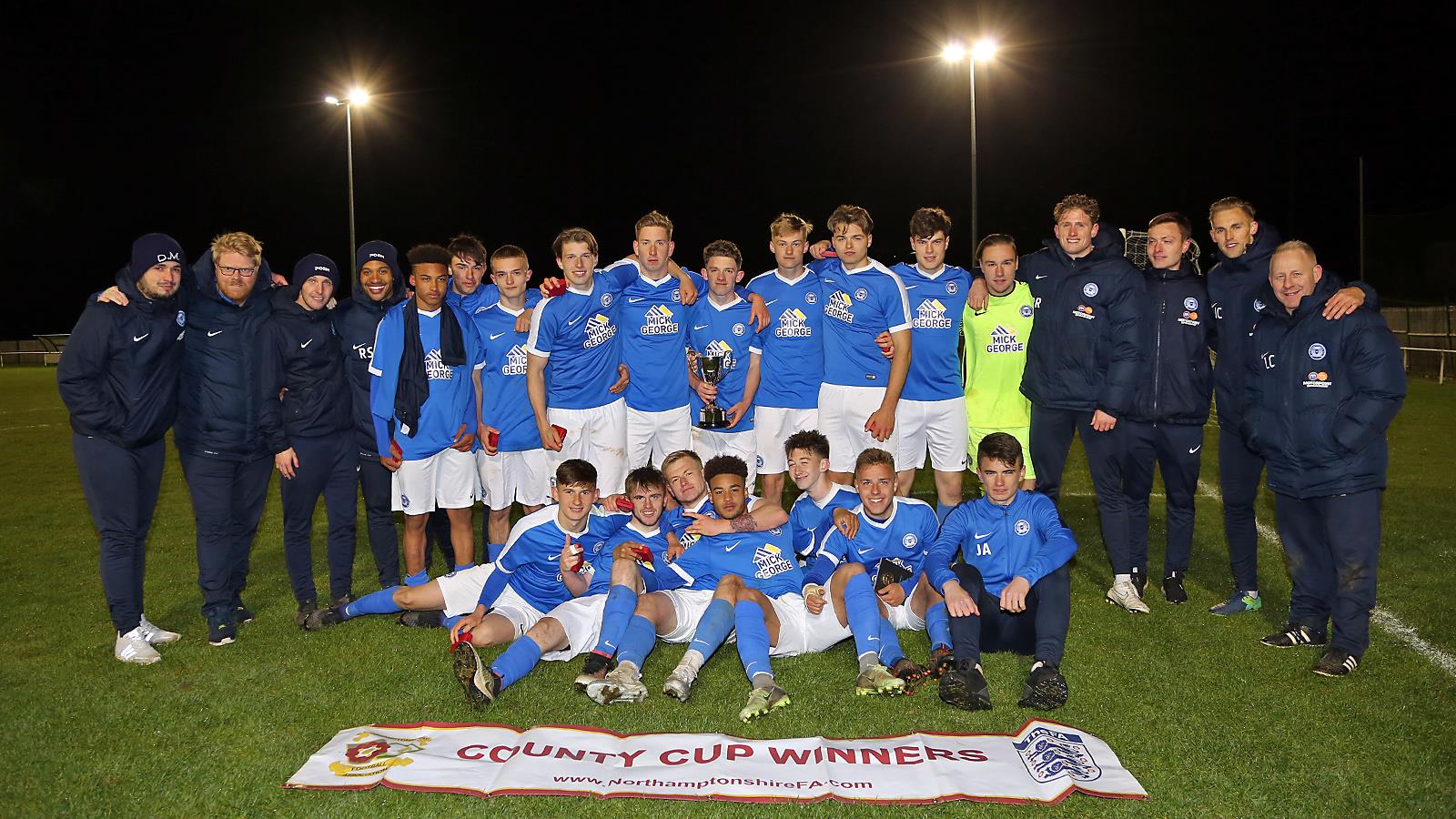 The Peterborough United under 18s recorded a comprehensive 3-0 victory over their Brackley counterparts at Wellingborough Whitworths Football Club on Tuesday night to secure the David Joyce Cup.

Layton Maddison scored a fine brace while striker Josh Davison wrapped up the victory with a close-range finish as Jack Collison's men turned their dominance on the night into goals.

In front of first team manager Grant McCann, the youngsters always looked in control and created a host of chances with Kasey Douglas, Davison and Morgan Penfold all going close, but they were indebted to goalkeeper Lewis Elsom for a fine stop with his legs with the scores level.

Maddison opened the scoring with a calm left-foot finish after a good run and low centre from man of the match Aaron Hart.

The first year scholar then made it 2-0 with a stunning goal, taking a fine first touch on the edge of the box before firing home a fine volley into the corner with his right-foot.

Posh made it 3-0 in the second half when Davison was in the right place at the right time to fire home after Luke Strachan's looping header had crashed back off the crossbar.

Coilison's men pressed for more goals with Ewan Fieldhouse going close, but on a difficult surface, Posh were pleased with their display against tricky opponents.

"I am delighted for the boys because they played some good football on a tricky surface and in truth, we could have scored a lot more goals. Layton took his goals very well and I am pleased for him.

"I think to lift this piece of silverware is reward for all the hard work that the lads have put in since the turn of the year. It sets up nicely for the remaining league games and our aim now is to win the Merit League."