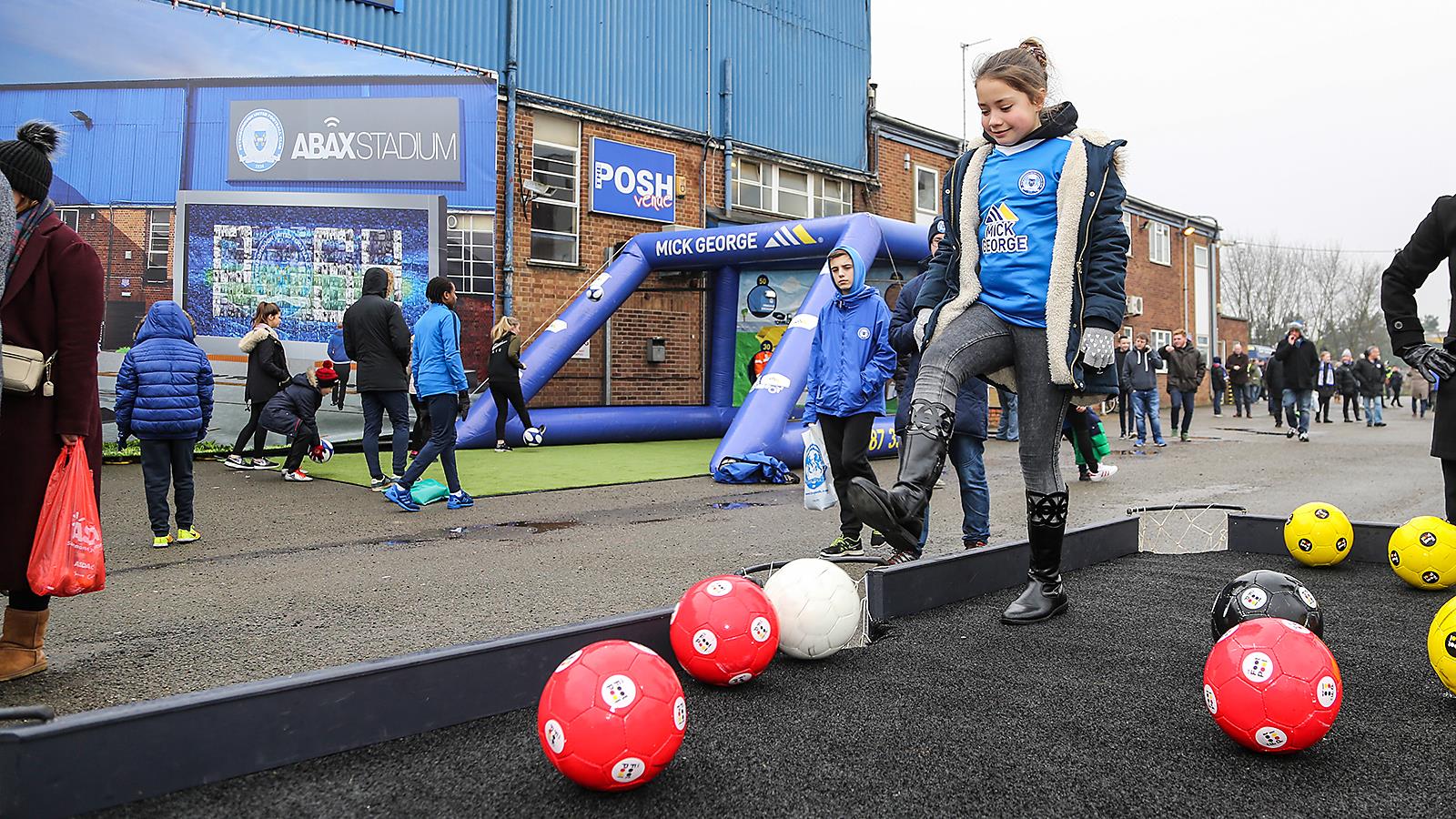 Pre-Match Entertainment At The ABAX

We are pleased to confirm a number of pre-match activities ahead of the final home fixture of the season.

Peterborough United conclude their home Sky Bet League One programme on Saturday when Bristol Rovers visit the ABAX Stadium (3pm) and ahead of kick-off we have plenty of entertainment in and around the stadium.

We are pleased to confirm that the Peterborough Salvation Army will be performing in the fan zone (outside the Posh Venue) ahead of kick-off with the 25-strong band providing a musical backdrop to a number of pre-match activities.

The Mick George Cheerleaders will be in attendance and will be performing a number of routines and Peter Burrow has hinted that he may well be taking part too.

Shirt sponsors Mick George have kindly allowed the football club to use their Inflatable Sports Shootout, which has proved popular at events including the Kit Launch at the start of the current campaign.

Motorpoint will be manning the hugely addictive Footpool game, which will test your accuracy with your feet as well as your skill at finding the target, while a number of Posh players not involved in Saturday's fixture with the Pirates will also be close to the action while Peter Burrow is never far away from the fun.

Not only that, but we are pleased to confirm that Compendium74 will have a stall selling cookies, brownies and much more just outside the Posh Venue. These activities will be manned outside of the Posh Venue from 1pm until kick-off so why not get involved?

Tickets for Saturday's game are available at www.theposhtickets.com, via the Ticketmaster hotline 0844 847 1934* and in person at the ABAX Stadium Box Office.