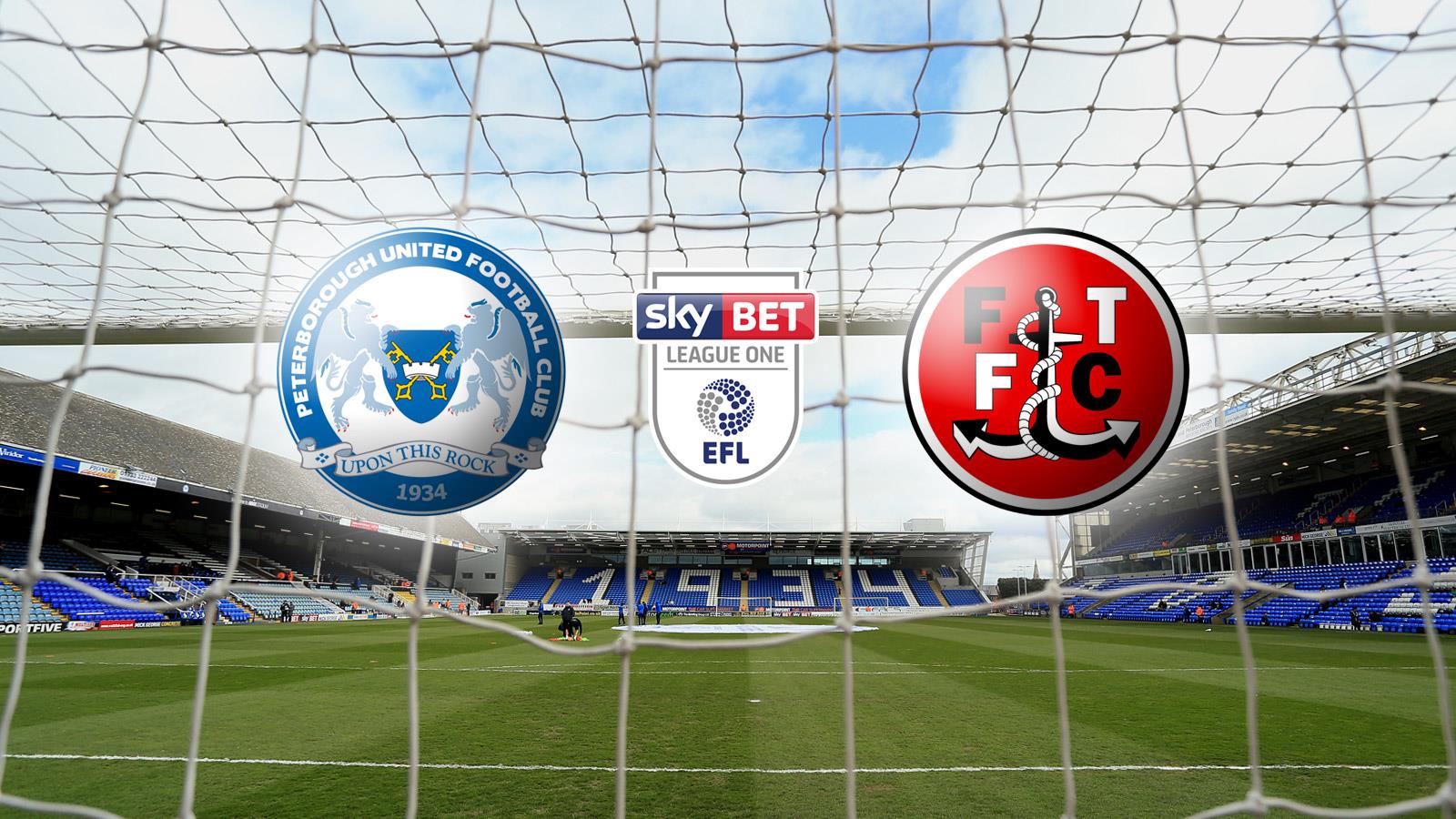 Peterborough United play their part in the League One promotion story as they host Championship-hunting Fleetwood Town this Saturday in SkyBet League One. This game getting underway at 3pm at The ABAX Stadium.

The Cod Army are fighting hard for automatic promotion from our division and currently sit in third place. They are desperately trying to curb a bump-in-the-road of recent form and reclaim second spot from Bolton Wanderers, who currently sit seven points ahead of The Trawlermen. Just two wins in their last seven outings has seen Fleetwood fall from odds on for automatic promotion, to a secure play-off place. In either case it’s a credit to one of the smaller clubs in the division, who reformed just twenty years ago in 1997.

Fleetwood gaffer Uwe Rosler is a tactical manager who seemingly adapts to a different formation every game. 3-5-2, 4-1-3-2 and 4-3-3 have all been used recently, making scouting of this side a real challenge. They utilise all of their squad well and actually have the third-largest squad in the division, at 30 players. By contrast, Peterborough has used the fewest number of professionals this term at just 23. It’s difficult to know what to expect from The Cod Army here, they’re likely to try and control possession, despite being the away side and in the reverse of this tie at Highbury Stadium, were committed to winning every second ball and dictating the power of play. Given their league position, they’d be expected to lead on the front foot again at The ABAX come Good Friday.

Fleetwood’s top scorer this campaign is a player who will be familiar to Poshies and someone who will be quite happy to ruin the party on his return to Peterborough. Centre-forward David Ball has been in lethal form in front of goal this campaign and top scores with 13 goals in their league campaign. The former Manchester City product spent a season at Posh, making 41 appearances and notching nine goals. A short spell on loan at Rochdale followed before he left to join The Cod Army in 2012. Since then he’s worn the Fleetwood red an impressive 169 times, with a return of 39 goals.

Left back Amari’i Bell is another exciting talent to watch for within the Fleetwood ranks. He grew up in the youth squad of Birmingham City and joined Fleetwood in 2015; where he’s gone on to make 81 appearances. He’s joint job assist-maker for his side this term and just loves to power forward down the left-hand side. Despite being predominately a defensive left back, he has been used as a left winger in the latter stages of the league this season. Bell is a very determined player and is best known amongst The Cod Army for his impressive dribbling skills.

Also likely to line-up against ‘Boro is utility player Bobby Grant. He’s a player capable of playing in a number of positions, on the wing, central midfield or up-front and is another outlet with good dribbling attributes. Never making it above League One in his career so far, Grant is one player who will be desperate to see his side promoted, and test himself on a bigger stage. He’s Fleetwood’s’ third most capped player this campaign, mainly owing to his ability to turn his hand at any position. He has a tasty long shot on his and a notable work rate.

Experienced German Uwe Rosler is the man in charge of The Trawlermen and having just past 400 professional games as a head coach, he’s a manager quickly building up experience and reputation. Spells at Brentford, Wigan and Leeds preceded his stay at Highbury, where he’s just past his half-century of matches in charge. In total across his management career, he’s taken charge of 407 games, winning 174. That gives him a win ratio of 42%. By contrast, current Peterborough manager Grant McCann is at 41% from 55 matches in his coaching career. Eddie Ilderton has been given the nod to take charge of this clash. This set to be just his 17th game of the season calendar, after he spends majority of his game weeks as a fourth official. In the 16 games he has officiated, he’s averaged just three cautions per game and has shown red just three times. He refereed Fleetwood last season but hasn’t taken charge of Posh since October 2013, when he oversaw our 1-0 home win to Shrewsbury in League One. No yellows that day.

A Jack Baldwin own goal, alongside a Jack Sowerby strike was enough to give Fleetwood the three points when this pair met back in October. It was a disappointing result and one which kick-started a run of defeats for McCann’s men. As Fleetwood were officially reformed in 1997, there are actually only 5 previous games on record between these two sides. Both sides have won two, with the other a 1-1 draw back in 2015. Interestingly, Fleetwood have won the last two matches between these sides 2-0. The last tie at The ABAX was a 2-1 ‘Boro win, with goals from Coulibaly and Jermaine Anderson.

Interesting fact: In November 2015, former Poshie David Ball was nominated for the FIFA Puskas Award, following an exquisite long range chip against Preston North End. Nominated alongside names such as Lionel Messi and Carlos Tevez, Ball didn’t win the award but was the first ever Englishman to be nominated.

Tickets for this one are cheaper for all areas of the stadium if purchased in advance and tickets are on sale at www.theposhtickets.com, via the Ticketmaster hotline 0844 847 1934* and in person at the ABAX Stadium Box Office.