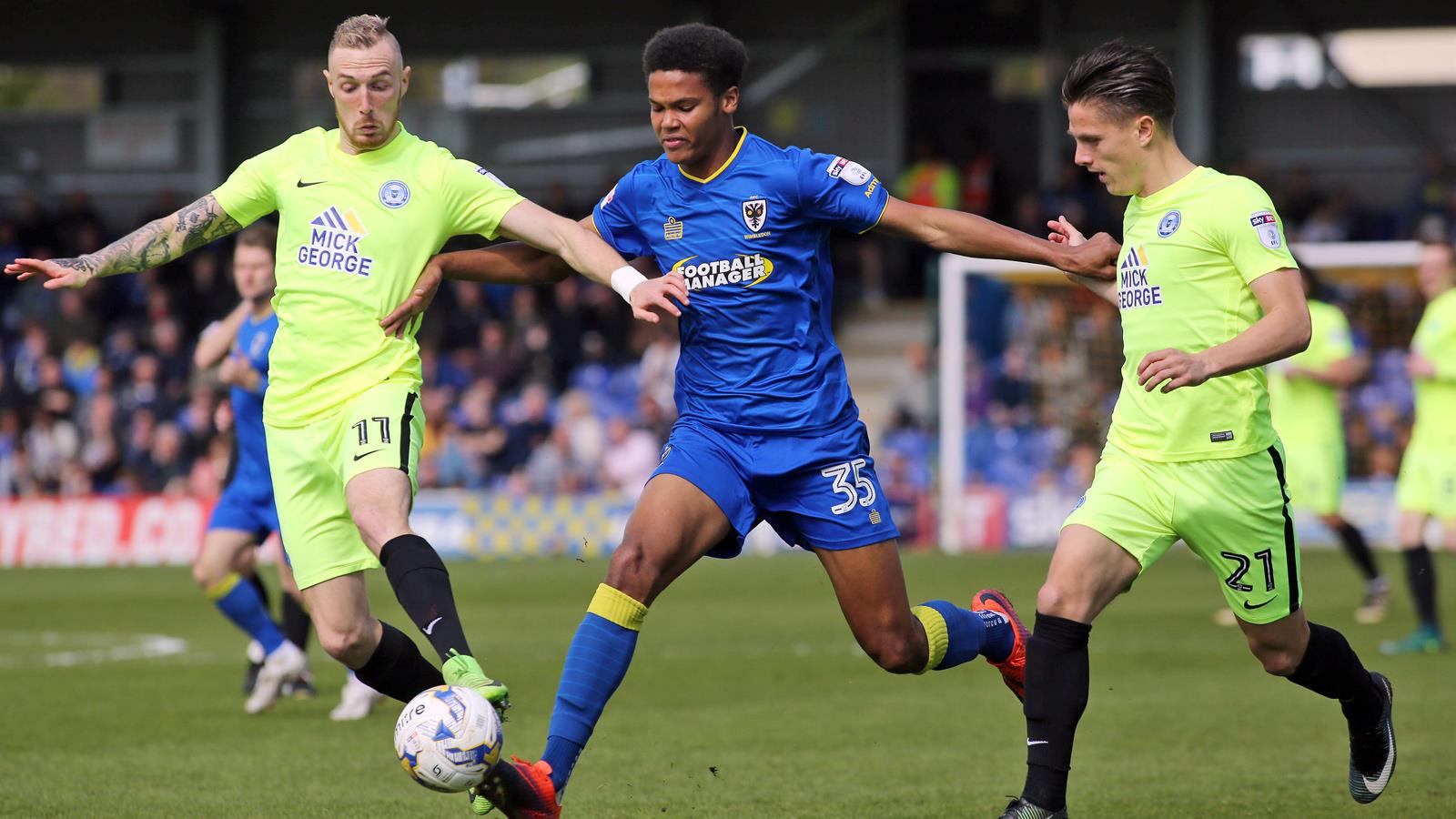 Peterborough United drew 0-0 at AFC Wimbledon in a game of few clear cut opportunities at the Cherry Red Records Stadium.

Marcus Maddison sent a dipping free-kick over the bar from 30-yards after Leo Da Silva Lopes was felled by George Francomb.

Kelly was cautioned for a trip on Maddison on 20 minutes as he tried to make progress down the right hand side.

Maddison tested McDonnell with a crisp left-footed effort on the half hour after his initial free-kick was blocked by the wall.

The Dons struck the woodwork on 37 minutes as a deep cross from Taylor was met by Francomb at the back post but his header struck the base of the post from close-range.

Reeves sent a shot over the crossbar on 41 minutes as the home side tried to find a breakthrough before the interval.

Maddison saw a shot blocked on 54 minutes after a fine Da Silva Lopes pass before the young midfield man fired a volley over from long-range.

Taylor found the side-netting for the Dons after finding a bit of room down the right-hand channel.

McGee was called upon on 59 minutes to deny a fierce effort from Barnett after the home side had taken a quickly taken free-kick.

Grant McCann made his first change on 67 minutes  with Junior Morias replacing Mackail-Smith. Da Silva Lopes was denied by McDonnell on 71 minutes after cutting inside onto his right-foot as Maddison led a swift counter attack.

Paul Taylor replaced Chettle for the final 10 minutes of proceedings with the Dons also making changes. On 84 minutes, the Dons wasted a golden chance to score as a right-wing corner was met by an unmarked Robinson, but he couldn't keep his header down from six-yards.

Morias saw a late volley deflect wide for a corner before the referee brought an end to the contest and it is a point apiece.