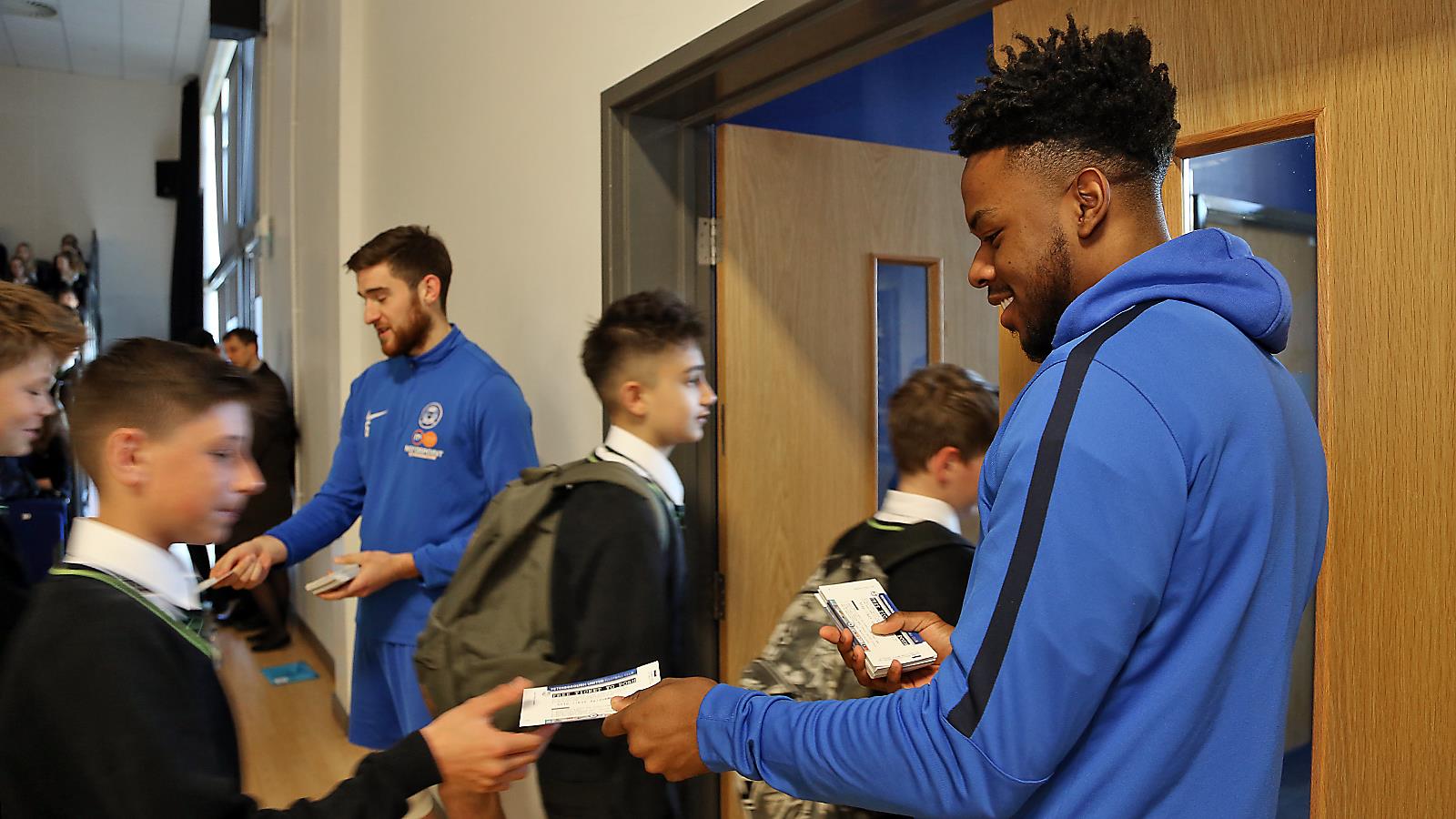 Players visit Nene Park Academy as part of the club's partnership with the school.

Throughout this week, Peterborough United players have been part of the Nene Park Academy assemblies as part of the club's partnership with the school, which is next door to the Mick George Training Academy.

The assemblies were arranged to strengthen the link between the school and the football club with every student within the school obtaining a free ticket to watch a forthcoming Posh fixture at the ABAX Stadium.

Alongside the mascot Peter Burrow, Tom Nichols, Jermaine Anderson, Ryan Tafazolli, Jack Baldwin and Leonardo Da Silva Lopes spent time with youngsters and moving forward, the first team squad will be a regular feature at the school in a range of different projects.

Da Silva Lopes is well known to pupils at the school as he has been educated at the school for the last two years. He recently made his 50th career appearance for the club, the youngest player to reach that milestone since Matthew Etherington.