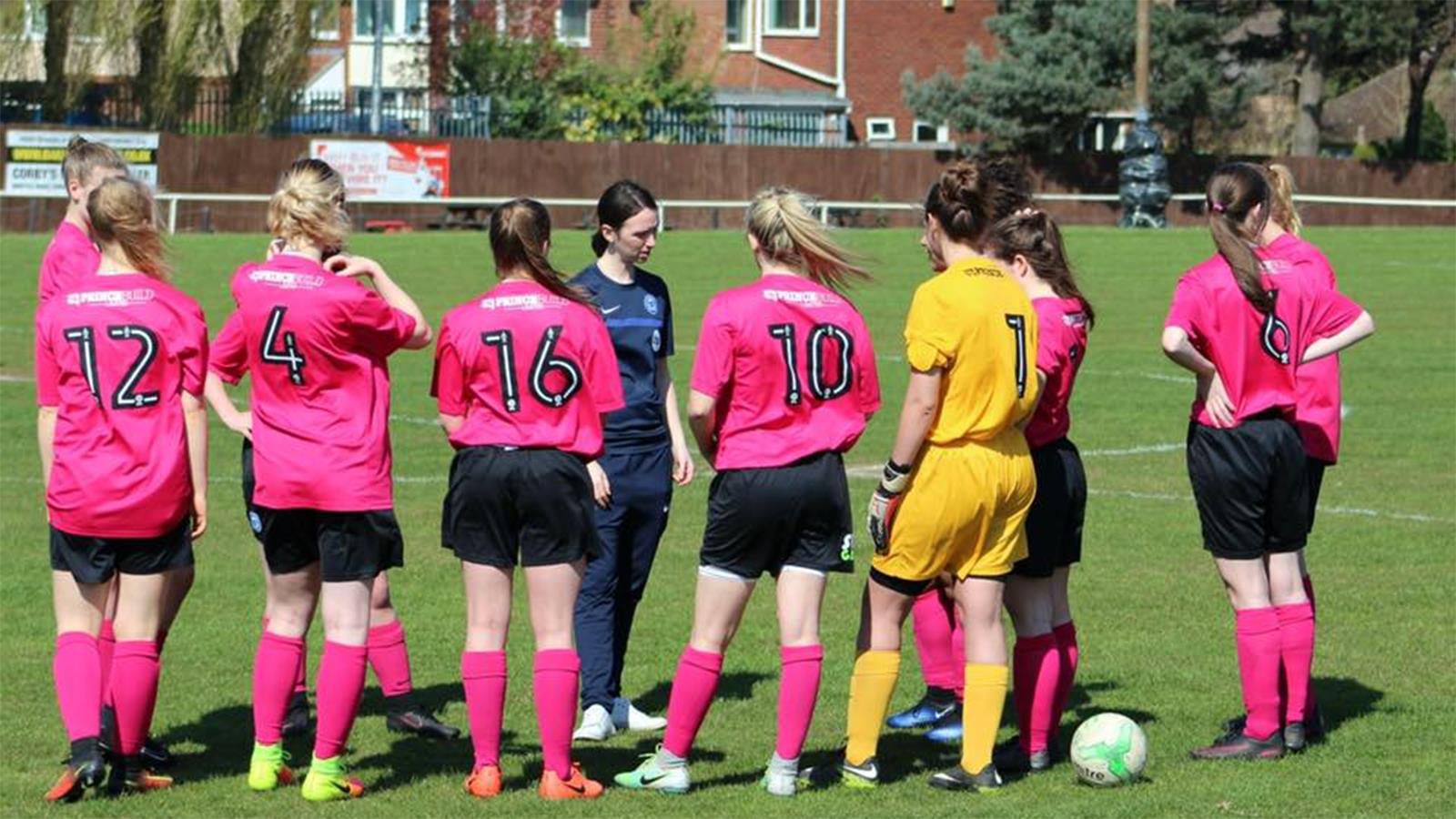 Peterborough United Ladies consolidated their grip of at least attaining the Runners Up spot for Division 1 South of the East Midlands Women's Regional League with a comfortable 5-1 win against Corby S&L.

The Ladies dominated the match but both teams were hampered by the swirling winds which forced the Ladies to keep possession of the ball. The game came to life in the 37th minute when Jess Driscoll chipped the Corby keeper from some 20 yards to make it 1-0. Three minutes later Driscoll made it 2-0 when she turned in a cross from close range which beat the goalkeeper.

Peterborough United Ladies continued to dominate in the early second half and Kier Perkins continued her fine form with a right footed strike in the 48th minute to make it 3-0. Two more goals from Perkins in the 75th and 89th minute completed her hat trick. Corby did gain a consolation goal but it did not change the outcome of the match.