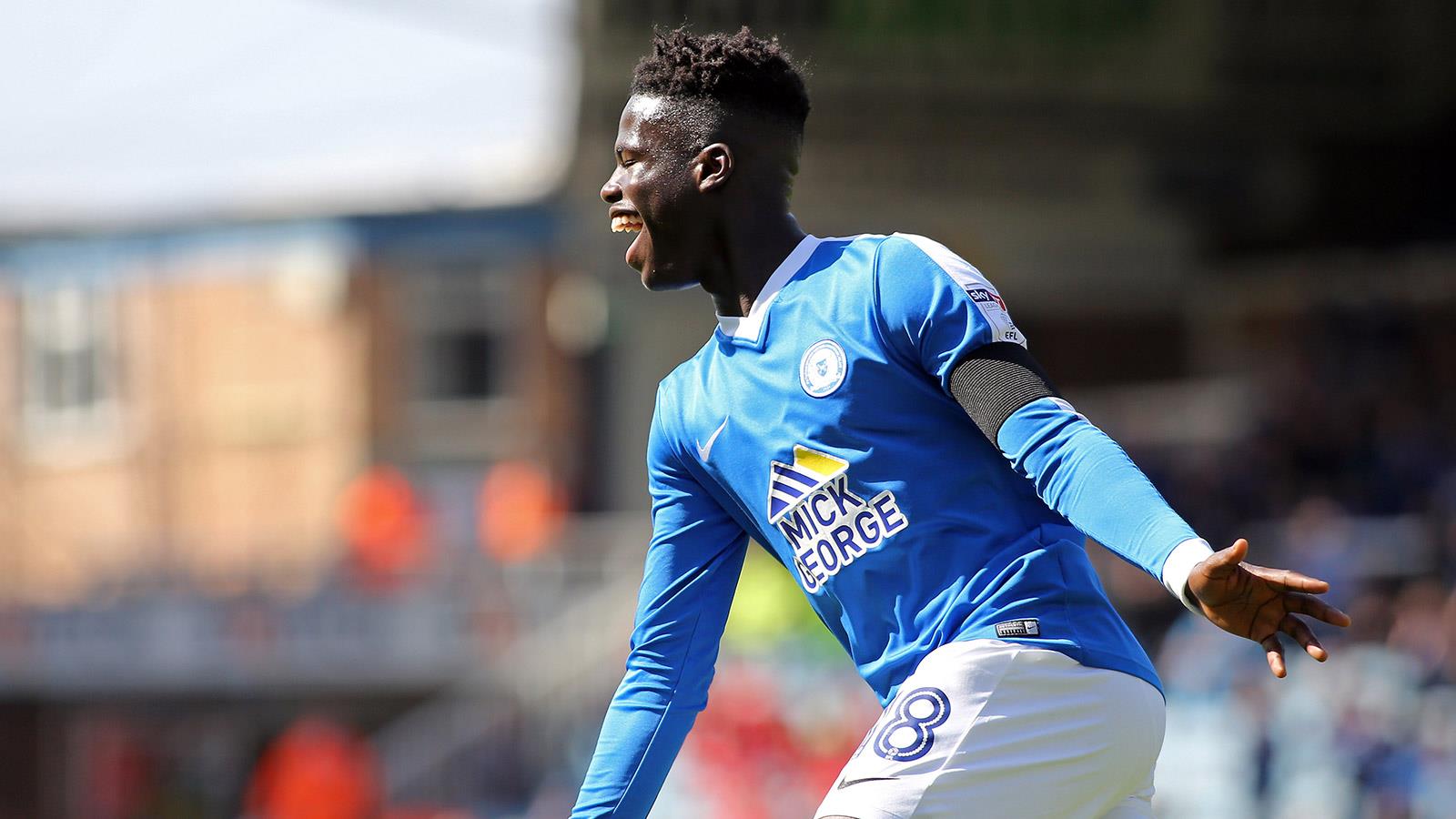 Leo At The Double In High Scoring Posh Win

Posh finish their home campaign with an emphatic victory.

Peterborough United ended their home campaign in Sky Bet League One with a comprehensive 4-2 victory over Bristol Rovers at the ABAX with teenager Leo Da Silva Lopes netting a brace, his first goals in the EFL.

Chris Forrester sent a shot wide of the target on six minutes after a lively start by both sides in the spring sunshine at the ABAX Stadium.

The deadlock was broken on 16 minutes and what a goal it was too, Maddison and Nichols both involved, the latter finding teenager Leo DA SILVA LOPES who rifled home a low shot into the bottom corner past Lumley.

Harrison blazed over at the other end with the striker lucky not to escape a booking after a late challenge on McGee. The bearded Sinclair tested McGee with a low effort on 19 minutes from the edge of the box, which the loanee keeper did well to hold.

The visitors were awarded a spot-kick on 23 minutes as Da Silva Lops was adjudged to have nudged over Moore in the box. Ellis Harrison stepped up from the spot, but McGee made a fine save diving to his right to keep it out.

It was 2-0 to Grant McCann's men on the half hour mark as a superb raking pass from Nichols picked out MADDISON, the defender tried to nudge it towards the keeper, but the former Newcastle and Gateshead man lofted it over the keeper with his right-foot and into the back of the net.

Mackail-Smith was denied by Lumley after linking well with Nichols on 33 minutes. Lumley was then well positioned to deny Forrester after the skipper's one-two with Mackail-Smith.

Lumley was called upon again to deny Forrester on 40 minutes after a low effort from range. Bodin struck a post for the visitors on 43 minutes with a downward header after a cross from the left.

Bodin was denied by McGee on 49 minutes before there was a delay as Forrester recieved treatment after landing awkwardly following a physical challenge.

Nichols saw a left-footed shot blocked on the six-yard line as Posh went in search of a third goal. Bodin flashed a shot over the bar at the other end after a patient Rovers build-up.

It was 3-0 to Posh on 56 minutes and it was 18-year-old Da SILVA LOPES on target again, it may well have been an attempted low cross, but it squirmed under the legs of keeper Lumley and rolled over the line.

On 66 minutes, Posh made it 4-0 with Maddison securing assist number 16 of the campaign, a subline pass to MACKAIL-SMITH who took a touch and then rifled the ball into the back of the net.

Maddison was immediately withdrawn to a standing ovation with Andrea Borg at 17-years-old introduced for his second appearance of the season.

Mackail-Smith was withdrawn on 68 minutes to McCann with all corners of the ground rising to acclaim the striker who could well have made his final appearance at the ABAX Stadium.

Bostwick saw a powerful drive tipped around the post by an overworked Lumley as the crowd changed for five. One-time Cambridge United front man Rory GAFFNEY reduced the arrears with a fine turn and crisp finish on 85 minutes from just inside the box

Two minutes in stoppage time, GAFFNEY reduced the arrears again with a low finish after finding room in the penalty area.