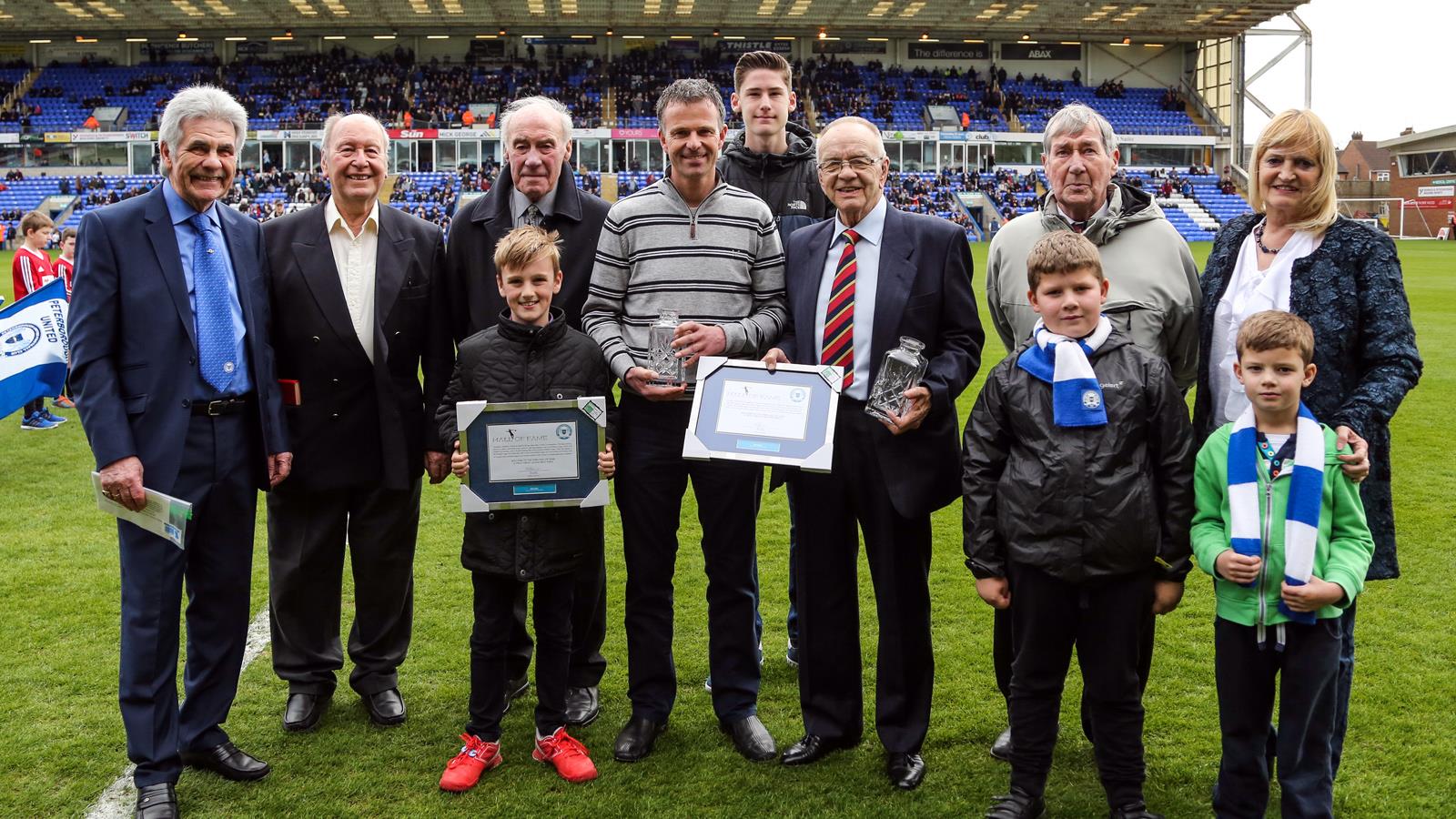 Ray Smith and the late Billy Hails inducted into the club's Hall of Fame.

Ahead of Saturday's victory over Charlton Athletic at the ABAX Stadium, the football club were pleased to induct Ray Smith and the late Billy Hails into the prestigious Hall of Fame.

Hails was represented by sons Julian, Kevan and Russell with grandsons Tom, Matthew and Alex also in attendance.  Graeme Bell, brother in law of Billy and his nephew Chris Bell were also present to see Hails, who made 318 appearances for the club, scoring 114 goals inducted.

The family have also made the arrangements for the funeral public. It will take place on Thursday 13th April, at 3.20pm at the West Herts Crem, High Elms Lane, Watford WD25 0JS, afterwards at The Royal Oak, Gallows Hill Lane, Abbots Langley, WD5 0ET.

Ray Smith was joined by his son Paul and friend Fred Truss and Eileen Stafford, wife of the late Ellis. Smith made 236 appearances for the club, scoring 114 goals.

Plus from the 1960/61 team, Roy Banham, Jim Walker and Peter McNamee were present to see their former team-mates inducted.