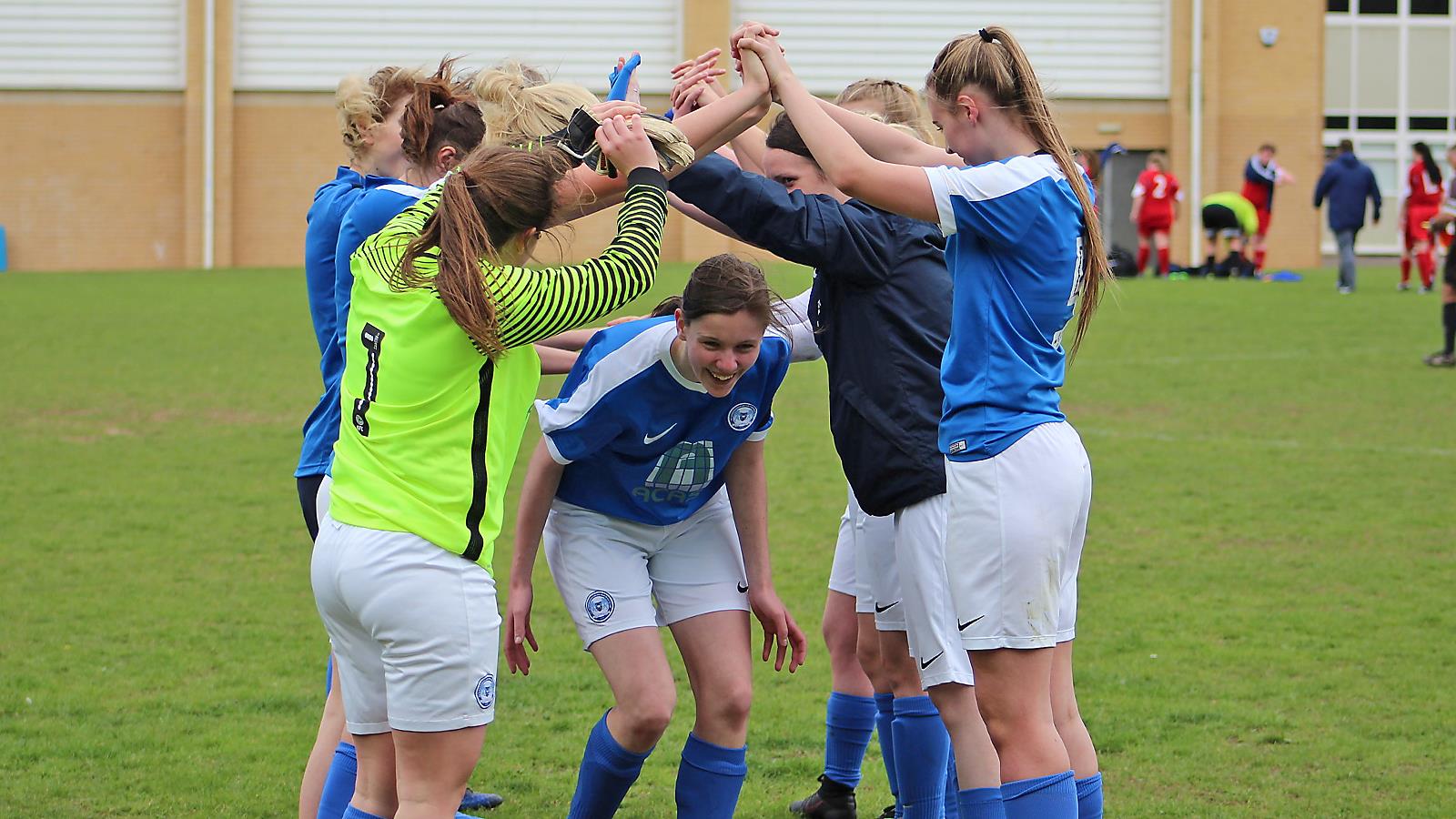 Ladies conclude home campaign with a rout of AFC Leicester.

Peterborough United Ladies 1st Team completed their home league campaign with an impressive 6-0 win against AFC Leicester. The ladies dominated from the start and went 1-0 up after 16 minutes thanks to top goal scorer Keir Perkins.

Posh doubled their lead two minutes later through winger Emily Smith, who coolly converted a driven cross courtesy of Jess Driscoll. Driscoll added the third on 22 minutes – latching onto a through ball and finishing low to the keepers right.

Posh continued to threaten in the second half and Perkins doubled her tally for the afternoon to make it 4-0, just inside ten minutes from the restart. Influential midfielder Amy Challis bagged goal number five, before Smith completed the rout with her second of the game.