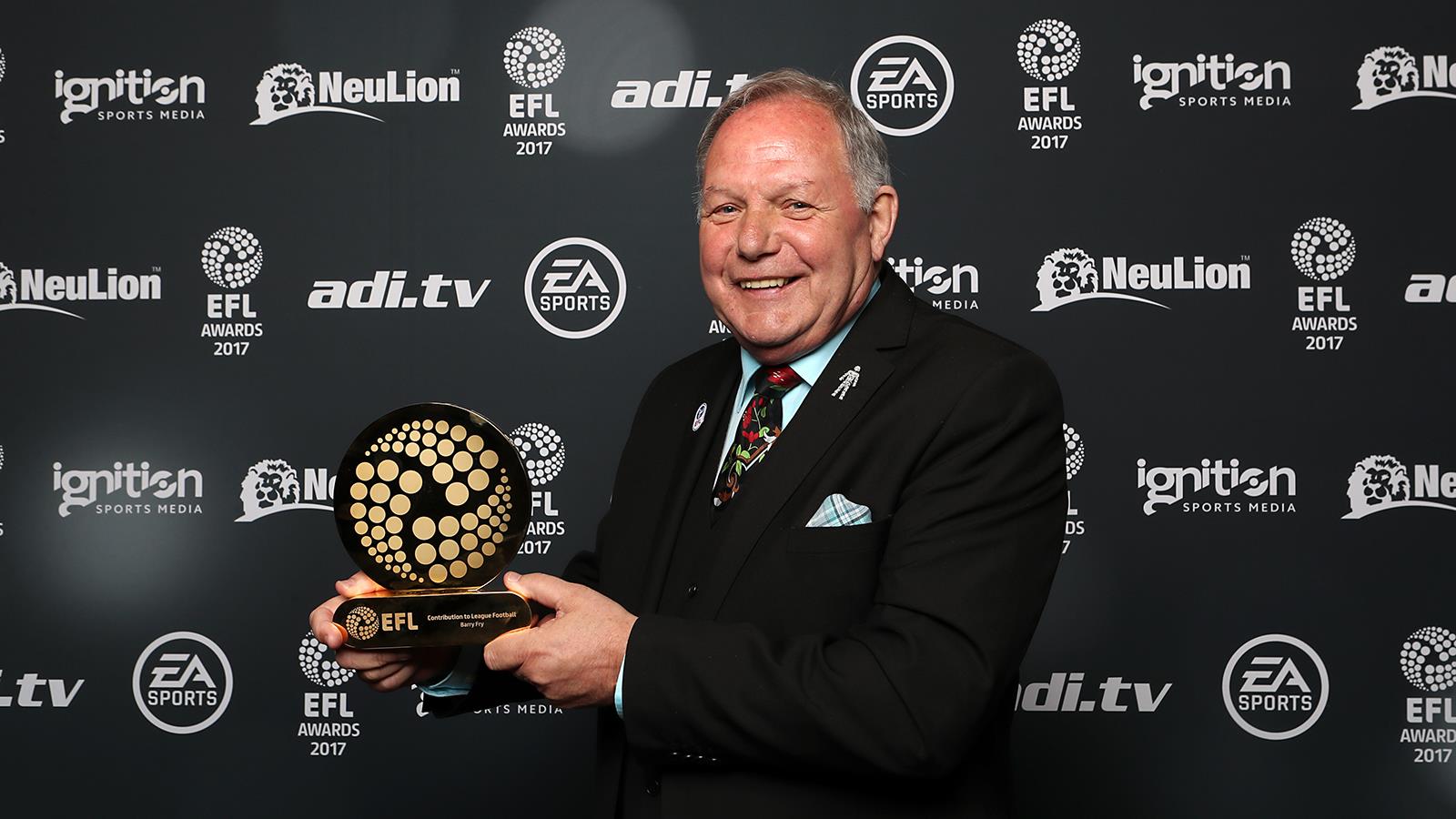 Barry Fry has won the Contribution to League Football Award at the 2017 EFL Awards.

The Peterborough United Director of Football, who has been in football for all of his life, picked up the gong at a prestigious event in London on Sunday night.

The Contribution to League Football Award is the EFL’s most prestigious award and is presented annually by the Board of the EFL to an individual who has given a lifetime’s service to the professional game on and/or off the pitch. The recipient of the award receives a special gold trophy honouring their contribution to the game.

Whether it is with Southend, Birmingham, Barnet or Peterborough United, Fry is a man who has left his mark. Filling job roles both on and off the pitch, from player to manager to director of football, he made a name for himself for his immense passion for the game and his erratic and enthusiastic approach to football. A character the EFL wouldn’t be the same without.

After collecting the award, Fry said: “It is absolutely wonderful and it is the best award I have ever received in football. I am a football nut and to get this award to recognise my contribution to the game is amazing. Peterborough United means everything to me. I still love every minute of it.”

Everyone at Peterborough United would like to congratulate Barry on a thoroughly deserved award.