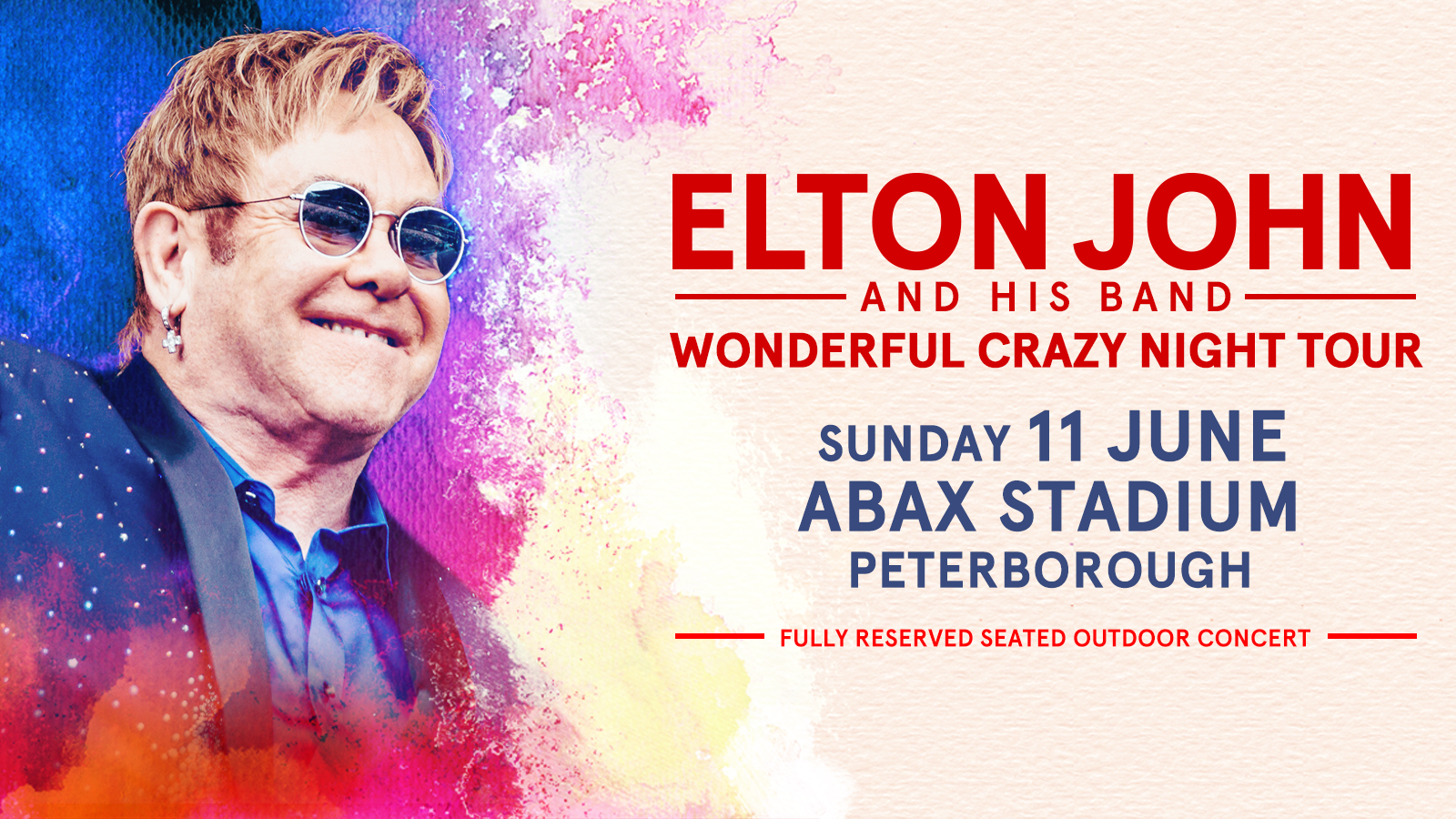 Elton John is commemorated as the first ever worldwide record store day legend and will release his incredible live album '17.11.80+' on Record Store Day, April 22nd 2017, the 10th anniversary of Record Store Day.

The legendary album is released on vinyl in newly expanded form with six previously unreleased tracks; this format is a 2 LP set on 180GM vinyl, remastered by Bob Ludwig.

‘The album ‘17-11-70’ was not meant to be a live one at all; we did one of the first-ever stereo radio broadcasts live at A&R Recording Studios in New York City in 1970 on the 17th of November. It was Phil Ramone’s studio, one of the greatest producers of all time, and we just went in the booth and played it as a three-piece: Nigel Olsson on drums and vocals, Dee Murray on bass and vocals, and myself. There was a studio audience of about 100 sitting outside the booth, hearing it coming through the loud speakers, and we just played. I’m astonished by how good we were, listening to this record. A lot of it was improvised, and you can do that when you’re a three-piece band because I’m really the lead instrument, and Dee and Nigel were so brilliant at following what I did. There’s a 16-minute track on it that was completely improvised, more or less, and I’m very proud of it: I think it’s one of the greatest live albums ever made. It wasn’t initially coming out as a live album, but there were so many bootlegs in those days that the record company put it out. I’m glad they did because it really is something I’m very, very proud of’. Elton John said.

‘Happy 10th birthday to Record Store Day. I love record stores, I can go to the record store in Vegas and spend 3 hours in there. Just the smell of it, the looking at it, the wonder of it, the memories. I love vinyl so much; the tactile nature, the ritual of it, looking at the sleeve...especially with the old albums and the liner notes - who played on them, the process of putting it on, the needle going on and the sound coming out. And it DOES sound better, I know it does! It’s just the wonder of having vinyl’.

In November 1970, Elton John performed an intimate concert at A&R Studios in New York, recorded for WABC FM. In front of 125 people, Elton played in his then three-piece line up of himself, Dee Murray on bass and Nigel Olsson on drums. Intended for broadcast only, its pristine quality – engineered by the legendary Phil Ramone (the ‘R’ in A&R Studios) – meant that the recording of the performance became a fast-selling bootleg. Sales were so great that it had to be rush-released as 17.11.70 on DJM Records in April 1971, capturing six of the concert’s tracks on a single album.

However, 17.11.70 often seemed a footnote in Elton’s history, overlooked in contrast to his invincible run of studio albums (and he was productive – this would be his fourth album in two years). By the time he’d become a superstar a handful of years later, when 17.11.70 was picked up in the racks, the track titles confused all the new Crocodile Rockers and Saturday Night Fighters.

17.11.70 is a fascinating artefact: this is the Elton that America fell in love with at the start of their long affair; it offers pure, stripped back performances of those off-kilter, beautiful songs written with Bernie Taupin that invented Americana long before it became a thing. The album was originally released on May 10, 1971 and entered the Billboard album charts on May 29, peaking at No 11. Elton was the first artist since the Beatles to have four albums charting simultaneously in Billboard’s top 100 albums. Incidentally the live photos on the front and back covers of the album were shot at Elton’s first ever shows in America, at the legendary Troubadour in Los Angeles, a performance that has gone down in history.

This special exclusive Record Store Day edition of 17-11-70+ reinstates six further songs from the concert and thus it is, at last, the most complete edition of the show available. The version of ‘Amoreena’ here has never been released on vinyl. This is a record of which Elton is tremendously and rightly proud. With its mixture of originals and then-recent covers (Elton takes on the Stones, the Beatles and Elvis as if to say ‘I’m going to be joining you at your level soon’), 17-11-70+ is a perfect capture of the warmth, humour and showmanship of a 23-year-old on the brink of international fame.

A1 Take Me To The Pilot

A3 Sixty Years On

B1 Bad Side Of The Moon

B2 Burn Down The Mission (Incl. My Baby Left Me / Get Back)

D2 I Need You To Turn To   Previously unreleased bonus track

Record Store Day is the one day of the year when over 200 independent record shops all across the UK come together to celebrate their unique culture. Special vinyl releases are made exclusively for the day and many shops and cities host artist performances and events to mark the occasion. Thousands more shops celebrate the day around the globe in what’s become the biggest record-buying event on the music calendar.

Vinyl releases have been a core part of Record Store Day since its launch and Record Store Day has in turn spearheaded the UK vinyl revival. In 2008 there were just over 75,000 vinyl albums sold in the UK. Propelled by Record Store Day, sales reached 3.4 million in units in 2016, representing 14% of physical albums market.

Elton John will be playing a series of UK dates beginning June 3rd including at the ABAX Stadium on Sunday 11th June. Tickets are available at www.ticketmaster.co.uk