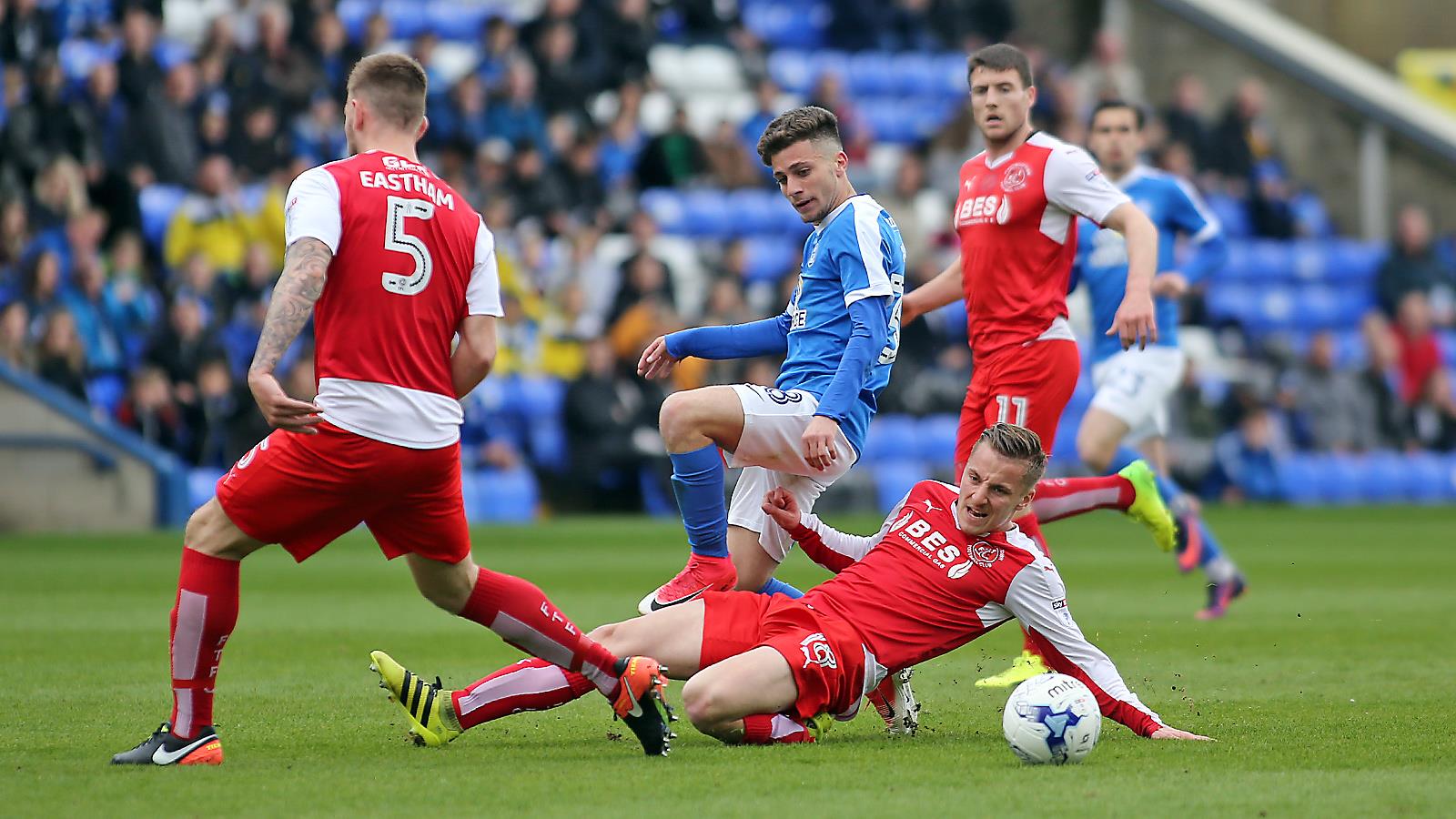 Cod Army March On After Victory At ABAX

A youthful Posh side were beaten 2-1 by promotion chasing Fleetwood Town.

A Peterborough United side containing four players under the age of 19 were beaten 2-1 by promotion-chasing Fleetwood Town at the ABAX Stadium.

Andrea Borg and Lewis Freestone were both handed their first starts while Callum Chettle made his first league start since December.

McGee was forced into a save inside the opening 30 seconds, beating away a fierce drive from Ashley Hunter.

Mackail-Smith floated an effort into the arms of Cairns on 11 minutes after a wonderful reverse pass from teenager Andrea Borg making his first appearance in the senior side.

A low Ashley Hunter effort was well gathered by McGee on 13 minutes after Fleetwood created a bit of space on the edge of the Posh box.

Bobby Grant fired into the side-netting on 20 minutes after the Cod Army created an opening down the left. Ball sent a shot inches past the post moments later as the breakthrough was nearly found by Uwe Rosler's men.

On 24 minutes, the visitors got themselves in front, Ball unselfishly squaring for GRANT who had the simply task of slotting the ball home from close-range.

Grant then cleared off the line before McGee smothered from close-range to deny Pond as Fleetwood pressed for a second.

It was 2-0 to a dominant Fleetwood on 42 minutes as a low cross into the box was tapped home from close-range by EASTHAM.

Bostwick sent a curler just wide of the target just before the one minute of added time was indicated by the fourth official.

Posh made a change at the break with Junior Morias replacing Callum Chettle. Maddison tested Cairns from a set-piece after Borg was felled 35-yards from goal.

Chris Forrester replaced Da Silva Lopes in the second change made by Grant McCann less than 10 minutes into the second period.

A nice passage of Posh football on the hour mark created a half chance for Mackail-Smith, but keeper Cairns got away with clattering the front man and the chance was gone.

On 67 minutes, Posh reduced the arrears and it was yet another assist for Marcus Maddison, his 15th of the season - a strong run down the left and a perfect centre for MACKAIL-SMITH who prodded home his 103rd goal for the club.

Mackail-Smith was somehow denied by a fine Cairns stop on 82 minutes after a fine left-wing centre from Smith as Posh pushed for a leveller.