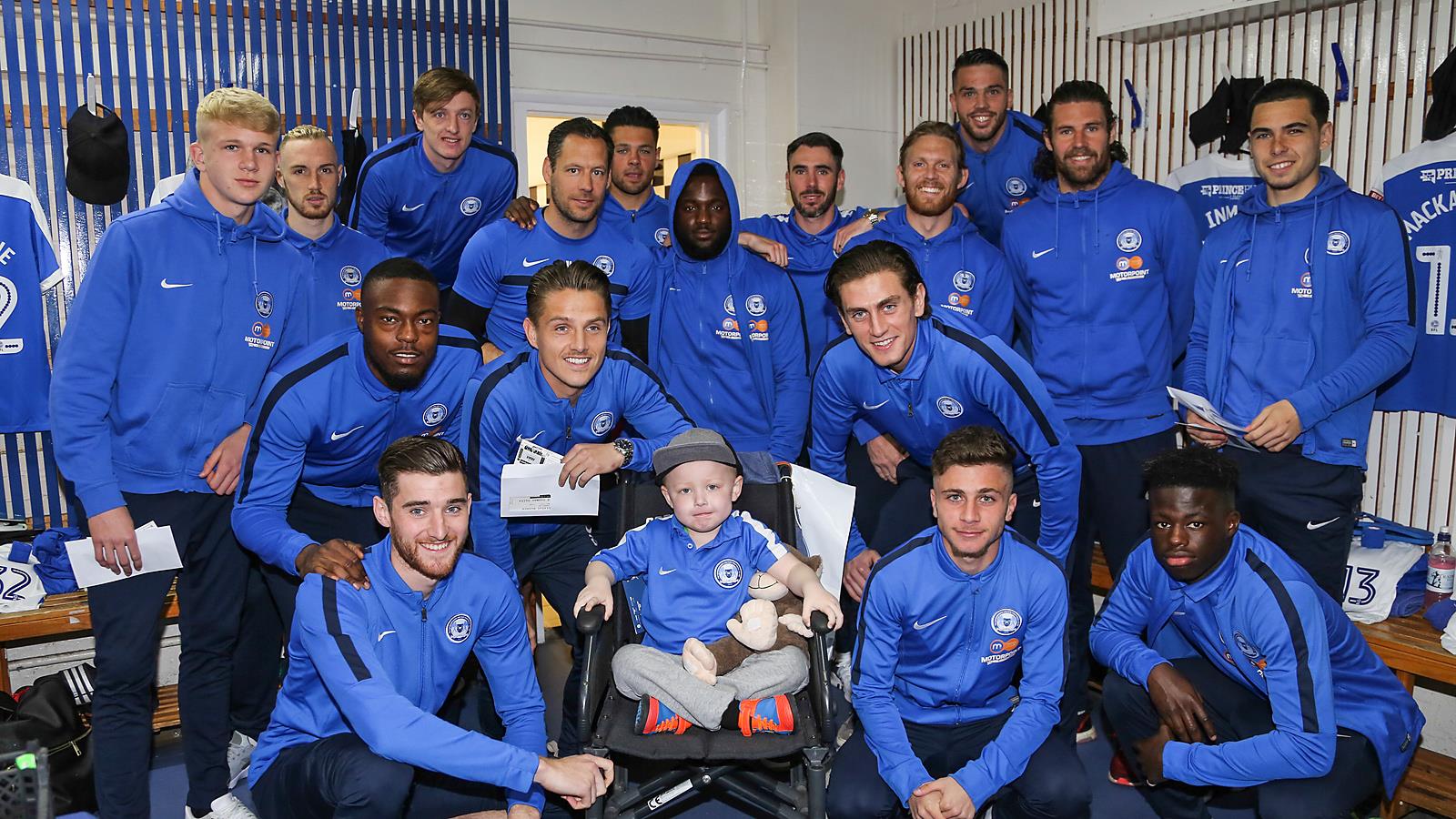 Caleb Has Day To Remember At The ABAX

Youngster Caleb Hyland was the club's special guest at the final home fixture of the season.

After visiting the Peterborough United Club Shop with his family at a recent takeover, youngster Caleb Hyland made an impression on everybody who met him.

After obtaining the signatures of Mark Tyler, Jerome Binnom-Williams and Marcus Maddison, he then proceeded to have a kickabout with Marcus in the store.

The five-year-old is currently battling leukaemia and underwent a bout of chemotherapy this week. After hearing how much of an impression the visit to the Shop made on the youngster, chairman Darragh MacAnthony set the wheels in motion to create a memorable day at the ABAX Stadium.

Caleb was invited to watch the Sky Bet League One fixture with Bristol Rovers at the ABAX Stadium from the chairman's seat in the Director's Box alongside his family and ahead of kick-off, spent time in the dressing room meeting the squad.

He was introduced to Mick the Skip and Peter Burrow and met Director of Football Barry Fry and Chief Executive Bob Symns. He proved a good luck charm for the team as goals from Leo Da Silva Lopes (2), Marcus Maddison and Craig Mackail-Smith earned a 4-2 win. (in fact, at the time that a sleepy Caleb left the ground, Posh were 4-0 to the good).

Chairman Darragh MacAnthony said: "When I heard about the impact that the visit to the Shop made on Caleb, I got in touch on Facebook with the family to invite them to our game and sit in the Director's Box. I was in the States at the time, so was unable to meet him on the day, but I understand he had a great day and that shows the power of the football club. I wish Caleb well with his recovery."

His family have contacted the club to say thank you for wonderful day. "It made a little boy very happy".